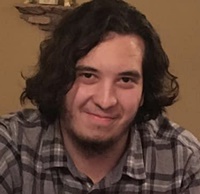 Dust, dirt and the musk of the breeze. For a short while, all was silent. The hushed breaths of those gathered nearby made hardly any difference. Suddenly, the silence was interrupted by the light jangling of spurs. A large, foreboding shadow drew closer to the crowd, increasing in size the further away it stepped from the sun. The figure providing the silhouette stopped dead in his tracks and lightly kicked the dirt in front of his tall, leather boots. Raising the brim of his hat revealed a pair of heavy eyes, slowly surveying the crowd before him. “High Noon,” he muttered underneath his breath, practically undiscernible to his audience. The nearby clock tower’s bell began to chime. Once. Twice. Three times. By the time the bell had reached its twelfth toll, practically no one had moved at all.

Another short breeze hit the streets, sweeping away the dirt in its path. The sun burst down to the ground, peeling the paint off the doors of saloons and schoolhouses. Though no shadow appeared, it was clear that another figure was approaching by the sounds of his footsteps. They echoed throughout the town from dozens of feet away. His long, black coattails dragged across the road with each step forward. With no indication, he too suddenly stopped. Daughters clung to their mother’s legs at the mere sight of this individual, recognizing his face from the near countless “wanted” posters around the town. His name was infamous, that of town legend.

“Quick Clint,” remarked the man parallel to him. “Nice of you to show up.” He tipped his hat to his rival.

“Alright,” said Quick Clint, wiping the sweat off his brow. His voice was gruff, as if he were speaking through a permanent cough. “That’s enough. I said I’d meet you here at high Noon, and here I am.”

“A man of his word,” the other man remarked.

For the first time, the onlookers chuckled at the pair’s banter.

“SHUT IT,” said Clint. Their smiles vanished instantly, reverting to a pale, attentive glance.  “Now listen here, Young Lenny. I’ve had just about enough of your shit. I’d say I’ve been looking forward to taking you down all week, once and for all.

“How’s about we get things started then,” said Young Lenny through an arrogant smirk.

“You get him, Young Lenny,” one of the townspeople cried out. With no hesitation, Quick Clint shot him down in cold blood.

“Any other fans want to speak up?” Clint asked, casually sliding his smoking pistol back in its holster. The civilians all shook their head simultaneously.

Young Lenny observed the crowd that had gathered and eased his stance. His eyes fixed back to Clint’s eyeline. “Why’re you doing this, Clint?” He asked. “You’re a menace. You force these people to fear their own lives.”

“This is what life is,” Quick Clint barked back. “Survival of the fittest. It’s a test of nerves.” His eyebrows titled downwards, creasing his worn, leathery skin to form a menacing glare. Young Lenny’s hand gradually fell to his side, hovering over his gun holster. Clint smirked, letting out a light laugh. His callused fingers gripped the trigger of his rusted Smith and Wesson. Lenny nodded his head and began to pace backwards. Once, twice, three times. A somber expression washed over his face.

“Any last words?” asked Clint. “I know you’re a talker, so for the sake of all of us, how’s about we keep it brief, huh?”

“That’s a good one,” said Young Lenny. “I can see why they call you Quick Clint.”

“You know damn well why I’m called that. Now quit stalling, give me something good to remember you by.”

Young Lenny sighed, looking down to his feet. He raised his head to take one short glance over the crowd, revealing a smug look to his face. “You know, Lenny. I must say, you’ve given me enough grief to last a man a lifetime.” He slowly pulled his gun out of its holster. Clint let out another chuckle, and the two aimed their weapons at one another. Before their fates could be determined, a slight whistling noise started to catch their ears. The sky grew darker as a shadow began to obscure the ground below. Dirt, leaves and tumbleweeds scattered in the wind, while the windows of the town cracked at the pitch of the sound. Glasses and bottles in the town saloon shattered after being knocked to the floor. Young Lenny and Quick Clint glanced upwards with pure confusion.

“What in the hell?” asked Clint. Suddenly the unknown object fell to the ground and exploded in an instant, obliterating everyone and everything in its path. After the dust of the impact had settled, a monolithic, mushroom shaped cloud of smoke emerged, temporarily obscuring the ashes of the former town. There was no victor in the showdown between man and man. That’s what life is, survival of the fittest. The frontier had ended. The nuclear age had begun.

Tyler Partnow is currently studying Creative Writing in Orlando, Florida. In his free time, he likes to scour flea markets for 8-Track tapes.  Follow him on Twitter @Tyler_Partnow.