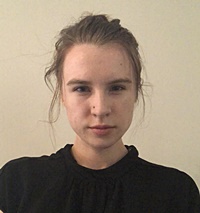 I never made a decision for myself, not until I moved out just shy of my twenty second birthday. After I won a merit scholarship of $25,000 (and later, was given $100,000, as one of the two lucky winners awarded a Browns Scholar) it was decided for me: I was a Wesleyan Wildcat. Owensboro was sleepy and stoutly conservative. Billboards were plastered with aborted fetuses and hotlines for religious intervention; everything (which wasn’t much) was located on either side of a long stretch of Frederica St. I was a varsity athlete, a tutor, a job to which I showed up to late or sometimes not at all, and on Dean’s List three of my four semesters despite having a mild dependency on Benadryl. The friends I made were surface level; they were people I smoked with frequently, but sitting in the back of the SUV, windows down, cold air rushing in and street lights streaming together, I was a stand-in because people there were different. Not mean to you directly, which would be preferable, but they wouldn’t so much as look your way.

I met Josh on Tinder, who was from just across the river in Indiana. He was 32. I was finishing up my sophomore year. I liked the fact that he was older, and he always offered to pay for our dates. For maybe the first time in my life, someone was taking care of me, instead of the other way around. He was a cop, something he took seriously. I was 20, so basically 21, and every time I stepped foot in his apartment I would eye the collection of alcohol cluttered on the countertop. “No,” he always said, unequivocally. Whenever I spent the night, he was up at 5, and would spend minutes tracing my body, playing with my hair, before driving me back as the radio blurted out staticky interruptions.

He never stopped asking me to come upstairs. I’m not a girl who says no to anything. Hanging out on my day off. Coming in early. Splitting the bill when all I ordered was water. If I muster up the courage, there’s hesitance before I hem and haw and hope that someone else intervenes for me and tells me that it’s ok-that I don’t need to do it. But before I get that sign off, it’s difficult, and my own needs and desires are off the table. He may have asked me for consent, but he just did it to cover his own back. He knew the real answer, he wasn’t invested in my personal feelings if it didn’t result in his own gratification. And that to me is just as evil as not asking at all.

He didn’t use a condom. Afterwards he handed me a towel. There was blood on the sheets. I paid  $50 for a plan B.

That’s the story of how I lost my virginity.

When I told my friends about it they asked me how it was. How juicy, to be with an older guy.

The next time I saw him he took off my dress and the tears started flowing. I curled up on his couch and told him everything.

I never saw him again after he knew that I was a lost cause.

The next time I was raped was at 21. Another Tinder match, another desperate plea for attention and validation that I never wanted to be sexual, but if it had to be then I did what I had to. He was a professional chef and would cook for me sometimes. I would help chop. It was his dream to work somewhere big, with Michelin stars, own his own place. We would sprawl out on his couch for hours, talking sporadically but mostly just watching Netflix. He asked me to go down on him-I said no. “Please?” I did, of course, and started to sob.

He apologized, and I believed him, the first time. But then it happened a second. And a third.

The third time I was raped was in the parking lot of an elementary school, with-you guessed it-a Tinder match. It was in March of 2020, when the pandemic had just hit, and my parents were reluctant to even let me leave the house. He had asked me to go to a gas station to buy Mike’s Hard Lemonade, and we sat in his car talking about everything under the moon before he asked me to go to the backseat. I said no. But I guess I ended up going back there, because he was fingering me and I was telling him I didn’t want him to and he was saying that I seemed to like it, because my “pupils were dilated”. Afterwards he apologized. He didn’t mean to make me uncomfortable. It was a mistake.

I graduated in December, and clock in 40 hours a week as a grocery store associate. Life is mundane; mostly I stay inside where it’s safe. The world really is what my parents had always described. Unforgiving. Cold. Dangerous. Sometimes I walk through my neighborhood at night with my Airpods in as my one “fuck you” to my experiences. To show that I am not scared, that I can do whatever I want, that those occurrences were isolated incidents that I asked for, that I don’t have to abide by the ascribed gendered rules for my safety.

I still notice the shadows flit-I can’t help it-and the distant roar of a car engine, and whenever I reach my place, I turn the lock behind me.

Kimberlyn Caywood is 23 years old with a B.A. in political science.