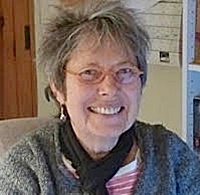 OUT OF TUNE
By Annina Lavee

We’d all agreed; we’d all emailed; we’d all seen the photos online. We gathered in Ville Pieve a small village outside of Lucca, Italy at a five-hundred-year old villa in early June.

“The damp smell is from a month of rain,” said the owner, Mr. Tornetore.

“It’s a five-hundred-year old house and it’s been renovated. There is no mold. I assure you.”

“Mold. My mother is ill from mold. I can smell the mold. It’s mold,” said Sandra.

Amanda, Susan, Janice, Sandra, Richard and I had surrounded Mr. Tornetore on the great lawn in front of the villa. “If you open the windows and air it out the smell with evaporate,” said Mr. Tornetore. “If you run the heaters in each of the rooms the dampness will go away.”

We could smell the rosemary, basil and cilantro growing in an herb garden a few steps away. He’d furnished the house with antiques of its era. The outside was painted a leaf green, with white trim, with wooden shutters on all the windows.

Sandra leaned over, her mouth against Richard’s ear. “Mold,” whispered Sandra. “We can’t stay here.” Then to Mr. Tornetore, “And there’s no bathroom en suite to the bedroom.”

“En suite,” he said, “surely you understand it’s a five-hundred-year-old house. There are no bathrooms next to the bedrooms, but there are three newly renovated bathrooms.”

Mr. Tornetore adjusted the glasses on his nose that had dots of sweat.

“But on-line it said it was en suite,” said Sandra.

“No, not to the bedroom,” said Mr. Tornetore. “I don’t understand where you saw it on-line?”

“My friends will not stay and my birthday is ruined,” said Amanda. Susan handed her a crinkled tissue. “It’s a disaster. She blew her nose.”

Mr. Tornetore’s smile sunk. His eyes looked moist. “I’m sorry,” he said. “It’s been raining for a month. What can I do? There is no basement; it’s built on the soil. I have other properties. I’ll see if something else is free. I’ll call you.”

We four women agreed to stay. The couple agreed to stay the night to try the house. The owner agreed to give back a portion of the money if they didn’t stay and would call. The seven bedrooms were all off the main room on the second floor, where two grand pianos sat. My fingers ran over the keyboard. Clunk, chink, out of tune. I tried the second piano, with sounds like screeching birds. There was a third piano on the first floor in the smaller sitting room, also out of tune.

The following morning there was no hot water in the bathrooms. The gas tank lived in the entrance hall outside the kitchen.

“What else can go wrong,” asked Amanda?

“Yes, more than likely it’s the pilot light,” I said.

“It’s the light,” said. Mr. Tornetore who came and relit the pilot light from a cigarette lighter he carried in his pocket.

Richard and Sandra came downstairs into the kitchen later that morning.

“The bed is too short,” said Sandra.

“The mattress is too short,” said Richard.

“Oh, you mean the mattress is too soft,” I said.

Mr. Tornetore did not smile but he did not frown. His face was almost blank, which under the circumstances I thought was a hard thing to do. He returned the agreed amount of money to Amanda. “I cannot find another empty place for you; it’s the soccer finals and everyone is visiting. What do you choose to do? Will you stay?”

Two days later, after the four of us visited Cinque Terre, the five towns along the Ligurian Sea, known as the Italian Riviera and a drive in the countryside we found a note taped to the door. Why are you still here? You do not like the villa. Call me. Later that night Amanda called Mr. Tornetore.

“Didn’t we agree with him that the four of us stay,” I said.

That night we went out to a local restaurant for a glass of wine.

“I think Richard and Sandra should come back to stay,” said Amanda.

I stared at her for a couple of moments. Did she really say that? “But they were here and didn’t like anything about the place,” I said.

The following morning Amanda joined Sandra and Richard for breakfast at their hotel. Susan, Janice and I met her later.

“They wanted their money,” said Amanda.

“They just wanted their money.”

“Did you give them their money,” asked Susan?

“No, just in case Mr. Tornetore changes his mind and wants more money.”

“Do you really think he would ask for money back? I said.

“I don’t know,” said Amanda. “I’ll send them the money after I get back home.”

“I have some aspirin, Susan said.

Three days later there was another note on the door from the owner. “I have not been able to reach you. I will try again.” Amanda was having trouble with her phone. “I think he wants more money,” she said.

A meeting was held in the kitchen on the first floor next to the dining room. “We’re going to drive Susan to Pisa for her 7am flight,” said Amanda.

“I would have liked to be asked,” I said,

“You’re being difficult,” she said.

“I’m just saying,” I said. “I would have liked to be asked rather than told.”

“Maybe he doesn’t want more money? What if we tell him we don’t have more money?”

“I just don’t think he’ll block the gate. Why don’t you ask him if he wants more money? I don’t understand.”

“See you in the morning,” Amanda said. She went up to bed.

I tossed and turned all night.

The car pulled into the Airport Galileo Galilei just outside of Pisa Italy. Amanda was the driver, Janice was in the passenger seat, Susan and I in the rear seat. A week earlier I had been banished to the back seat from a misread of the map of Italy, in my memory a small mishap that caused the banishment. I had offered to be the navigator for a reason. Easily nauseated in a car but less so in the passenger seat, even less so in the driver’s seat but I was certain Amanda was never going to let me drive, so I offered to be navigator. The first couple of days were fine then I made that error in my reading of the map and almost got us slightly off-course. A violation, banished to the back seat. The windows were closed, the air stagnant, my body swayed, my stomach sloshed.

I thought she was deaf in one ear but apparently, she was capable of hearing me in the driver’s seat over the car engine. Mistake number two for me. This was just the beginning or the end anyway you’d like to look at it. “I’m easily nauseated,” I said to Susan. She either ignored me or didn’t hear me. My hand moved to the window crank, the old-fashioned window crank in this car rental. I rested my hand there, leaned my body. One minute, two minutes and then with the slight shift of weight the window came down a tiny bit, just enough to let in some air. No one seemed to notice. I breathed deeply.

But that was a week ago and now we were near Pisa, arrived at 7am so Janice could catch her flight out of Italy. We had left the villa at 4:30am in the morning. Ordered to pile into the car and drive by Amanda who held the car keys. After dropping Janice at her destination I said, “So we’re going to see the leaning tower now.”

“But we’re so close to Pisa. We can be there in five minutes.”

“I don’t want to get caught in traffic in Pisa.”

“Who cares if we get caught in traffic. What’s the emergency? We’ve been up since 3:30am and we won’t even see the leaning tower? C’mon.”

“The rental car is in my name. It’s my insurance. You’re not driving.” She dangled the keys in her hand.

“But we’re so close. We’re practically in Pisa.” I eyed the keys; could I grab them?

“We’re driving back to Florence.”

On the ride back to Florence, Susan was in the passenger seat with Amanda, the driver. I was in the back seat leaning hard on the window crank seeking air.

Annina Lavee teaches screenwriting at the University of Arizona. Her work has appeared in the online Literary Journal Brevity, Sandscript, The Awareness Journal, The Mountain Eagle and the Desert Leaf. She has received grants from the Arizona Arts Commission and the Tucson Pima Arts Council and was a Finalist in the Arizona State Poetry Contest-Jorie Graham judge in 2003. She attended the Squaw Valley Community of Writer’s program with scholarship and was a semi-finalist for the 2014 Tucson Festival of Books Contest.Lavee worked in film production in New York City including as producer of the short film/video unit at Saturday Night Live.