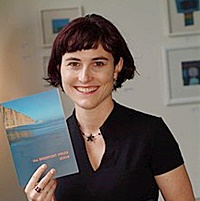 THE CELLAR
By Laura Solomon

When we found Sam he weighed only 14 kilos and was nonverbal.  It was very difficult to communicate with him.  If you got too close to him he would bite.  I didn’t blame him for his aggression.  He’d been locked in his parents’ cellar for 3 years, with minimal food, sometimes eating rats he’d caught with his bare hands.  He was six years old when I found him.  By this stage he was more animal than human.  His primal instincts had developed but he had not developed speech and he was not toilet trained.  He soiled himself regularly – it was me who cleaned up the mess.  I got him into nappies and tried to teach him to use the toilet.  I was a social worker who had been assigned the case.  It had been me who had found him, curled up in a ball, chained to the wall, with skinny limbs, a bloated tummy and burn marks on him.  His hair was matted and dirty and full of nits.  The boss had assigned me the case to test whether or not I was ready for promotion.  I was determined to do a good job.

My name was Sally and I had a real passion for child protection because of what I had lived through in my childhood.  My mother used to drag me around by the hair and put me in baths that were either boiling hot or freezing cold.  I used to get terrible carpet burns I had to hide from the other kids at school.  She used to have a ‘Time Out’ room she would lock me in if I ‘misbehaved’.  If I accidentally broke something, ate food from the fridge because I was hungry or got up too early and woke her up she would shove me in Time Out and lock the door, trapping me in there.  I never knew how long I would be in there for or what I had to do to be let out.  So when the boss assigned me Sam’s case I felt that I could make a major difference in one boy’s life, help shape the course of his destiny.

It was one of the neighbours who alerted social welfare to the case.  They had heard screams coming from the direction of the cellar and seen the parents going down there with vegetable scraps.  Once I been assigned the case, I drove to the address at around 10pm at night.  I did not want to alert the parents to my presence as I knew they would deny all abuse and would try and stop me from saving the boy.  I crept around the side of the house with a flashlight and a blanket, and found the cellar door.  It was locked.  Knowing that this would probably be the case, I had thought ahead and had bought bolt cutters with me.  I snipped through the lock and pushed open the door.  A soft whimpering came from one corner.  I walked in the direction of the noise and saw a small boy curled up in the foetal position on a cardboard box.  From where I stood I could see what looked like burn marks on his skin.

I took a deep breath and walked towards him, holding out my hand in what I thought was a friendly gesture.  As soon as I got close to him, he bit my hand, drawing blood.  I remained calm and tried to speak soothing words.  I had to get him out of here and into the car.  I moved behind him and wrapped the blanket around his shoulders, picking him up in my arms.  He thrashed and resisted at first, but I stroked his back and he relaxed a little and let me carry him out to the car.  I didn’t even know if he understood English but I kept talking to him.

“It’s going to be okay”, I said.  “Everything’s going to turn out fine now.  You’ve been rescued.”

He made no reply.  I put him in the back seat and put the kiddie locks on, then started driving to the nearest place that could tend to his wounds, Mercy Hospital.  Some of those burns looked pretty bad.

I arrived at the hospital twenty minutes later and walked through the sliding doors into A&E.  I approached the counter.

“Hello”, I said.  “I’ve got a young boy here who’s been severely neglected and abused.  He has burns that need tending to.  Is there somebody who can take care of this.”

“Name?” asked the nurse, rather abruptly, given the circumstances.

“My name is Sally Roberston.  I’m not sure of the boy’s first name, but he belongs to the Phillips household.”

The office had done some checks on the family before sending me around.  The parents were P addicts on the dole.   The father had been in jail for drug dealing.  We lifted the boy up onto the bed.  The doctor came in to look at him.  He declared that the boy had malnutrition, a severe case of head lice, infected burn wounds, rotten teeth and was severely underweight.  They wanted to keep him in overnight to give him IV fluids and I agreed that this should be the case.  They told me they were going to shave his head to get rid of the lice and give him antibiotics and that he might have to be put under to get his teeth removed.  The doctor gave the boy a sedative as he seemed very anxious.  I gave them my details and told them to ring me the next day.  I asked to go and see the boy before I left.  They said he might be a bit drowsy from the sedative but that I could have five minutes with him.  I entered the room, the little soul looked so small in the big hospital bed, his eyes half closed.  I took his hand and he flinched.  I told him to stay strong, that he was in good care and that I would come and see him tomorrow.

I didn’t sleep a wink that night, thinking about the poor boy.  On the way home I stopped in at the local Farmers and bought him a complete new set of clothes – a Superman T-shirt, a nice pair of jeans and a hoodie plus some underwear.  I called by the hospital on the way to work and found my young charge sipping a cold drink through a straw.  It was noticeable the amount of teeth that were missing – when he opened his mouth I could see huge gaps; he had obviously had a number of teeth extracted.  A smile came to his face when he saw the clothes.  His eyes darted nervously towards the door, perhaps wondering if his parents would show up.  It would take a while for him to learn to trust me because it was an exceptionally bad abuse case.

Later that afternoon I went around to see the parents with the police. We walked up the weed strewn path. Bottles of Woodstock littered the front porch. One of the cops knocked on the door. A woman answered. Her appearance was a shock, she was incredibly thin, still in her nightgown even though it was the afternoon, her eyes glazed and her stance wobbly.

“What do you want?” She snapped.

“We are here to talk to you about your son.” Replied one of the cops.

“I don’t have a son.” She said, her stance immediately becoming defensive. Attempting to shut the door. The cop reacted fast and stuck his foot in the door to prevent it from closing.

“We need to take you and your husband to the station to ask you a few questions.” Said the cop.

“Bill!” screamed the woman “The bloody coppers are here!”

An equally disheveled man appeared behind the woman.

“Whats going on?” Asked the man “We done nuthin wrong.”

The cop managed to talk them into getting into the police car with minimal fuss and I followed behind in my car.

Once at the station I wasn’t permitted to be in the interview room but I stuck around anyway.

I was told that the parents denied everything at first but then succumbed to the interrogation and  charges were being pressed. They would appear in court this Friday and I could go along if I wanted.

I was also told that they had been in touch with the boy’s Aunt and Uncle and that they had agreed to take the boy in. I was given their details and appointed as the boy’s social worker to oversee his care.

Two days later I picked the boy up from hospital. He was wearing his new clothes I had brought him. I put him into the back seat of my car. I talked to him on the way asking him his name but he didn’t reply; he looked like he was in shock.

Arriving at his Aunt’s & Uncle’s address the house looked well kept in a nice neighbourhood. Knocking on the door a man answered. Looking at the boy he frowned and said abruptly,
“Who’s this ragamuffin?”

I replied “He’s your nephew the police contacted you the other day and you agreed to take him in as he has been neglected and abused by his parents, your brother.”

“Hey Beryl!” the man called over his shoulder. A woman appeared “D

Goes around with the police to see the parents.  Press charges, parents go to jail.

They send him to live with an uncle but he does not get looked after properly.  In the end social worker adopts him.

In the end, I adopted him.  I thought it best.  How else was I going to ensure he was properly looked after?  I tended to him with a motherly love.  I taught him to read and write, and tamed his nature which, after all the abuse, had become savage.

Laura Solomon has a 2.1 in English Literature (Victoria University, 1997) and a Masters degree in Computer Science (University of London, 2003).

She was short-listed for the 2009 Virginia Prize and the 2014 International Rubery Award and won the 2009 Proverse Prize. She has had work accepted in the Edinburgh Review and Wasafiri (UK), Takahe and Landfall (NZ). She has judged the Sentinel Quarterly Short Story Competition.