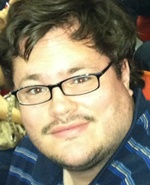 Some nights are more intense than others. Any night Ms. Courtney Devra sang is one of those nights. Her voice is serene and hypnotic, full of fear and trembling. When she announced a tour, her shows sold out immediately. She is known for requesting conservative numbers at her concerts. She preferred an intimacy with the crowd most performers shunned.

That is only one thing that defines her unique shows. Her voice—we shall say—is set rhythmically with the heart itself. It pulses with the perfect pitch, or as perfect as a voice gets. The presses called her “Mistress of Melody” or “The Heart of Day”. She took all acclaim with a grain of salt. Her humility shone in her face. Her voice not only rang with the heartbeat, but her virtue was peerless. She seemed from another world.

She announced a special last minute concert she would perform in Atlanta. The proceeds she would donate to rape victims. Half the profit would be donated to testing kits in police hands that identify rapists. Tax payers had solemnly refused a tax increase to get rapists off their streets. It was forced into waiting for private solutions. Ms. Courtney Devra decided to perform for this cause because a babysitter had raped her at a young age and he still roamed the world at large. She didn’t bother to report the incident—she was told no one would believe her because of his good standing. He hardly seemed a sexual predator to most of the community.

She kept quiet but held a grievance against her world for the horror she faced. She lived with his face daily. She spent years before her career to clear herself psychologically of guilt. She felt it was unfair that he received pleasure by violating her and she harbored a secret rage within.

This promised to be her finest concert.

However, she insisted only 1,000 seats be available and sell at $300 each. She felt a sense of vengeance in her veins and thought the only way to control it was to limit attendance. The limitation served as a psychological purge because it imposed her will to power. The numbers were shrunk only for this specific concert. Her female power clearly acted as an imaginary thrust against the perpetrator who lived within her. Her power was in seeking solitude against her shame and victimhood. By refusing a larger audience, her self-contempt was assuaged.

She spent several hours in the dressing room warming up her voice. It was like tuning an instrument. She drove to the show in a small Ford Focus. She drove herself because she felt independent driving herself, and she distrusted chaperones. She parked the Focus in the rear parking lot several hours before the concert. She entered the auditorium quietly to assess it. She smiled, took a deep breath, and reached out her arms. She turned to its owner, Chrystal Turner.

“Fine place you have here! You keep it in good order.” Courtney was short in stature and appeared thin, but her legs were stout and strong.

“It was built in 1979. I have always wanted to be involved in music…but my horn playing wasn’t good enough. Lacked sophistication, I was told. It probably wasn’t meant to be,” the owner said. “It is incredibly nice to meet you. I have heard so much about your performances,” she said.

“Thank you,” Courtney responded kindly. Compliments were flattering to her. She felt humbled by kind words. “Humility is a great virtue,” she said when the owner appeared confused.

“It’s just that most performers are arrogant. And I would expect them to be,” she said. “We recently hosted Diane Bazz. Ever heard of her?” Courtney nodded. “She looks beautiful on camera…but god, she is aggravating to deal with. A perfectionist. We couldn’t please her no matter how hard we tried.”

“I’m pleased to be here…I don’t expect a flawless stage. Faults are inevitable. It’s ok to make mistakes. But make things flow smoothly. Give it character.”

“We have a great surprise for you, Ms. Courtney.”

“Please, drop the Miss…we are on equal terms. We serve each other.”

“How humbling! Well, I must unveil the surprise.” Courtney smiled. “We heard you love fresh vegetables and salad bars. Is that true?”

“Yes, it is. I especially like tomatoes and celery.”

“Well, at my expense…I mean the company’s expense…we had a special high class salad bar brought to you. It’s backstage.”

“Sure, I anticipate it.” Shortly after she said these words, they felt awkward.

The owner of the auditorium walked quickly. She gestured Courtney to a room directly behind the stage. The lights were off so she flipped them on.

The salad bar was several feet long. It was pushed against the back wall. There was a table and chair in the middle of the room. Courtney beamed.

“Thank you ever so much….” She said. “Some of my personal favorites.”

“Great!” The owner left quietly to give Courtney space. She asked one of the backstage handlers to show her the dressing room when she finished sampling the bar.

She put on a large golden dress with bright silver glitter. She glanced at herself in the mirror. She told the backstage handler she had never felt so beautiful for a concert. She promised her best performance.

She spoke to the backstage manager before getting on stage.

“I feel like Cinderella. Only the ball never ends. I’m just so enthusiastic about this concert. We hired one of America’s classiest violinists.”

“I heard him tune up. Graceful,” the stage manager said.

“I am so perfectly grateful for my life…” She reached down and adjusted her shoe strap. Her shoes were classy, sharp black velvet. They had a golden clasp on the top. She turned sharply to glance at herself in the backstage mirror before she approached the right side of the stage.

“I am so proud of the work we have all done to make this show perfect.” She fixed the long white glove on her left hand. She straightened the small wrinkles in it. Then she tossed her dark auburn hair and adjusted the small tiara on her head. Her smile was radiant.

“Good evening, ladies and gentlemen,” said the announcer. His voice, deep and resonant, bounced across the auditorium into the rear and back to the front. “We have a pleasant evening prepared for you! Miss Courtney Devra is backstage!” The crowd clapped loudly. “All ticket sales go to a frequently overlooked cause. As an added bonus, you are a witness to the finest show given this year! Please welcome…Ms. Courtney Devra!” The crowd applauded loud and long enough to give the impression of a stadium of concert goers. Courtney walked on stage and lifted her hand abruptly. Her smile radiated and inspired the musicians who were in a box on the left hand side.

“Good evening!” Courtney paused. The crowd was silent. “Tonight I will confess. I too was a victim of sexual assault. Years ago, an older man grabbed me. I felt afraid so I grew hard as ice. I couldn’t move.” The crowd eyed her calmly in high respect. “After he fondled me, he raped me. He was my babysitter…” She almost cried to remember. “I am better now. I never reported it. I was told…he had a good standing in the community, to leave it alone. I did what I was told.” She held the microphone tightly. “If you know someone who was assaulted, support their feelings. This is a serious issue…we can’t turn away from it without injuring ourselves. The darkness is within!” The crowd cheered to express agreement. “Now, my first song was written by Bruno Armant. It is a masterpiece of the finest kind.” Her voice hypnotized as would a lullaby. After four additional songs, the audience was no longer able to move. They were still as ice. The theater grew dark.

Suddenly, there were loud crackling noises. The lights shot sparks and some bulbs cracked. The show went on. She couldn’t stop her song. She finally hit her highest note of the evening. The audience stirred passionately. There was a loud shriek and a woman cried, “He is touching me!”

The crowd sunk into a riot. They pushed, pulled, and attacked one another. They forced themselves to the front of the stage slowly as they yanked at each others’ hair and clothes. The entire audience behaved as if drunk or in a rage. People were trampled. Dead bodies bled on the theater floor.

In the end, no one survived. The theater owner stepped out after hiding in fear. Ms. Courtney Devra was disfigured on the stage, her legs curled beneath her and mouth exuding blood. The theater floor was topped with bodies.

In the rear of the theater, a dark man stood tall. He was darkly dressed and held his top hat in his left hand. He laughed boisterously loud. The sound echoed through the auditorium. The owner balked in fear. She couldn’t make out his face.

He was a stranger in town. His face was sharp and his eyes beamed a sky blue. His hair was a dusty blonde. He laughed so loudly it hurt the owner’s ears.

She shouted across the theater. “What’s funny?”

He flicked a cigarette and turned. He quietly left the theater through the rear entrance.

The owner fell into tears. “Why here? Why now?” she asked herself. The theater stayed dark and silent while she cried on the stage.

Dustin Pickering is founder of Transcendent Zero Press, a Houston-based literary publisher. He featured for Houston’s popular Public Poetry in 2013 and was a Special Guest Poet at Austin International Poetry Festival that same year. He is published in Texas Poetry Calendar 2016, Seltzer, Artistic Muse, and a variety of other publications. He hosts events in the Houston area for music and poetry.