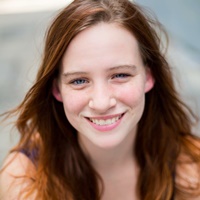 WE COULD SMOKE
by Mackenzie Gasperson

“Smoke?” Robert’s voice was suddenly behind me. It made me jump, and sent a shiver down my spine that only made the cold air worse. Adding to my goosebumps, my heart rate had just increased, making me feel shaky and embarrassed. I turned my head to look at him, and there he was, standing beside me, holding out a cigarette. One was already in-between his lips, the bright glow of the cherry illuminating parts of his face. I only smoked if offered – everyone knew that. “Rita only smokes when she doesn’t have to pay for it.”  Luckily, people weren’t quick to deny me what I wanted. Which, at that moment was, yes, a smoke.

I reached out to take the cigarette and had Robert light it for me. I inhaled, feeling the heavy smoke travel down my throat, into my lungs. It made me feel slightly light-headed, which added to my shaky hands syndrome I was having. “Are you cold?” Robert asked, going to remove his jacket. I quickly held up my free hand, blew the smoke out of the corner of my mouth and shook my head, puling the sheer wrap I was wearing tighter around my shoulders. He shrugged, straightening his jacket and taking a drag from his cigarette. “Why are you out here anyway? Party’s inside.” I rolled my eyes, as if I didn’t know that.

“Just needed some air,” I said simply, putting the cigarette to my lips. My lipstick left a stain on the end of the filter, and for a minute I remembered that day in the coffee shop, drinking from a white ceramic mug, seeing my deep red lipstick imprinted on the rim of the cup; looking into Ben’s eyes as he gripped his own coffee mug, as if leeching the warmth from it. It hadn’t been a particularly cold day.

“How – how has it been lately?” Robert emphasized just slightly on it, because he liked to act like he knew what was going on without giving it all away. It didn’t matter; Ben’s absence showed through the lines on my face and the bags under my eyes. Robert frustrated me; he seemed to be good at putting himself where he didn’t belong at the worst times. But I always took a cigarette if offered.

That was something that had bothered Ben. “You always take cigarettes,” he had looked wounded – like taking a cigarette from someone was offering an ungodly amount of other things, sex, drugs, love. Whatever the worst case scenario was, Ben had already thought of it.

“I like to smoke,” I’d always say. “There’s nothing more to it than that,” Unconvinced, Ben would pout, and still scowled whenever I took a proffered cigarette. It was like something he couldn’t give me that everyone else in the world could. Maybe that’s why he disliked it.

“I have no idea what you mean.” I answered. Another drag on the cigarette, then I ashed it casually on the ground. The wind caught it and swirled it into the distance.

“You’re unlike anyone I’ve ever known, Rita,”  Robert said. It was out of the blue. Unexpected. Not entirely discouraged by me. My mistake had been this: when it came to discouraging men, I hadn’t.

I dropped the cigarette on the ground, stamped it with my shoe. I crossed my arms to keep the cold out, hoping he wouldn’t offer me his jacket again. That’s always where it began: a simple offer of the jacket. Whether I took it or not, that would be the deciding factor. All I had to do was deny it.

“What do you say we go back inside?” I asked, gesturing my head towards the glass double doors leading into the restaurant. Goosebumps covered my arms and legs.

“Or,” Robert already had the pack of cigarettes in his hand. He took one out and put it between his teeth, then offered me the pack. “We could smoke.”

My baby had been no bigger than a sesame seed. A tiny, tiny thing. But it had affected me deeply.

Ben told his parents the minute we found out. The at-home pregnancy test showed two lines; one was bright and bold, and the other was so faint I could barely see it. But it was there. And so was my sesame seed baby.

Like an idiot, I began thinking of names. I wrote them in pretty cursive on any surface that I could write on. My notebook, my hand; I typed them down in my phone, to remember and show Ben later. I told my parents when I was comfortable with the idea. The internet told me, ‘some pregnancies don’t survive past 6 weeks’, but I was ignorant, and excited. I was naive. I hardly tried to think logically – to calm myself down. I convinced myself I felt the sesame seed baby inside of me. Until I couldn’t.

One day, I sat down to go pee, and when I looked down, blood had colored the water a sickening, deep red. And that was it. There was no doctor to be seen, no explanation to be had. Some pregnancies don’t survive past 6 weeks. That was all there was to it. Suddenly, my sesame seed baby was there no more.

Ben and I were never the same after that. He dove head first into his work, and I dove head first into self-sorrow, and alcohol. My job was meaningless, Ben was meaningless. We woke up next to each other and barely said a word. I tried to tell myself, miscarriage happens to every woman, every day, all over the place. You aren’t special. But the faint pen marks of my future baby’s name were still on my skin, and they were all over my notebook. Permanent reminders of what was gone. So I couldn’t make myself feel better. I chose not to. And in doing that, I ruined many things.

Ben took us to a coffee shop one Sunday, and he told me what he felt. That we weren’t syncing anymore. That I had to be happy again. That he couldn’t take it, being so apart from me. He didn’t know who I was anymore. Although I’d been expecting it, I had never prepared a response. Why are we in such a public place? I felt like the baristas were staring at me, honing in on our conversation, thinking, wow, what a shitty girlfriend. The other people in the coffee shop stopped staring down at their laptop screens and gave me dirty looks, or smirked at me. The angel on my shoulder said, pull yourself together! But the devil convinced me Ben was seeing someone else; Ben was the enemy. Ben doesn’t know what he’s talking about. He’s out to get you, Rita.

I stood up, pushed myself away from the table, making the chair scrape against the floor, grabbed my bag, and without a word, walked out of the coffee shop. Ben didn’t call after me, or track me down. I got home, he wasn’t there. I got up for work the next morning, and he hadn’t shown up.

When I stumbled in the door at 3am after a night at the bar and collapsed into bed, the things that were normally on his bedside table – his book, a glass of water, his reading glasses, unopened mail, his earbuds – were gone. I went into the bathroom; his toothbrush was gone. I threw open the closet doors; every single piece of his clothing, every single shoe, was gone.

My sesame seed baby was gone. Ben was gone. What else did I have?

When I received the invitation to the Christmas party my job was having, needless to say it was unexpected. Nearly everyone had suffered the brunt of my feelings not only when I had the miscarriage, but when Ben left. I had excommunicated myself from friendships with my coworkers at the price of expressing myself. Something that, I think, should never be done at work. Keep yourself to yourself, and leave it at that.

However, when coworkers approached me with faux-concern laced in their voices, it was hard to convince myself they were just craving a new spread of drama. So I spilled and spilled. And spilled some more, until there was nothing left, and everyone knew everything. I couldn’t pretend I was professional – my coworkers didn’t respect me as their superior. All they saw was a helpless, blubbering mess.

So yes, when the thick off-white manila envelope came in the mail, containing a sparkly dark green invitation that even smelled nice, with my name on the front in fancy cursive, inviting me to a Christmas party with people that knew every tragedy of my life – I was taken aback. Is this going to be like Carrie? Are they going to crown me queen of the party and then dump pig’s blood on me​?

But of course, I went, and there I had been, in a dress that required a wrap, standing next to Robert and smoking his cigarettes. There was no pig blood that I could see, and to make myself feel extra safe, I spent most of the party outside. And as annoying as Robert could be, there probably wasn’t anyone else that would give me as many cigarettes as he’d given me. We talked about books, and music, and how horrible the drivers in the city were. “Except for us!” we both agreed, because everyone is a horrible driver except for yourself. Robert didn’t mention Ben or “it” again, and I went the entire conversation not having mentioned how many times daily I considered going to the top of my apartment building and jumping off. So, although Robert was annoying, and not very handsome, and a little arrogant, he was my friend that night in a place that I felt truly alone.

It should be universally known – that the thing about sadness is that some way or another, it always comes back for you. Even when you’re least expecting it, you could suddenly be thinking about jumping off the top of your apartment building.

But the thing is, how do you smoke free cigarettes when you’re dead?

Mackenzie Gasperson was born and raised in Tampa, Florida, where she currently resides with her family. Along with writing, she also enjoys baking, sewing, and practicing Tae Kwon Do. This is her first published piece.