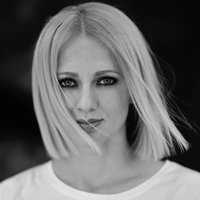 Magdalena Blažević is a literary critic and short-story writer from Bosnia and Herzegovina. She was born and grew up in Žepče, a small town in Central Bosnia. She studied English and Croatian Literature in Mostar where she lives and works. Her first short-story collection will be published next year.