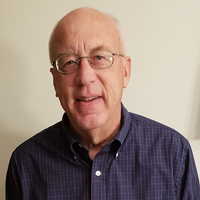 I was about to ask her if she was donating today
since she had done so previously at the
past two blood drives, but then I remembered
that she gave double reds the last time and

wasn’t eligible to give again until the next drive.
After working at the same location many times over the
past few years, one tended to remember certain things and
recognize a few of the regulars, either by the names on

the scheduled donor list or by their faces as
they walked by the table where I sat. I recognized
her face, but then again, I had a second clue,
there probably weren’t a lot of people

working at this company with only one arm,
so my Sherlock Holmes’ skills were finally
kicking in.  Watch out Dr. Watson, I may be
taking over your Sherlock sidekick job sometime soon.

The business environment had changed since I
was last in the working world. The dress code seemed
to be a thing of the past, though some kinds of
clothes were still required, but shorts, T-shirts, and

and even a bar with four kinds of beer on tap were all in
wait for anyone’s use, and indulge they did, but they weren’t
hanging around this room all the time, so I assumed
work was still performed during certain times of the day.

Once, even I was glad when the company I
worked for did away with the suit and tie dress code,
and went to corporate casual, but as to wearing
shorts and T-shirts to work, I just wouldn’t feel right,

being old fashioned in some respects, so it was
good that I left the working world when I did,
knowing I wouldn’t have fit in this new dynamic universe,
still preferring to wear a dress shirt, pants,

and casual shoes as I volunteered at companies
like this, and as for the games, I too had no use
for them, preferring work over playing games.
Yes, I am different, a dinosaur of the past.

Someone had signed up to donate at noon,
but I could not tell from the list of scheduled
donors if that person was female or male based
on the name they had provided on the schedule,

not that it mattered.  It was more of my own
curiosity than anything else, having
only provided a first name of G and
a last name of K on the appointment sheet.

I found both names were short, and easy
to pronounce, but now, I must wait to
see if they show up to find out if G K
was their real name, a nickname,

or maybe just the first initials of their name?
Show time, showdown, begins at twelve
o’clock noon, but there isn’t going to be any
shootout like at the OK Corral, or any contest

to see who can bleed the fastest. Instead,
there will be an unveiling of who our mystery
person of the day is, but if you are the Agatha
Christie type, maybe you can solve it ahead of time.

His last name was Karloff,
so I just had to ask,
I couldn’t help myself,

if he was any relation to Boris,
but there was no Boris connection,
it wasn’t meant to be today

as I travelled down memory lane
of watching horror films of old, and then
I looked again at the list of scheduled donors,

but there wasn’t anyone on it with the last name of
Price, so there was no need to ask anyone if they had
a father or grandfather with the first name of Vincent,

but there was someone with the last name of Luther,
but I wasn’t going to ask them either about a first name
of Lex, since he was a comic book villain, and I was

still on the horror film theme which had completely
taken control of my thought process, and was also a
reminder that it was only days away from Halloween.

Duane Anderson currently lives in La Vista, NE, and volunteers with the American Red Cross as a Donor Ambassador on their blood drives. He has had poems published in Poetry Quarterly, Fine Lines, The Ibis Head Review, Carcinogenic Poetry, Wilderness House Literary Review, Indiana Voice Journal and several other publications.