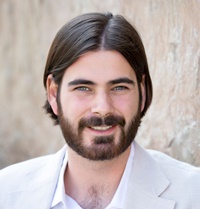 These words revealed to my parents they had a liar-liar pants-on-fire rascal for a kid.

This happened during a family vacation when I was seven years old. We didn’t go on many, but my Dad was able to get a week off that summer. This was as rare as beating my older brother in any sport growing up. I remember my mother spinning like a top as she got everything ready for the trip. We went to Cape Cod for seven days. It rained every day except one.

That one sun-filled day was spent at the beach. My brother got sun poisoning. When we went back to the rental, my Dad couldn’t find his wallet. It was one of two things I always remember he had on his person; the other was a Blackberry.

My Dad tore through the couch, looked under the bed, and checked the car. Meanwhile, my Mom tried to get my brother to sit still long enough for a frozen bag of peas to cool his forehead. The heat didn’t keep him still like a baked cookie; it got him moving and screaming like a boiling teapot.

My Dad looked over at me with one hand down the side of a La-Z-Boy recliner. My mother let go of the peas, and my brother sat still with the makeshift ice pack in his lap.

The blank stares from my Dad and Mom and the dumbfounded leer of my brother with frozen peas melting in his lap should have informed me my tale wasn’t believed. I still recall the sense of pride I felt telling them this lie, but it was years later until I was reminded how and why this lie was so blatant and obvious. Tommy was my cousin, and he was in Virginia.

A few years later, my tall tales became more refined. When I was eleven, I figured out the formula of how to get out of a day at school. I could imagine Einstein feeling the same joy I felt when he figured out E=MC². That bliss coursed through my veins every time I woke up and told my Mom I don’t feel well, with a fake cough and the clammy hands suggested by Ferris Bueller. I spent many days at home with my Gameboy liberated from my Dad’s closet, where it was stored after being confiscated, sometimes for weeks at a time.

Karma came back to douse my joy later that summer.

This was forty minutes into an eight-hour charter fishing trip.

Unfortunately, I had called wolf too many times. My act was flawless by the end of that school year, so I don’t blame him for not recognizing the truth behind my words. Dad grabbed my ankles and dipped me in the brisk ocean to cool me off. Maybe he did that to get my head underwater, where my mouth couldn’t open with complaints, so he could get a few moments of peace. I never asked him.

Seven hours later, we headed back for shore. We got back to the house, and I couldn’t walk up the stairs. The next day my parents brought me to the doctor. The results from six vials of blood came back to inform us that I had Mononucleosis and Lime’s Disease.

I got over that, but the years passed and I still lied.

When I was in high school, I kept telling tales to amuse myself and my friends. They didn’t know the stories weren’t true, though. Eventually, I came clean to my friend Dylan. I had to tell him; he was about to turn himself into the Dean to make amends for something that didn’t even happen.

I went to a Jesuit high school. One of the classes we had to take was Theology. One day the guidance counselor came in to talk to the class about drugs. She asked if anyone experimented with illegal substances. Dylan decided to conspicuously call out my name in a long drawl. I was not pleased.

I stepped into the bathroom as we walked to our next class. An epiphany hit me at the urinal. At this moment, my smile dwarfed my reaction to when Lynn Buccolo said she would go out with me.

The bell rang for class, and I waited. I gave it a good fifteen minutes before I returned to the classroom. My teacher asked me why I was late.

I said this with a pitiful moan. My head was down, and my shoulders slumped. I trudged to my seat without another sound. I made sure to give Dylan the look of a defeated athlete in game seven before I sat down. I didn’t answer his whispers of what happened?

After the bell rang for the end of class, Dylan came over to confront me. I told him the guidance counselor reported to the Dean that I was on drugs. My fate would be decided after school when my parents came in for a conference. I told him I didn’t want to talk about it anymore when I finished my tale.

By the end of the day, Dylan was almost in tears. I waited a cruelly long time before I told him it was a joke. He told me he didn’t know if he could believe me anymore.

This was when I realized I couldn’t keep telling lies. I made up stories to entertain myself and my friends, but I didn’t want that to ruin our friendship. I told tales that were self-deprecating as well, but most of them weren’t true either. Dylan’s reaction made me think about why I told stories.

In college, I figured it out.

When I thought about what I wanted to do for a living, I realized that my ability and fondness for tall tales could provide me with a career. A politician was one of those options. A lawyer was another. But I didn’t like either of those. Another idea was to become a writer.

I’ve used the years of my life, since my conclusion, to walk the path of becoming an author. I started to make up all kinds of stories, but they no longer hurt anyone.

Writing brings immense pleasure to my life, and I share that healthily with my friends. My parents supported my decision to become a writer when I told them. I imagined that it was preferable to the other career choices. And since I chose this career, I’ve recanted my tendency to tell lies. But I still stood by one tall tale; Tommy did throw Dad’s wallet on the roof.

Drew Alexander Ross studied business and film at the University of San Francisco, class of 2015. His primary focus is screenwriting, and he enjoys reading a book a week across various genres, fantasy foremost. He resides in Los Angeles, where he has worked in education and writes for Hollywood Insider. Drew has placed in three screenwriting competitions and has short stories published by The RavensPerch, The Book Smuggler’s Den, Down in the Dirt Magazine, and Drunk Monkeys.