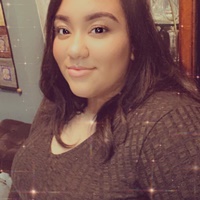 “If only there was someone to boost me up,” The man mumbled.

I could barely make out his words, so I was sure he was talking to himself. He was the first to break the silence since the elevator screeched to a stop twenty minutes ago. It was refreshing to hear when compared to the low hum of the lights flickering or the sputtering A/C struggling to stay on. I glanced in his direction to see him studying the white-spotted panels above our heads.

“Maybe a little, but it could get us out,” he replied. His eyes remained on the panels. He wiped the drops of sweat on his forehead before finally glancing in my direction. I noticed that the bags under his eyes hung so low that his face seemed to be melting off. His eyes didn’t shine with youth even though he was probably no more than thirty.

“Why are you in such a rush? The maintenance-” I began.

“I have an essential meeting to go to. Harry Wilkerson is coming today, and I can’t miss this meeting,” he interrupted.

“I don’t blame you for waiting on someone else to solve all of your problems. You know, being a woman in all,” he stated.

I stopped mid breath and his words replayed in my head like a relentless church bell ringing in my ears. It was the sound of slacks rubbing together that snapped me back to reality. He was shuffling to get up from his corner of the elevator and was careful not to hit his head against the fire extinguisher.

“If only there were another-” The man began before turning in my direction. He gave me a condescending up-down before he stuttered, “-able person here to help me.”

I clenched my jaw as I took in a deep breath to calm my boiling annoyance. As much as I wanted to scream at this man, I was determined to prove my competence to him. I stood up quietly and began removing my jewelry. When my watch thudded against the tile, he turned to face me.

“What do you think you’re doing, little lady?” He asked. He crossed his arms and cocked his hip to the side, clearly mocking me. He grinned at me to reveal his coffee-stained teeth.

“Well, seeing as I am the only other able person, I’m going to help-” I began. I moved forward to stand next to him, but he held his hand out, stopping me in my tracks.

“No offense, little lady, but I doubt you’d be much help.” He said. He gripped my shoulders and gently pushed me behind him.

He turned his back to me, and I let out a staggering breath. He pried at the reflective metal doors, and with each failed attempt, his warped reflection grew more and more frustrated. Seeing him struggle brought more joy than I cared to admit.

He punched the wall three times. Each pound harder than the last, and it seemed to shake the elevator and echo loudly like metal slamming into each other. The extinguisher rattled on the wall, and I was opening my mouth to warn him, but I silently watched it fall on his foot.

I flinched at the sound of his foot crunching and wanted to cover my ears from the inhuman high-pitched screech that was released from his throat. He slid down the wall ripping the emergency exit paper off the wall and landed with a thud that caused the elevator to bob.

“Help me, please,” He cried. He rocked as tears fell down his face.

I blankly stared down at the pitiful man as I fought the inward battle to help him or ignore him. Oh, how the tables have turned. I know what the ‘right’ thing to do is, but I could not bring myself to move from my spot to help him. Instead, I opened Facebook and began scrolling through my home feed, looking for a video to distract me.

“Are you going to ignore me?” he asked.

I didn’t bother to look at him, and instead, I laughed at a meme that the CEO posted on the cabinet’s Facebook page.

The man stopped talking after two minutes of useless attempts to get my attention.

Soon the elevator roared to life, and the hum of the A/C functioning properly caused me to sigh in relief as the cold air brushed across my skin. I shivered slightly as the cold air hit the back of my neck. The lights on the buttons flickered before we continued our journey to the top floor of the building. I gathered my things and took out the notes that I would need for today’s meeting. I flipped through the documents as the man struggled to get to his feet. He grunted as he contorted his arms to grip the railing to hoist himself up, but he failed.

I groaned before stuffing the notes under my arm and offering my hand to him. He pushed my hand away, and I shrugged my shoulders. Some people just can’t be helped.

The elevator dinged once before the doors opened. I quickly stepped out, careful to step over the man’s outstretched legs.

I briskly walked through the building, my heels clicking with every step. I got lost on my way to the boardroom since I neglected to realize this branch has a different layout than Chicago.

After two minutes of aimlessly walking around, I finally found the boardroom.

“Good morning, everyone. My apologies for being late. I was stuck in-,” I began.

“What are you doing here?” a voice asked.

I recognized the voice instantly; it was the man from the elevator.

“We’re expecting a Harry Wilkerson; I think you’re-” he began.

“I’m speaking, Mr. Holmes. Oh, and Harry is short for Harriet.” I said

Alyssa Taylor is an aspiring show creator attending Full Sail University, working towards a Bachelor’s Degree in Creative Writing. She will be the first of her family to graduate from college and obtain a degree. She is currently working on Twilight of the Avatar, a spinoff of Avatar, the Last Airbender series, and This is America, a crime show thriller that follows a dance between a cop and a serial killer. In her downtime, she enjoys spending time with her family, watching movies, cooking, studying psychology, or reading her favorite book, The Odyssey, by Homer.