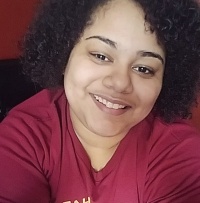 “I want you to read something and see if anything resonates with you,” my therapist told me, handing me a booklet.

My eyes focused on the list of symptoms for a mental illness I had heard of maybe once or twice in my life. Up to that very moment, I accessed barely a fraction of the puzzle that was uncovering the layers of someone I wanted to get to know better. I was diagnosed with a social anxiety disorder when I was around 16 and I thought the acronym for it, SAD, best described my life. It also gave me some of the clarity that I spent years chasing after. Why did I have to rehearse what I was going to say anytime I spoke to someone? Why did meeting new people and visiting new places absolutely terrify me? Why couldn’t I just be normal?

I developed a skill for making myself invisible. I was always the girl who faded into the background and did everything in my power to avoid eye contact. There were many occasions when someone hadn’t realized I was in the same room as them and when people would tell me stories about something that happened, I would have to remind them that I was there. I usually walked behind whoever I was with, in the hopes that others would speak to them instead of me.

Even after the diagnosis, going on Zoloft to help take the edge off and making some good progress over the years, I always knew there was more to the story. I was this being with faulty wiring in her brain and wanted so desperately to be fixed. There had to be something else wrong with me. As I got older, I started to step into the spotlight little by little. I spoke when others were around, I stopped holding my head down whenever I walked outside, and I took small chances here and there to fill my social interaction quota. Despite doing what I could to manage my anxiety, there were other feelings that were getting harder to ignore. These feelings stemmed from my lack of interpersonal skills but also from my severely low self-esteem.

I wanted so much to be understood even though I couldn’t understand myself most days. I would be doing anything, like playing a video game or if I was at work, the most insignificant things would cause me to fall into this emotional spiral. A slightly different tone in someone’s voice, a disapproving remark, or even seeing something that would give me this sinking feeling in my stomach could easily set me off.

And to throw even more salt onto my self-inflicted wounds, I would constantly obsess over things that did nothing but make me miserable. I’d analyze every word, every syllable, every possible meaning, every possible scenario until I tired myself out from hypothesizing. It’s no wonder I’m exhausted all the time. Who wouldn’t be? My brain is in overdrive most days and there’s been a small bit of comfort in it. I’ve never been one to just sit and relax. When I’m alone with my thoughts, it takes a lot for me to step back into reality.

“There’s nothing wrong with you,” my mother would usually say. “You’re just weird.”

I could never tell if she was attempting to normalize my behavior or make me feel more alienated than I ever felt. I always felt so broken. It was as if I was like a toy that would work at random moments and short circuited most of the time. I never realized just how detrimental to my mental health the belief that I needed to be fixed was until I was older and started wondering how I could ever forgive myself. I was adding to the stigma that mental health is a character flaw – some kind of stain that you need to rid yourself of.

Forgiveness has been the key in my mental health journey. I’ve tried to live my life by certain cliches, one being “forgive others, not because they deserve forgiveness, but because you deserve peace.” And it’s taken me a long time to realize the “other” is myself. After years of tormenting myself, critiquing every thought, every emotion and blaming myself for things that have been beyond my control, enough was finally enough. Being alive and simply existing feels like quite the hurdle some days even without throwing the other things into the mix. I needed to introduce myself to a new feeling: kindness. The kindness I always gave to others, needed to be given to myself first.

Fast forward to 2018 and I was reading the answer from a booklet that my therapist handed to me. I read through the criteria for Borderline Personality Disorder. It was as if a timeline of my life had been plastered across the page. With each symptom, came several examples of my behavior that exemplified them. At that very moment, my confusion seemed to subside.

The one thing that leapt off the page immediately was an intense fear of abandonment. For as long as I could remember, I was unable to understand why I would fall apart at the thought of someone leaving me, whether it was temporary or permanent. When I would spend time with cousins and either they or I had to leave, I would be an absolute wreck. This was only amplified in my friendships and even more so in my romantic relationships. I would always do or say whatever I could to keep someone liking me so they wouldn’t decide to just up and leave. If they decided to leave my life, it obviously had to mean that I was not good enough for them, or so I thought.

A pattern of unstable intense relationships was another hard-hitting symptom for me. In retrospect, I have had double the amount of unstable relationships with people as opposed to stable. Romantically, I’ve never had much luck, which is something a lot of people say. It always seemed like romance just wasn’t for me. It was something you’d see in a television show, on a movie screen or something you heard about from couples who have been together for years.

Women are passionate, emotional, frustrating, amongst a host of other things and because of that, it almost seemed like my relationships were supposed to be tumultuous. I’d be all in, regardless of the person and regardless of their intentions. All it took was for them to say the right words and I was wholeheartedly enamored. But when I would feel a disconnect and the right words were no longer being said, I’d come to the worst possible conclusions and convinced myself to believe it. They were just using me, weren’t they? They were just looking for a temporary distraction, right? And for a while, I’ve thought that maybe I am destined to be just a stop in the road for someone instead of their destination. I would be incredibly infatuated with them one day and a few days later, disgusted and never wanting to speak to them again. But there was always this magnetic pull that kept me around.

It didn’t help that I would also change how I perceived myself with each person I encountered. I’d adopt their likes and dislikes, even their thought patterns. After all, they wouldn’t feel the need to leave or be done with me if we shared so many of the same interests. I lost a bit of myself in every single one of them. I figured they only pretended to care about who I was as an individual, so I followed along. Whenever I’d wind up alone, I felt a strong urge to latch on to the next person who showed me even the slightest attention.

I still think fondly of the therapist who told me about Borderline Personality Disorder. Some days I still question why I’m this way instead of a normal, functioning being. Plus, it is extremely difficult to not get caught up in the concept of normalcy. What even is normal? A tumultuous thought process, a seesaw of emotional irregularity – that’s my normal. There are still some days when I feel broken and do what I can to shake that feeling. People like to say that you are not your diagnosis when in fact, it is a part of you and always will be. Society has vilified those struggling with mental illness. I wouldn’t say I’m struggling with mental illness. At this point, I think I’ve gotten pretty good at it.

Alexis Garcia (she/her) is a queer Hispanic writer from New York, NY. She graduated from Manhattanville College in 2017, where she studied Creative Writing and Criminal Law. Since then, a few of her poems have been published in the anthologies UNITED: Volume RED and UNITED: Volume HONEY with Beautiful Minds Unite LLC and Upon Arrival: Threshold with Eber & Wein Publishing. Most recently, she has had more of her poems accepted for publication in Orange Blush Zine, Mixed Mag, along with other publications.