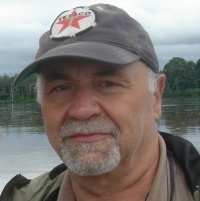 By the time he was four, Axel knew the most important verbs in six languages. Be, make, do, go, have, want, say, know and think. He also knew the six basic words of inquiry. What, where, when, how, who and why. He also knew yes, no, please, thanks, your welcome (and its equivalents). Finally, “where ‘s the bathroom? In all of these. By the time he was five, his knowledge and ability to use language had expanded to using language in various tenses. Present, past, future, conditional, subjunctive and several others used in foreign languages. Granted, his vocabulary was not terribly impressive, he didn’t know too much about technology and life, but languages and conversation, even about wheather and foods you liked were something, and you had to start somewhere.

He was close to his father, Émile. They had migrated to America when Axel was two and his mother, always in delicate health, had passed away, having suffered a serious bout of pneumonia. Émile first gave Axel blocks to play with. But after several days of building towers and knocking them down, he went on to pyramids, which held a special fascination for him. Axel’s father had feared his little son would find the glue in the cupboard, and glue the blocks together when Axel was in his architectural tower stage. So, he hid the glue deep into the pantry. He was greatly relieved when Axel had moved on to classic Egyptian structures.

Émile, Axel’s father, worked at a university library as a reference librarian. He had been widowed for several years, but now struck up a relationship with Sophie, another librarian at his place of work. He knew anything he did in formalizing his attachment to her would have to pass the Axel test. And Axel could be a tough judge. Émile had prepared Sophie for Axel as he saw his girlfriend becoming someone he was going to spend a lot of his private time with, and Axel would be jealous of this. That was certain, Emile knew. Sophie’s introduction and promotion would have to be gradual.

Meanwhile, Axel made a new friend. Her name was Lulu, at least that is what Axel called her. He met her in the playground when on a cloudy day he was pre-occupied with getting a ball stuck in a fence. She approached him fearlessly, tapped him on the shoulder and simply told him to follow her, that she needed help with something. That was all he needed. There was something about her self-possession he had never seen before. Émile noticed this and watched without saying a word. Whatever Lulu wanted Axel did. He was a blind slave to her and that was that. He never complained, although sometimes he shrugged his shoulders upon being drafted by Lulu into one of her projects, as if automatic compliance was the understood cost of being with her.

Lulu’s house was the first place Axel went in the morning when he didn’t have school. If Lulu wasn’t home, he was immediately defeated. Not that Lulu was dismissive of Axel’s friendship, but she seemed to travel in a wider social circle, which meant sometimes she just wasn’t around. Her mother sometimes took the family up to Westchester where they had other family, and Lulu could play with cousins.

“Daddy, do you think Lulu likes me?” Axel once asked.

“I think so.” His father replied, a bit surprised by the question, then added, “Why?”

But Axel wasn’t assured, not entirely. So, a certain amount of uncertainty, anxiety really, was something he would have to live with.
When Axel and Lulu were together, life was complete for Axel. It seemed the same for Lulu. They didn’t need anyone else, and could play together for the whole day, not missing a thing. They often ended up eating at each other’s house and finally one of them had to be chased home. Their parents were stumped by the fact this was a boy and a girl instead of two children of the same sex.

One day Lulu came outside and looked very serious, in fact worried.

As she approached Axel, she said, “I have something important to tell you.”

Axel sensed something bad was up, and he’d be helpless to stop it. He steeled himself for what he didn’t want to hear. It was a question of how bad.

All he could utter was, “So?” His throat felt thick, and he still didn’t feel ready to accept this announcement, whatever it would be.

“We’re moving in two weeks.” She said with equanimity of a girl years older than six, the same age Axel had reached.

He felt like a heavy bag of bricks had fallen on him. Hurt and helpless. What was going to happen? He had no idea where she was moving to.

“So where are you going?” It was all he could say.

“We’re moving to Briarcliff Manor. It’s in Westchester, I have no idea how far away it is, but it’s far.”

She then bid Axel a dispirited farewell, turned and left.

Axel ran home to find his father. He told him that Lulu was going away to live in Bearcliff, something like that, and that it was far away. Emile tried to soothe Axel, telling him this was the way things were, that he’d soon find new friends and he’d get over this. Axel was not comforted.

Emile realized that for Axel personal attachments were few, but strong. He would have to watch Axel a bit more closely for a while.
Axel thought his father was probably right. In a week or so, he figured, he’d be over this episode. The gloom would lift and he’d find something else to occupy himself. But it didn’t. Actually, it morphed into a painful preoccupation with where Lulu was and what might she be doing.

This mood he’d sunk into was painful and Axel wasn’t six yet. It made no sense to him. He had gown perilously listless by the day. He finally decided he’d visit the building where she used to live. Oddly, there was a piece of advertising mail that was torn on the floor by the mailboxes. It had her last name on the envelope that had a street address on it, which read Briarcliff Manor with a zip
code. It wasn’t Bearcliff, but Axel figured he must have misremembered it, because he was so upset.

He decided he had to visit Lulu no matter what.

A week later Axel snuck onto a bus, saying to the driver he was with his aunt, a lady just ahead of him who didn’t hear him. Axel took it to a large bus terminal. He brought the torn envelope with him just in case. He was then able to get off the bus and found a large bus schedule board with towns listed. He went out to the numbered bus that showed its destination. The driver had left the door open as he’d gone for a bathroom break. Axel deftly snuck on and went all the way to the back and hid down under the seat, so no one would see him.

It was a long wait. But the bus left about twenty minutes later. The ride seemed to take forever. Finally, the driver announced they were arriving in White Plains. Axel suddenly got nervous, that he’d gotten on the wrong bus. There was one old man near him on the bus. As he asked him about where the bus was going, the driver announced that the last stop would be next, and that would be Briarcliff Manor. Just as the old man asked him where he wanted to go and where his parents were, Axel heard the bus driver’s call as to what the final destination would be.

Axel piped up abruptly, “Thank you, sir. Briarcliff Manor, that’s it, thank you.”

The old man looked surprised. Then Axel asked about 10 Elgin Court. The old man replied that he knew the street, it was at the end of Locust, straight ahead about half a mile, and to the right. Axel couldn’t believe his luck. The bus got there in about fifteen minutes.

Axel and the old man got off together, as Alex was to begin his trek to 10 Elgin Court. The old man gave a chuckle, ” Now you know where it is,” as he pointed ahead. “Take care, son.”

The old man went the other way. Axel began walking and found it wasn’t such a short walk. He finally got to Elgin Court and sensed the anticipation bubbling up inside him. He quickly found number 10. The excitement had drained him. He was able to reach the bell and pushed it. It sounded with a deep ding-dong as if he were royalty.

The door opened. Lulu’s mother looked down at Axel. She was smiling as she said, “Axel, young man, we’ve been waiting for you.

Your father called. He’s going out of his mind with worry. I have to call him back. Don’t go anywhere.”

Axel didn’t say a word. Standing there with her hands to her mouth, Lulu just stood there, staring at him, stunned. Then she found her tongue, a breathy low voice emanated, “Axel, how did you get here?”

He was overcome hearing her and couldn’t speak for a minute as he watched her. “By bus and luck.” It was all he could verbalize.

“Hmph. That had to be something.”

“It was.” Axel was thrilled. He did not know for sure if he would ever see Lulu again.

Lulu’s mom returned in a couple of minutes and told both of them that Axel’s dad was greatly relieved, but he had called a while back under the impression that this was where he suspected Axel would show up.

“Was he angry?” Axel inquired.

“Actually, no. He seemed to understand. Anyway, we agreed. He’ll pick you up tomorrow and take you home. You’ll have supper here tonight. And you’ll spend the night here. We have a room set up for you.”

Axel was hoping he could at least sleep over at Lulu’s. He and Lulu had not taken their eyes off each other since the door had opened to her home.

“I have a new game. It’s neat. We could play that until we have to go to sleep.” Lulu looked at him,” happily suppressing her joy.

“Now follow me. I want to show you my room.”

Axel straightened up as if he was taking a salute posture. But you could easily tell he was silently saying, “Lead on, my queen.” As for his dad, tomorrow was another day, thankfully. And Axel now realized the most important verbs were to know and to be and he now felt he knew their conjugations in every language. They were the gateway to everything.