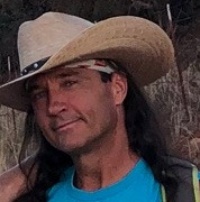 Desire #31
(a meditation on a condition)

The crazy lady tries to get intimate with me
every Wednesday & Friday. I say,
“Listen, lady, you should ask before going through someone’s bag—
& hey that’s my fucking magazine!”
She leaves, assuring me someone thinks she’s beautiful
& I give her glasses, keys & purse to the cashier
for the third time this week
as she runs down the street in her nightshirt.
Nonetheless, I know I’m healthy because I stay up
all night ordering supplements.
The plumeria trees bow suddenly & for good reason.
The yellow hibiscus, on the other hand, cannot help themselves.
It’s a broad fact—like Van Gogh’s
gushing swathes of expensive cobalt at dusk
with nothing to lose because all is lost.
Meanwhile in North America, they line up
to kiss the president, each saying,
“I know you’ll pay me back when you have it.”
The rain gains momentum in a Fenimore Cooper way
& the peninsula is lush, like when the cheerleaders pranced
about in their cute boots & little red shorts.
This is a workingman’s problem:
“The pilgrimage is too expensive, but
the chapel is too close to where I fuck my secretary.”
Everyone dreams about losing teeth,
but I find entire jaw-sets in my morning underwear.
This is the essence of anonymity.
Sad songs find me under dripping green umbrellas.
You be my witness: the garden wasn’t born yesterday
yet is as unmoving as the sun
or an eye
or the sound an eye makes
when it skips a blink.

“Burls and slabs for sale on Thimbleberry Road”
& we barrel through the slick canyon narrows
from Klamath & Gasquet to the Jedediah Gorge
under husky redwoods. Siskiyou Fork:
a gamelan of whispering fir & camas lily
cackles rising from the mossy haunts.
The forest’s dusk-breath steams against
the gnarled gneiss tunnels of Highway 199.
Our wheels bend with the seismic folds
of feldspar corridors—aiming us northward home.
Anonymous towhees tweet from river thickets
& my chest tightens from a greasy brisket in Crescent City.
The fog is thick & the evening limn
drapes us like Miles Davis blue radio forays.
Hidden beasts warble & thrash in their urgent hunt.
Orange poppies clustered on hillsides disappear
in the same evening glove that grabbed yesterday’s Japan
& plucked Egypt like a waiting plum.
This is the night of 10,000 eyes amid wayward freighters’
grunting engines & burning brake fluid.
My old Celtic heart pounds on the ribs of this shadow world,
asking Hellgate & Rogue River to redeem me.
I feel the spine of the Cascade Range holding my prayer—
& my nation has been steered to the fire by bandits.
But Miles’ chords change too fast for the demons to catch us
& I am moving toward a vow. Like you,
First Salmon People who sketched this glorious myth,
I leap toward the smell of my natal stream
& the God of Journeys & Returns
that all kings once burned to know.

I too disown it,
reminding myself to quit
once and for all,
leaving the theater as the air bites its lip.
It tells me at breakfast,
“Just stop for chrissake!”
& rather carve a hollow of forward thought
to tickle the inner membranes of the moon.
Axes thrown on stone:
these imaginary thoughts with
real minds beneath them.

Looking for the Magnificent Mirror
for Fay Kicknosway

“Yes, yes, after all, birth is a failure”
—Neruda from “The Western Nephew”

1.
Each step on earth is a foible & the author of the rules
stalks the golf course with pinched brow,
aligns the green to his wedge & cigar by day,
sings of love & battle to his Smith & Wesson at night.
His children neglect their teeth & hide his keys.
The smell of this slow horror is wet gravel
& the table is set;
the room trembles with hunger under
toothy ancestor portraits.
You can’t separate the colors & you can’t will them away;
the golfer gnashes at his dinner like a snapping turtle—
inborn kabuki gestures straight from the blood.

2.
The tax collector visits the old neighborhood in his safety mask,
dodges the pans & flames,
jabs canary forms at the tenants.
“Wolfey” in 1-A offers a glass of scotch,
says he was an intern on the Tonight Show.
“Pop’s not buyin’,” the taxman says, kicking something off his boot.

A tremendous secret trots through his mind all day;
the money is fantastic & he’s almost paid for the plastic surgery.
He harbors radical Elvis theories,
got one published about a cave full of mammoth bones.
There’s still a little meat on them &
their marrow cures erectile dysfunction,
tastes like licorice.

3
Common houseplants are traumatized when their owner even
thinks about suicide, fearing they too will become mulch.
We all desire the fruits of calm.
I knew a guy who stopped eating, bathing, talking.
I could still ask a question that would make him stumble in the pool hall.
It’s all coming to light like a mastodon in public shower.

4.
The most telling sign is that I found her number
in my good silk shirt from last month.
Who says a grudge won’t pay off?
I’d give anything to have waffles with her again,
share a small room for a few days.
Though the bird’s gait indicates otherwise,
we must at least agree it is not hopeless.

Clint Frakes is a poet, writer, teacher, and naturalist living in Rimrock, AZ. His poems, prose and narrative non-fiction have appeared in over 150 journals, magazines and anthologies in the US, Canada, UK, Australia and Argentina since 1988. He was named one of the 50 Best New Poets of 2008 (Meridian Press) and received the Josephine Darner Distinguished Poet Prize (2008). Other awards include the James Vaughan Poetry Prize (2006), The Pudding House Chapbook Prize (2008) and the Peggy Ferris Memorial Prize for Poetry (2006). He is the former Chief Editor of Hawaii Review and Big Rain. Frakes is a graduate of the Naropa Institute writing program (1989) and received his MA with emphasis in creative writing from Northern Arizona University (1994). Clint received his Ph.D. with emphasis in creative writing from the University of Hawaii (2005).