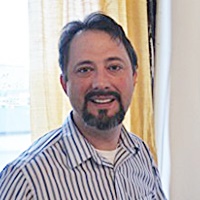 It’s short for Adeline, but nobody calls me that. Anyway, just relax and don’t worry about it. I was going to tell you that 10,000 Union and Confederate soldiers fought on the Marksman Ridge, which used to be called Banforth on account of the family that lived there.

You see it’s the first thing a child learns to say here. That’s bullshit, but we all learn something like it pretty early. I’ve lived in Fentonburg all my life. I was born in the Fenton General just down the road, but you know where it is. It and the Reenactments are the only real business around here. You either work in Hospitality or the Hospital. Ends sort of the same way. Coming and going, right?

Anyway, the funny thing is, Fentonburg never had a battle in the… where did you say you were from? Oh. Yes. The War of Between the States. Oh, you were born in Rochester? Well, I can say Civil War then. I don’t really care. Not even a skirmish or raid. No major campaigns went through. No history, as it were. A lot of farming and cows. And corn. And whiskey.

But that doesn’t matter. Curt McConnell—he was the Mayor back a while ago—was a man of vision, always trying to get something new into this place to get the economy going. That was in 1964, before I was born. But there had been all these reenactments because of the Civil War Centennial. Lots of people went to see those, and that was when Hizzoner figured out we needed a battle.

So he made one up. He got a local history professor along with some of the historical society to get together and come up with something. Anything. So the Fentonburg Historical Task Force determined that the battle of Marksman Ridge had been fought here in 1864. Got a bunch of local people to dress up in blue and grey and shoot at each other with blanks. A booming industry. Well, it got popular, and debunked, but that weren’t no matter, because both sides could win depending on a coin toss. And it didn’t matter if you had just moved here, or what, everyone got into the act back then. I had to dress up like a drummer boy with my hair cut off. Cannon went off to close to me and that’s how I lost the hearing in this ear.

It’s OK. I’m used to it. It’s why I’m sleeping on this side. Anyway, people came here and spent their money, so the town merchants, “sutlers” did great business. Eventually, they “expanded the franchise” to other wars and periods. They started doing a Ren-Faire one year and that had to have a battle, so they made one up for that. Nowadays, the Roman reenactments are some of the most popular. People speaking Latin and everything and not the Catholic kind. I’ve picked up some names, like galea and gladius.

Reenactment. Recreation. Re-creation. You tell me. Those are all Latin words. It takes all kinds.

It does well to know your customers even though technically it’s being a farb and cheating to stay here through the whole thing. So most of them come here to get organized, or just the spectators. Or their wives stay here while they go out to play Flatulus Podex.

So I rent them rooms. It isn’t all that bad. I never went to college, but I like to read. I get a lot of time to do that and I have a good staff. Me and Martha, you know. “No Smoking” is my one big rule. I don’t judge and I’m not going to say “it’s your lungs” or some such shit. Too many people coming through here for cancer to be reminded of that. They’ll get that talk plenty at the hospital. But it just makes the rooms stink.

Yeah, I remember. I know why you’re here. And… you obviously do too. I’d say you should relax but that’ll sound stupid. She’ll be well-taken care of there. One of the best cancer centers in the Country. I suppose you know that already. Well, I’m not the most positive woman there is, but I’ll say what lies beyond hope is possibility we can’t know. Old boyfriend told me that.

Latin professor. I shouldn’t really call him my boyfriend. But I don’t think either of us was fucking anyone else. Anyway, my husband Frank had been dead five years. Stan, the professor, came up here for the reenactment of course and then he stayed here for a bit. Said I was pretty.

Ha, that’s nice. Thank you. We liked each other. Understood one another. The sex was pretty good but he got a tenure track job in New Hampshire at a school there and we’ve lost touch.

Kids? I can’t have kids. I… can’t. Something that happened a long time ago before Frank. Old boyfriend from twenty years ago. He got it from a hooker in Chicago. Nothing to worry about now. Pap’s been clear for years.

Frank? He didn’t care. He was older than me and inherited this place from his aunt. He took a shine to me, and me to him. I liked him because he wasn’t churchy nor judgmental.

He had bladder cancer. That’s why I say I know how you feel. Same place as her, up the road. Except it’s a lot bigger now. Shot himself before it got bad. Officially it was an accident in one of the Civil War reenactments. Happens sometimes, but Frank knew blanks from live ammo pretty well. Insurance company couldn’t prove nothing so I have something to set me by in retirement.

I don’t like to think about it too much. I leave that for the black sleep I don’t remember.

It is a strange place, and beautiful country. Must have been nicer before we screwed it all up. Now there aren’t any jobs here except tending to dying people, washing other people’s clothes, or pretending to be a soldier. That’s still the weird part to me.

No, you’re right. Tourism is tourism. There’s no difference really, I like to think. If I was living in Paris with a café half-full of painters and poets, I’d be working my ass off. It’s a job, and I said half because the other half would be tourists in there gawking and taking pictures. I’d sell plastic Eiffel Towers and Mona Lisa Postcards and maybe some Toulouse-Lautrecs. I know who he is. I told you I get lots of time to read and think about anywhere but here. I wonder if France is really like that. Or what I imagine it to be.

It’s all about what they imagine the war to be. The vets have the most interesting take on it. Some of these guys out there are real veterans. There’s the private maneuvers they do—like they couldn’t get enough of it. Remember Apocalypse Now? There’s that scene at the beginning when Martin Sheen’s talking about trying to get back to the jungle. Maybe that’s just a movie, but I suppose for some of them living out in the cold and mud in November is like that.

But not all of them. I remember one vet. Thought it was all so sick. He was a commander of a M1 Abrams in Afghanistan. Said he knew what it was like to blow people apart for real and he’d never forget shooting the wrong house. All made of brick and mud and blew apart like a cake. There was a little girl’s arm, still in a sleeve, that fell on the turret. He had to shove it off, but the sleeve got caught. It was the last thing he saw before the RPG hit them and blew his arms off. He was going to the hospital here for new ones.

Stop worrying. I don’t mind, and I can’t blame you. I hope your wife… I hope we all. Go quick. That’s a lousy way to go. Hard on her, hard on you. A lonely world. It’s nice just to be here with you. Listening to you talk, and you letting me go on.

Really? Thank you. You can stay here. I’ll still charge you for the room. Makes everything look square. So maybe tomorrow morning we can try. I’ll be right here. And I ain’t going to charge you for that. Shit, some things in this fucking town need to be free.

You’re right. It is a hard world. You know what? It might be a better kind of hard if more people recreated this sort of thing.

David Mecklenburg is a writer and illustrator. While born in Sacramento, CA, at the age of 22 he moved home to Seattle, where he received his MFA in Creative Writing from the University of Washington. His work has appeared in Lissette’s Tales of Imagination, Silverblade Magazine, The Dark Fiction Spotlight. He has illustrated cover artwork for both Isthmus Review and The Adirondack Review.

The majority of his work occurs in a fictional world known as the Hagengard, written ‘in world’ by his muse, taskmaster, and unseen Gemini half, Ada Ludenow. For more of their work, please visit www.hagengard.com.