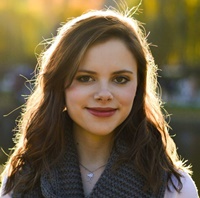 Everything is more charming in Harvard Square.  The thought occurs to me as I approach the wooden framed doors of the slightly curved Starbucks on Mass Ave.  Their two windows, like rectangular eyes, allow me to peer in before I pull them open.  It’s the anticipation I like, I think.  I can see glimpses of the hanging ceiling lamps that offer a dim, and sort of nostalgic illumination over long wooden tables and firm chairs.  There are students with laptops, laughing lawyers in suits, and old friends dressed for a night out— leather, button down skirts, red tights.

I pull hard on the handle, and become a part of the warm and familiar space.  The door shuts silently behind me, sealing me inside.  It’s silly but I can’t help but whisper a sincere thank you to it for saving me from the shockingly frigid grasp of the late November wind.  Knowing that this is just Boston’s gentle introduction to months of an interchangeable tangle of grey, snow, and cold makes me want to stay inside until I spy little green leaves budding on the trees.  The sharp and obtrusive sounds of roaring engines, horns, and shouts of the evening are magically muffled as if a giant, heavy blanket was thrown over the entire square.  Instead my ears eagerly consume the pleasant hum of quiet chatter and grinding coffee beans.

The worn floorboards creek a little as my feet carry me mechanically to the line, which isn’t half bad considering it’s a Friday night.  It’s funny, it moves in a kind of rhythmic way.  The barista asks how she can help, the customer gives his or her habitually instinctive response, next person in line.  I like the steady and predictable flow, the sort of thing you can tap your foot to.  I know what I’m ordering, of course.  I first heard the name of the concoction my first year of graduate school.  Olivia and I had come here to study for Renselier’s first major exam, which was notorious for being in all intents and purposes, a major shit show.

Olivia watched my eyes flutter wildly as they cascaded over the endless cursive scrawls of caffeinated possibilities, her lips curving into an amused smile.

“You do know what Harvard girls order, don’t you?”

I knew she was joking but I felt like a down right idiot when I let out a high-pitched laugh while holding up my hands in an awkward surrender to my ignorance.

Again I knew she was kidding.  But it did have a nice ring to it, and I was a Harvard girl.  If I had learned anything at school, it’s that dangling from that big H are Expectations, and it’s best not mess with them.  Maintain your Composure.  No Mental Breakdowns.  What to Study.  Who to be Friends with.  Which Guy to Date.  Marry.  If I was expected to drink this cinnamon thing, I’d give it a try. The expanse of chalky white scribbles wasn’t so scary once you picked one with prevalent approval and stuck with it.

I’ll have a tall Pike please.  Iced Cascara Latte.  Caffè mocha, no cream.  I close my eyes and listen to the voices ahead of me reciting their chosen beverages.

“Oh umm.  Wow—there’s so many options, aren’t there? I think it’s my new mission to try them all at some point.  But today I’ll just get a hot black coffee, please.  A small one.”

My eyes snap open at the sound of the unexpected lapse in rhythm.

The culprit is a tiny twenty-something year old girl.  She can’t be over 5’2’’.  She’s standing there smiling up at the stone-faced barista, her head just barely popping out from under her vibrant green knit scarf.  It looks as though it has half swallowed her body whole.

The barista rolls her eyes before asking the girl, “Tall Pike?”

“Yeah, sure.  I’ll have that,” the girl says with that foolish smile still beaming across her face.

The man in front of me shifts his feet and checks his watch.  The woman next to him smirks, vaguely entertained by the young girl’s awkward lack of knowledge.  I try to look anywhere but at that giant green scarf.  Something about sharing the dim room with the vibrant monstrosity makes me feel claustrophobic.  I can feel it trying to dominate my vision, making everything else around it look sallow and dull.

My eyes dance around the green beast, and finally settle on the menu board behind the counter.  I realize I haven’t looked at it since that day with Olivia.  There are coffees, teas, lattes, iced beverages, drinks with expresso, and some I can’t even identify.  I suddenly feel as though I want to hold my breath so that I don’t drown.  But part of me also wants to open my mouth, just for a taste.

The barista’s gaze is on me and I freeze like a rabbit in the road.  What do I want?  Cinnamon… Cinnamon what?  I feel panic bubbling up inside of me.  The barista is looking at me expectantly.  Someone behind me clears his throat.

“Cinnamon…uh,” I stare at her blankly, brows furrowed, and eyes pleading for help.

“Cinnamon Dulce Latte?”  The barista offers.  She is smiling, encouraging me.  She knows I’m not like the other girl.

I let out my trapped breath and my rigid shoulders relax.  “Yes, grande please.”

I quickly pay and move to the side to wait for the man who makes the drinks to bellow out my name.  He does, and I lurch forward and wrap my hands around the cup before someone else can mistake it for their own.  I can’t stand it when that happens.  You’re left with the uncomfortable decision of telling the thief that she has something of yours, or getting back in line and ordering all over again.

I don’t even have to look at it to know it’s mine— the smell of rich cinnamon is too strong for my mind to question it.  I notice that the first letter of my name has now been changed to an inky, scrawled K instead of a C, but these little details don’t get to me as much as they used to.  For some reason I think the K makes me sound more couture anyways.  I immediately head to the stairs beyond the counter.  I ascend to the second floor, the cup warming my hands a little more with each step.  When I reach the top, the center of my palms are slightly moist.

I hold the cup up so that the top of the brown powdered whipped cream is aligned with my nose.  The atmosphere around me becomes blurred when I focus on it.  My eyes follow round and round the wide white ruffles from where they float above the murky brown liquid.  The rings get tighter and tighter until the cream reaches a delicate point, and then nothing.  It reminds me of a wedding cake topper and I can’t help smiling.  Soon that sweet, familiar taste will kiss my lips, dance on my tongue, and warm my throat.  The first sip is always the best.  It is the promise of many more to come.  Maybe you notice the sips that follow less as your taste buds become accustomed to the flavor, but that’s not what you’re thinking about when you raise the cup to your mouth for the first time.

I proceed to my armchair in front of the windows that line the entire wall, granting customers a lovely view of the whole square.  I sink into it as easily as a child slips into the lap of her father.  I am about to submit to the desire when I notice something out on the square, behind the glass.  It’s big and it’s bright and it’s green.  It bobs about the dark streets like some kind of weird florescent beacon.  I watch it turn a corner, and then it is gone.  I crane my neck to see where it might be headed, but it’s beyond the vantage point of my armchair.

I snap my head down.  Who cares where it’s going?  I focus again on the matter at hand.  I raise the cup to my lips and sip.  The taste is the same as ever.  Interwoven sweet and bitter flavors, the cream tickling my mouth as the coffee seeps out from under it.  But there’s something else there I haven’t noticed before and I don’t think I like it.  I can’t place it.  It’s not the cinnamon or the roast flavor— that’s all exactly as I remember.  It’s something else.  A word pops into my head and I like it less than the taste that evoked it.

I slowly raise my head and peer into my cup as if I might find an answer somewhere within its paper walls.  But all I see are sinking white ruffles.  I’ve waited too long and the cream has started to melt.

I am an emerging writer from North Andover, Massachusetts.  I study Writing, Editing, and Publishing at Emmanuel College in Boston.  I enjoy writing at my kitchen counter in the evenings where I can put the day’s simple adventures onto paper.  In the future I hope to travel and share my own stories and those of others.  My short story “Hidden Seams” was recently published in the 2017 edition of Kansas City Voices.