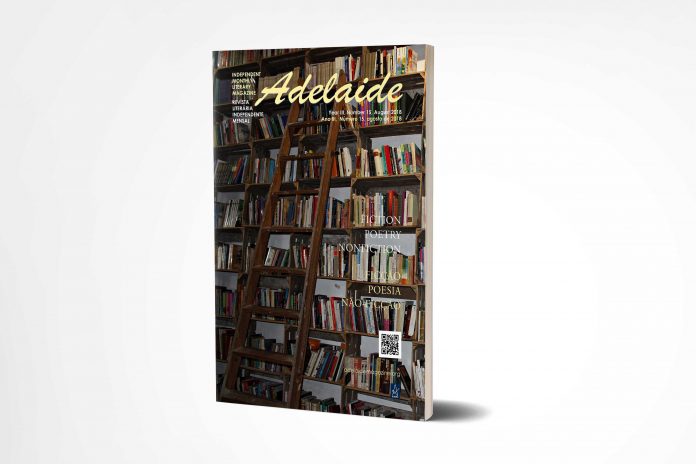 THE FOX AND ITS CATCHER
by J.R. Night

Oh, he would get him today. Months had passed, and he had maintained this charade long enough. All students were required to eat their lunch in the cafeteria. But, no, not this student, this particular student thought he was above it all. The school security guard would sometimes catch a glimpse of him here and there: the flash of grey faded sneakers before they pivoted into the next hall; the whipping of a backpack before it vanished into the boy’s restroom; and a locker slam before the disappearing flight up the staircase. Each time at lunch, without fail, the student evaded him.

But not today. Today, he had crafted, what he thought, was a rather clever and well-thought-out plan. He reflected on how the only times he would ever capture an immobile image of this creature was when on hall duty. He would see him sitting in the back of the classroom, slumped low, arms tied across his chest, just simply radiating trouble.

So, today, he decided he would stand outside his class, wait until the bell rang, and then guide this little rule-breaker right to the cafeteria to eat just like everybody else. That was his self-proclaimed brilliant master plot.

At half past eleven, the hall flooded with students. Be it luck or the mystical accuracy that comes with focus, the security guard distinguished the rabble-rouser’s black hair in an instant. The slippery animal was moving much swifter than the rest, zigzagging through the crowd with an expert ease. The guard set off, attempting to echo the student’s trajectory, but failing to match the fluidity in which he did it. As the rest of the students drained the hall and cleared his line of sight, the guard felt his heart sink when he saw the student several feet away turning a corner into the hallway that lead to staircases.

The guard dropped his shoulders, crestfallen. The student would no doubt fly downstairs since the upward one was closed off because of water damage. Once there, he would be downright untraceable in the maze that made the basement floor.

It was during this thought process that the guard paused, his eyes bulging. His spirits suddenly soared as he bolted at an electric speed. The student had been in class when the janitor was closing off the staircase; He would not know it was closed until he made it all the way up and would then be forced to make the journey back downstairs, costing him a decent chunk of seconds. Seconds that the desperate guard now hoped to fill.

He took a chance, and plunging to the nearest downwards staircase, he begged lady luck to let him meet the student. In a matter of seconds, the guard arrived. And there the boy was, frozen, startled for a second, but not wholly surprised.

“What are you doing here?” said the guard. His eyes twinkled with an air that could only be called tunnel vision.

“Nothing,” said the student.

“The cafeteria is the other way, son,” said the guard.

“How about I help you get there since you seem to be lost already.”

The student’s mouth shut a little, tightened, and then he said, “Okay.”

The guard was delighted.

As they walked up back toward the cafeteria, the student said nothing. He opened the door and let the student in. He closed it, capturing him, the fox at last inside its cage. He gawked through the small window of the door to watch his wonderful prize. He turned away and threw a fist into the air, grinning for all he was worth.

He wanted to give one last look at his victory before he went on with his job, wanted the glorious sight of him sitting there. He pressed his stubby nose to the window and his smile fell.

The boy said nothing, continued to say nothing when they got in line, and picked nothing to add onto his plastic tray. The guard, fed up, began to stack items on his tray: an apple, some tater tots, and a box of chocolate milk.

The boy mumbled something.

They had reached the cashier. The guard looked down at the boy and saw for the first time the red that marred his complexion.

Flustered himself, he told Paloma, the register lady, he would pay her back. The student seized the tray as though it were an extra limb he did not know what to do with.

As they left the food counters, the guard, his voice several decibels lower, said, “Okay…go on and sit with your friends.”

“I don’t have anyone to sit with,” said the student, still holding his stiff limb.

The fox and its catcher locked eyes for a long moment.

No words passed between them. In the next seconds, the red tray exchanged hands and the boy fled for the backdoor, and while the guard followed him out into the hall, he did not pursue him any farther. Instead, he watched his prey, with his grey faded sneakers and frayed backpack, dash down the hall, and turning at the end of the corner, he vanished from sight.

J.R. Night is a recent graduate from The University of Maryland with a degree in English Language & Literature. You can find more of his work at The Dime Show Review, The Drabble, and The Ogilvie.