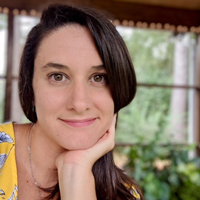 NO BOYS ALLOWED
by Jessica Simpkiss

Clint was fifteen when an accident killed our father. I can still remember the look on my mother’s face as she tried to tell us that he wouldn’t be coming home for dinner. The fried chicken and mashed potatoes she’d already made sat on the table for nearly two days before she let us clear it to the trash. It had been my father’s favorite. She never made it after that, even though it had been my favorite too.

I tried to remember back to the summers before, when we’d still been kids, but it felt like it hadn’t been real. It was something I dreamt. When I was alone at night, lying in bed staring at the peeling paint on the ceiling, I would find snippets of our childhood memories in the rapid eye movements I made trying to fight sleep. I could vaguely remember the way the rope felt in my hands, just before I’d let go and fall into the dark water below. There was a split-second to make the decision to let it go and you knew if you didn’t the bank would erupt in laughter and taunting screams. When the angle was just right, I’d let go but the fibers of the rope would leave a lingering sensation on my skin, as if to say it wasn’t too late to grab hold again. No one ever grabbed hold again.

The first time, it didn’t even feel like water. It was more like falling through glass. The water would sting against my feet, slicing through skin, leaving a bloody mess to deal with on the mile and a half pedal home. But we would always come back, hungry for the feeling of freedom that only falling from forty feet above the earth could give young boys. It was the only time we’d ever tasted it.

I’d always wake up in the morning, wondering if the things I dreamed had really happened or if they were just wishful thinking. I’d ask Clint, sometimes, about my dreams and he would laugh as a thick film of nostalgia appeared at the bottom of his eyes. I’d lose him for a minute, sometimes a few. I knew better than to say anything in those moments, ruining for him what must have felt like even more distant memories. It didn’t really matter, if they were real or imagined. There was no getting them back either way.

The summer had become a death sentence. Each day took with it a little more of his innocence, a little more of the childhood we thought was promised. When we should have been ghosts in our mother’s eyes, at least while the sun was out, we had become homebodies, zombies, lurking around the house, tiptoeing around the elephant in the room. We were naive to assume that things always worked out. Things rarely ever went according to plan. Just ask my father.

Sonny, he whispered from above me one morning. I have something to show you.

I opened one eye and when there wasn’t any light sneaking in under the plaid curtain dressing the window I groaned assuming he’d woken me up far earlier than any twelve-year-old boy had ever woken up on a Saturday, even if our Saturday’s were numbered. But I’d had it all wrong.

We sped past the turn for the lake and kept going straight. Layers of heat still clung in the air above the pavement and we sliced through it like a knife in summer butter. Even in the dead of night, the heat was unforgiving. There was rarely a breeze enough to make any difference. The downhills were the only time we felt any kind of relief, both from the heat and the strain of pedaling halfway across Worth county.

At the end of the 409, we stopped at the faint remains of an old dirt road. The weeds and underbrush had almost claimed it as its own, but not completely. I could see a thin lane of tire marks worked into the remaining dirt and footprints that had trampled some of the grass. Clint told me to follow him with a hushed voice but said nothing else.

We ditched our bikes behind a sweet-smelling bush at the side of the road, and in the light of day I might have recognized it to be blackberry, but I couldn’t be sure in the darkness. I couldn’t be sure of anything. We dove further into the wood line and as we did, the only light we’d had to guide us trickled through the heavy treetops and was almost nothing by the time it reached us on the ground. I followed closely behind the sound Clint made in front of me, entirely sure I’d never make it out if I lost him.

Clint, I whispered hoarsely, where the hell are we going?

Shhh, he hissed back, you’ll thank me once we get there.

We moved like moss through the woods. Our steps over broken branches echoed through the silence. Small night time creatures scurried about, unseen but not unheard. Crickets sang to one another, letting those of them ahead of us know something was coming.

We came to a clearing and Clint stopped as if he wasn’t sure which way we were going.

Do you hear that? Clint asked, turning his face upward toward the night sky, it’s this way. He turned to the south and continued into the darkness. There was a faint hum drifting through the trees, and we followed it like bloodhounds until we came to a hindrance in our path.

When the trees shifted, bits of moonlight filtered down, enough to see the metal cattle gate and the signs that hung brashly on its face. I didn’t need the light to know what they said. They were the same on every gate you came to. Stay out, private property, no trespassing.

Clint sat, straddled on the top metal rung of the gate, looking back at me with a Cheshire smile I could barely see. A gentle wind blew through the trees, rustling the leaves and waking a hoot owl in the distance. The gray moon dribbled down through the branches and glinted off his white tee-shirt and the metallic finish of the gate, making it look like he was almost swimming in its light and I finally knew where he was taking me.

I jumped the gate like a thoroughbred instead of the common field horse I knew I was. The hum I’d heard before morphed into radio music and laughter the further from the gate we moved. I looked back in the direction we’d come and the moon was still shining down on the gate. Somehow, the empty backing of the signs that had tried their best to forbid us from moving past them felt more threatening than when I’d been able to read their warnings. The empty white space gleamed out at me in the hazy light. They were the only thing I could see clearly.

Listen, Clint whispered, you’re too young to be here, but …

He didn’t need to finish his sentence. I knew what he was doing and why.

I’d heard rumors about it. We all had. He’d make me swear not to tell any of my friends that he’d brought me there, or else they’d all be begging their older brothers to bring them too and it would ruin the everything.

The structure itself was dilapidated, leaning in more than one place. The tin roof was rusted in places and missing in others with falling down walls, none of which were matches for containing the sound coming from inside.

A boy older than Clint stumbled through what they used for a door as we stood outside while he told me the rules. I was only allowed one beer and if anyone asked I was fourteen and not twelve.

Inside, stringed Christmas lights replaced the wispy light from the moon and the stars we’d used to get there, but it was still dark enough that everyone was hidden in some level of shadow. An old radio in the corner blared the latest hits. Couples in the middle of the room danced too close to each other, their lips and tongues exploring their partners deeply. Other couples closer to the walls danced to music only they could hear as their bodies twisted and heaved in singular movements. Clint smacked me on the back of the head, telling me to stop staring with his eyes.

Here, he said, shoving a warm beer into my chest.

What am I supposed to do? I asked, feeling very much a kid out of place.

He winked and disappeared, becoming another face brushed with greens and reds and yellows as they danced wildly and without fear of parent’s eyes or ears learning their secrets. Our parents had been here or somewhere just like it when they’d been their age. It was a rite of passage in Worth. Boys become men and girls becoming women overnight. They all knew where their kids because they’d been their once too.

I stood in the corner and sipped my sour beer trying to be inconspicuous, which wasn’t hard to do. I became a fly on the wall inhaling the smoke from their cigarettes and listening to the music that would later define all their lives. I thought about the summers before our father had died, when we were still kids. Our biggest worry was the condition of our thrift store bikes and who was coming swimming. I watched the kids in front of me, desperate to become anyone other than the children they’d been or still were. They were stuck in the middle, too old for swimming all summer but not old enough to be adults in public. Except for Clint. Clint would be an adult in the morning when he showed up at the Feed and Seed for his first day of work. Even I wouldn’t be a kid anymore by then, at least not the same kid I was the day prior. It felt like we’d grown up overnight, but we were just too foolish to notice that it had been happening all along.

By the time the sun woke up, the air reeked of stale cigarettes and sex. The music had quieted and the dancers moved slower, like sleepwalkers moving in the night. We leaned on the wall, savoring the idea of being us one last time before the ride home when we’d become different people. But at that moment, we were just us, without a father who’d died and a mother who’d never recovered. We were just boys in the woods learning to be men before we knew what that meant.

Jessica Simpkiss lives and works in Virginia Beach, Virginia with her husband and daughter. She studied Art History at George Mason University. Her work has most recently been published or is forthcoming in the Hartskill Review, Zimbell House Anthologies, The Write Launch, The West Trade Review, The Dead Mule for Southern Literature, The Bookends Review, amongst others. Her debut novel, The Spaewife’s Secret, was published in November, 2018 by Solstice Publishing. She is currently working on her second novel tentatively entitled, Bone in the Blood. Find more of her work by visiting jessicamsimpkiss.com