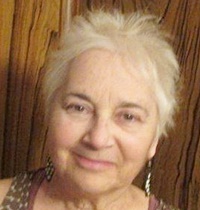 He was a man who never cussed in front of women. Just inside his own head. The black head of retired Major Robert O. Brown. Thanksgiving was on its way. In the cupholder of his battered 1973 LTD he had a silver Thermos of hot black coffee with two teaspoons of sugar – real sugar – not that fake stuff – and real cream.

A huge map of southern New Jersey was spread out on the passenger seat. For a dozen years he’d been promising himself to visit Great-grandmother Alicia on the family farm. He’d call her every year and her voice kept getting weaker and weaker, like a player piano missing half its keys.

She had been a former slave, not like Obama, a decent enough president, slow to the draw, but now he would sit down with her and they would shoot the breeze.

He drove nice and slow. Cops were hiding behind bushes in the middle of the median, the black and white cars were as camouflaged as Humvees in the Afghan. He wasn’t gonna get shot dead by the bastards before he sat on the front porch with Granny.

He pressed the buttons on the radio and summoned far-off stations like New Zealand – yes! The Kiwi State – where he heard commercials to save the koala bears. Not surprisingly, tourists would kill them for their warm fur and the country was in crisis.

Static crinkled on the station. Remain calm, he thought. All things pass. He made sure his seatbelt was on. He imagined a cop stopping him. What! He should show him his medals from the War in Vietnam? They were in his study, in a glass case, his grand-daughter Arielle polished with Windex and ammonia.

He’d warned Arielle that ammonia could knock you out. Once, he was pushing a shopping cart at the Shop-Right, and a large man was down on the floor, seemingly dead. The Major, who was called Robby, lifted him up by the collar, stared hard at him, then blew his own breath over his face, and the man bolted upright.

Robby wore a warm leather jacket he and his wife, Sarah May, had bought over at Target. It was not cheap. She was a coupon saver and it only cost them two hundred dollars. He wondered, as he drove, what he had in the pockets. Many surprises. Possibly a pair of tiny red gloves that expanded when you put them on.

He found them in the middle of the street. Their street. Edge Hill Road. A cul-de-sac. The GI Bill enabled Robby to buy a three-bedroom rancher with a stone front and a fireplace that burned real logs. The heat lit up the whole house.

“Get out of there,” he’d yell at the cat. “Ya wanna end up like Fra Savonerola burnt at the stake for heresies?”

Sarah May was out shopping at Whole Foods today. She had her canvas bags ready as they aimed to save the world from climate change.

He kissed her goodbye, feeling her soft skin, but saying nothing about where he was going. That’s all she needed. To have her “worry meter” set on “high.”

He adjusted his sunglasses and looked out the rear-view every few seconds. If anyone got too close, he’d let them pass. He watched as they looked at what they believed was his old jalopy.

Wrong! In his garage, he and some neighbors installed modern engines that could out-gun your average car. Then off they’d go to “the track” –  Millville, New Jersey – to test their engines along with other so-called “amateurs.”

If you looked carefully at Robby’s index finger, the tip had been sewn back on. His buddies raced him over to the nearest hospital – the tip was kept warm in his mouth – and the only way you could tell was if you had a one of them magnifying glasses used to read small print on medicine bottles.

Up the hill he drove. Gulp! Robby swallowed hard. These upward slopes caused congestion in his ears. He pushed back his red Phillies’ baseball cap and thought, Doin’ good, man, doin’ good.

He swung over to the shoulder and got out of the car.

A series of still-green bushes hid his black ass as he took a whiz.

I am ready now, he thought. Granny here I come.

What a perfect time for a cop car to approach. Robby wasn’t a praying man. What good did it do in ‘Nam?

Sure enough, he watched the red light atop the car pulsating and pulled over immediately.

A slender police officer, dressed in civilian clothes, walked over to his cocoa-brown LTD.

“Nice car you got,” said the cop. “Sure don’t make ‘em like this any more.”
“Thank you, officer. She’s in better shape than she looks.”

The officer said he figured that out, since one of the bumper stickers read, “Association of Antique Cars of New Jersey.”

Robby explained he was going to meet his Granny off some lonesome road near Crampton, New Jersey.

“Well, you drive carefully, son,” said the officer. “I know where she lives. She’s not long for this world.”

Robby nodded and set off again. He paid attention to the landscape, miles of bleached grasses, where a film director like Tarantino or Scorcese could make a film.

He pulled up to the house.

His was not the only vehicle there. A rusting green John Deere Tractor rested itself as if awaiting a decent burial.

He went over and patted its yellow seat.

Then took off his cap as a mark of respect.

A side window of the house had yellowing lace curtains.

Granny stuck her head out.

“Can’t hear you, Robby, just know you’re here by the rumbling of your car,” she said in a voice that sounded like it had been sleeping for one hundred years.

“Gonna make you the best breakfast of your life. Wait outside” – she had a fit of coughing – “on the front porch until I gives you the okey-dokey to come in.” She muttered something about being tired of cooking just for herself.

He walked up the steps to the front door.

The loose boards tried to make him fall, but he walked carefully. It reminded him of those IEDs in Vietnam. He blinked hard so’s not to remember his fallen comrades.

He sat on the front porch in a rusty glider that faced the dry hills.

Thank you, Lord, for keeping Granny alive till I got here.

Gray clouds above threatened a downpour. He could, of course, spend the night if need be. Why had he never noticed how beautiful they were. Gray. A simple gray like news anchors with gray hair. Walter Cronkite, for instance, who unashamedly cried when JFK was murdered.

He stood up and walked from one end of the front porch – which was as big as the house was wide – picked up a broom – and swept off the dead leaves.

A tiny mouse lay in the corner with his feet up. Robby swept it away. Newly dead, he thought, or else it would have been eaten. And, there was the cry of a hawk and then a bluejay squawking and he was certain he heard a barn owl.

The barn was behind them.
Who lived in there? Runaway slaves?
Robby knocked once on the front door and entered.
The overpowering smell of buttermilk biscuits and mold and rot entered him.
Granny wore a long black overcoat to keep herself warm.
She stood at the black stove – glanced over at her grandson – waved hello and said,
“Gimme another minute or two. I ain’t gonna die yet.”

“Take these flapjacks and sit yourself on the porch. I poured real maple syrup on top.”
The dish she found for him had flowers all acrost it. Could it have been from the days of slavery?

He sat outside on the top step of the front porch. The stack was high, golden brown, the syrup falling off the plate.

He licked his fingers.
Was it an exaggeration to say he’d never tasted anything as good in his life?
He took his time eating. What, after all, was the rush?

He chewed slowly, gratefully. His tongue washed over every tiny bit. Soft as silk, toasted in all the right places. Better than Sarah May’s sweet potato pie.

He patted his belly, then stood up to see what was in his pockets.
A beige napkin from Starbucks and a coupon for Libby’s pumpkin filling.
“Gran?” he shouted. “Darn good, darn good!”
He refused to enter the house just then.
He knew what he would find.
And he did.

Ruth Z. Deming has had her work published in numerous lit mags including Mad Swirl, Scarlet Leaf Review, and Pure Slush. She lives in Willow Grove, PA, a suburb of Philadelphia. She belongs to the Beehive Writing Group where a dozen writers share and give gentle feedback to one another.