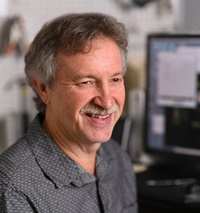 I heard movement outside the door. Maybe it was just the wind playing tricks.

“Dude, chill out. I will let you know. Just be quiet.”

The early morning sun spilled into our dorm room, casting a bright rectangle on the tan linoleum floor and ending at the feet of our worn-out, second-hand sofa. The rest of the room was engulfed in darkness. I hid behind the sofa, a long white string tensed in my hand. In the distance, the banter of other students chatting as they walked to and from classes drifted in. A bird chirped in the distance.

The sounds of wings fluttering came from just outside the door, followed by a low cooing. A blueish-gray feathered head came into view, casting a long shadow onto the brightly lit floor. More wings rustled the air outside.

Now?” whispered Jimmy, who was pressed up against the wall behind the open door. His tall, thin frame fit easily in the small space. His hand was on the doorknob, ready to close at a moment’s notice. Putting a finger to my lips, I shook my head. I gestured with my palm for him to keep calm. Jimmy had too much energy for his own good. It was like he was permanently hyped up on too much coffee. Funny thing was, he never touched the stuff.

About half a dozen pigeons pecked at the small pile of breadcrumbs on the concrete in front of the door. It had taken a week of trial and error to get them this close. A couple were white with black speckles and gray hoods; some were solid gray. One was either older or had been in some kind of fight. He was missing feathers from one of his wingtips. They all cooed while they ate as if they were talking over lunch.

Jimmy tensed his grip on the handle; his eyes twinkled with anticipation. I shook my head and mouthed the word ‘no.’

One of the pigeons looked inside as the first offering of food began to dwindle. This one was larger than the others. Sporting gray feathers with black stripes on his wings, his neck shimmered green in the sunlight. Definitely one of the big players on the block. Looking both ways, he cautiously moved towards a smaller mound inside the room, about two feet away from the first pile we had placed. The bird slowly took a couple of steps in and turned his head left and right several times, scanning the darkness. Satisfied that everything was safe, he approached the second offering and began to cautiously peck at the pieces, cocking an eye to the side every now and then, looking for predators. Once the mound outside was consumed, the other pigeons warily made their way inside the room and joined their companion. We now had about six birds in the room, more than we had hoped for. As the second pile began to disappear, the leader moved to the third heap we had placed in front of a large cage Jimmy and I had assembled.

About a week ago, we had found a large amount of chicken wire in the trash bins by the college’s athletic center after the baseball backstop had been rebuilt. As opportunists with a lot of time on our hands, we devised a plan on how to use it. Inspired by the rooftop bird coop of Marlon Brando in On the Waterfront, Jimmy and I had decided to take up the art of raising pigeons. We thought that if we could figure it out, we could get some of our buddies in on it. We could have bird wars or train them as messenger carriers; the possibilities were endless. Given that we were penniless college students, it seemed like something we could do that would cost very little money. Even the bread was free; we had pulled it out of the cafeteria garbage.

I tightened my grip on the string that held the door open to the cage. A final offering of goodies was inside. Kneeling behind the edge of the sofa, I could see just enough of the cage and the birds so I would know when they were inside. One good tug and the door would snap shut. It was a good-sized cage, about three feet square. Jimmy and I planned to use the rest of the chicken wire and some wood we found to build a shelter on the dormitory’s flat roof. We snuck up there all the time to drink beer and catch some rays.

“Just a little closer,”I said under my breath.

The first bird was at the front of the cage, eyeing the food inside.

I noticed that Jimmy was rubbing his nose and sniffling. Those dang allergies of his.

A second bird now edged up to the cage, eyeing his companion, examining the food and the cage. It was almost time to spring our trap.

I could hear Jimmy struggling to stay quiet. I frowned at him and held a finger to my lips again. I could barely see him in the darkness behind the door, but I could definitely hear him. Any more noise and the pigeons would hightail it out of here.

A third bird moved beside the other two, all of them hesitant to go inside the cage for the last pile of crumbs. A low cooing came from another of the birds as he joined the others in front of the cage. They all started cooing as if exchanging ideas about what to do next.

“Ahh-ahh…” Jimmy clapped a hand over his mouth.

I pulled back on the string a little, increasing the tension on the door. I didn’t have much more time before Jimmy would let loose.

“Come on, you stupid morons, get inside the stinking cage,” I said to myself.

The first feathered creature gingerly put a foot inside the cage as the others crowded behind.

“Get inside the cage, just a couple of steps more.”

My eyes pleaded with Jimmy not to sneeze, who now had both hands on his face, trying to stop the oncoming freight train.

In the process of sneezing, he lurched forward and hit his head on the door. The door swung shut with a loud bang, causing the pigeons to take off like rockets.

“Aw, Jimmy!” I moaned. With the door now closed, the room was almost entirely dark except for a little light coming from underneath the curtains by the door. Blurs of motion swooped above. The pigeons careened around the room, frantically trying to find an exit. As Jimmy sneezed again, one crashed into his head.

“Oh, crap!” he yelled. “I’m hit!” He staggered toward me as he tried to get the bird’s feet untangled from his long, wavy hair. The creature beat Jimmy about his head with its wings, frantically trying to untangle itself.

“Look out!” I yelled as Jimmy crashed into the cage and flipped over the top of the sofa, hitting me in the head with an elbow as he tumbled. The pigeons were in full panic mode. There must have been six or seven of them crashing into everything. It seemed like there were dozens, as if the room was filled with them.

One of the things I learned that day is that when birds panic, they tend to lighten their ballast. Suddenly, I felt something wet slam against my shoulder and neck.

“Oh my God,” I moaned. In the dim light, I could see the animals strafing everything in the room. The beds, the pillows; there was even an attack on the small TV we had on the dresser. I struggled to move past Jimmy and get to the door. Feathers floated everywhere; I inhaled one with almost every breath now. They tasted funky, a really terrible texture. How could anything eat these nasty creatures? I needed to get out of the room, or at least get these flying rats out.

I have to get to the door. I tried to focus my brain and ignore the chaos engulfing me.

Laying on my belly and using my elbows and knees, I struggled to get to the front of the room. A lamp crashed to the floor. Drinking glasses by the sink were pushed off the counter by the frantic animals and shattered.

Oh, man I hope those weren’t my Fred Flintstone glasses.

the sofa. He lay on his back, a slash of bird poop across his chest.

“Jimmy!” I yelled across the chaos, “Jimmy! Are you okay?”

He raised his head but only for a moment as he waved towards the door. “Save yourself, I’m a goner. There’s no hope for me.” His arm fell to his side, and he remained motionless.

What an idiot. How did I wind up with him for a roommate?

A claw tugged at my hair as I struggled towards the door. I could feel the droppings and feathers beneath me as I slithered my way forward. How much crap do these birds have in them? The noise from all the wings careening and the random bombings in the darkness above me were terrifying.

Must save myself. As I reached up to grab the door handle, one of those foul creatures crashed into my hand and left a funky-smelling gift on my forearm. I was on the verge of losing consciousness; I couldn’t catch my breath. The air was full of feathers and the putrid stench of panicked birds. I forced myself towards the handle again. What would people say if in a week or so they found us in here dead with half a dozen pigeon carcasses? What would they put in my obituary? I couldn’t let that happen. With one last effort, I grabbed the doorknob and turned it, flinging the door open with all the strength I had left. Collapsing onto my back with my head outside on the concrete, I let the sunlight wash over my face and took a deep breath of fresh air. I could see the sky, clear and blue, above me. Freedom! As soon as they saw the daylight, all of those horrible beasts made a break for it but not before one of them deposited a parting shot right in the center of my forehead . Feathers slowly drifted down and covered me in a quiet blanket. It had all taken place in seconds, but the scars of that day would be with me forever. Even now, I can’t get close to one of those evil things without my pulse racing.

Woodie Williams grew up in South Carolina. His family has lived in the South for generations. He currently lives in Atlanta, Georgia where he works as a commercial photographer.