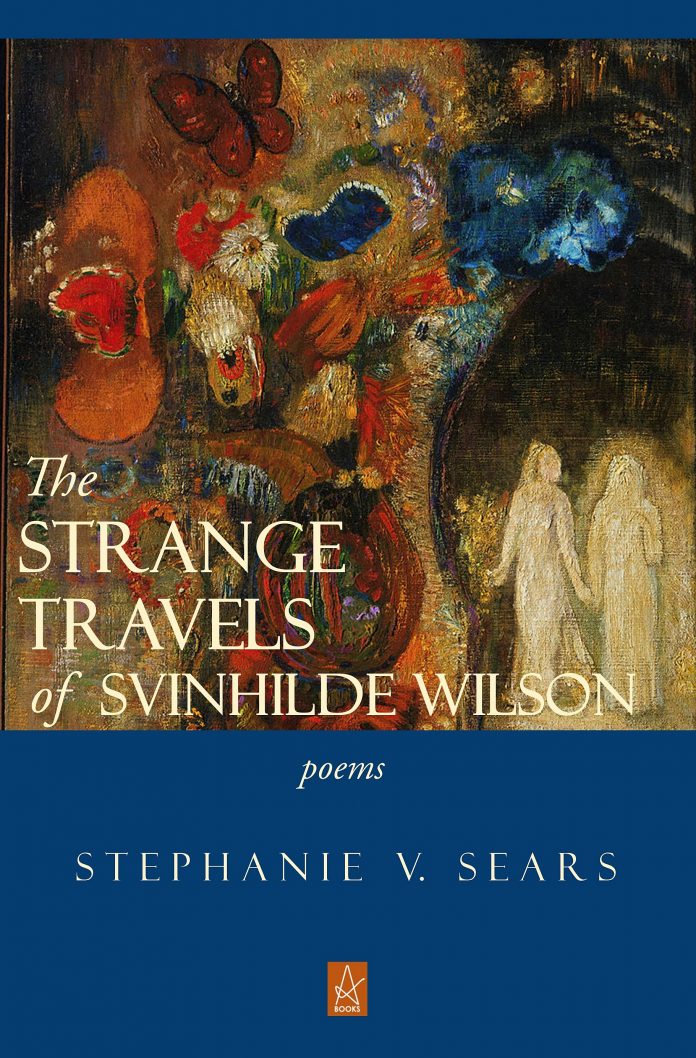 I am a restless dreamer. Like a lot of people who take a walk to develop an idea, I need to take some mode of transportation and go somewhere. The excitement has barely diminished since my first trips when I was little. Sometimes looking down at cloud landscapes from an airplane and listening to favorite music I feel that I never want to come down. In the poem’ A Chamber of Wonders’, written after traveling through the Magellan Straits to Ushuaia, I expressed that feeling of just wanting to continue on South. But I ran out of money. There must be a moment for astronauts  when  returning to earth is very unpalatable to them.

I would love to at least tri-locate. Sometimes, sitting at my desk and emerging from writing about a place to answer the phone, for example, the feeling of return is so strong that I do feel that I have actually been to that place in what the Platonic language calls ‘astral body’. The esoterism of things, places, people always finds me. It has turned me into something of an Animist as far as nature is concerned.

I prefer individuals to groups of people, and how in the individual, personal contradictions correspond to an inner logic which to me is rich with intuition and inspiration. Ethnographic fieldwork taught me to listen carefully to what individuals said, not just for the information they provided me in that context, but to understand the personality from which the information issued. The group, by its very format, suppresses the more interesting aspects of an  individual’s mind. I think that a lot of organized groups are responsible for much of the strife and misunderstanding we see in America and societies at large. By essence they lack subtle thinking and cause  conflict. Poetry to me is the ultimate escape, the ultimate freedom of thought, the ultimate lucidity. The poet can encode messages into a poem and throw that message out there for some to grasp. Of course, the Russians who are some of the greatest poetry lovers in the world, knew the power of poetry so that  government in Russia was not averse to neutralizing poets they considered enemies, to the Russian Revolution, for example. But for the time being….. in the western world….

I wrote a lot of things, starting when I was an early teen-ager,  and that are quietly fossilizing in a cellar at home. But I remember one poem written during unbearable algebra classes under cover of my desk. It was written in Arthur Rimbaud style and wildly impertinent, about nuns, because I was in a Catholic  school. Naturally, I was caught writing  the poem and it acquired an unwanted notoriety in the school, causing me a lot of trouble. I’d rather not remember what I wrote, frankly.

The title is  ‘The Strange Travels of Svinhilde Wilson’. The name Svinhilde is Scandinavian and in itself implies to my ear both fragility and strength; and Wilson is the name of Swedish cousins from Goteborg  on my American grand-mother’s side, and that I have never met. It is a homage to that Viking side which I feel in me in a number of ways but particularly in that impulse to ‘go’ and see what Is on the other side of the world. The adjective ‘strange’ alludes to specific oddities encountered in my traveling but also to the general strangeness of life if you look at it closely enough.

When I write an essay it takes a long time between the research and the drafting. But If you mean, my latest poem, I  think it took shape quite quickly.  I think that for a poem to be successful , the initial impulse has to be intense,  passionate, clear like a spring of water, with an idea that also contains emotion and a ‘picture’ of the shape of the poem: a sense of structure, of  form, the arrangement of the lines etc…. But after that initial and essential stage, I re-write and tweak sometimes for weeks, months. But it can also be finished very quickly almost as though it was dictated to me from somewhere.  At times, I leave the poem and take it up again, in which case it is difficult to say exactly how long it takes me.

I exhaust all the little procrastinating activities I can think of around the table where I write: re-arranging fountain pens, sharpening pencils, staring into space or at  squirrels or whatever is moving out there, listening to music. I  like to surround myself with attractive objects like an old English teapot and porcelain cup and inspiring books which I just stack on the side of the table and which seem to help even though I don’t open them. I don’t take any substances other than Lapsang Souchong tea and Paul Newman pink lemonade, the latter when I am in the US. I might also jolt my brain alternating heavy metal music, which I find in its slower rhythms very enticing,  and classical.

I draw and play the lute ( badly) and I used to sing lyrically a bit. Also photography.

Joseph Conrad and Yukio Mishima, which is why I wrote poems about them in The Strange Travels of Svinhilde Wilson. They are always with me. Their intelligence mesmerizes me. Also Tolstoi ( as novelist) and Bulgakov. These are probably the novelists who have affected me the most. The poets that I admire the most at this point are Zbigniew Herbert, Joseph Brodsky, Eugenio Montale, some Pablo Neruda, Octavio Paz, Ivan Bunin, Ted Hughes and always: Rimbaud, Byron, Holderlin, Shakespeare.

8 What are you working on right now? Anything new cooking in the wordsmith’s kitchen?

I just finished an essay on Venice and how, in my view, it will have to change its image after the Covid crisis to survive as a living city. And I came upon a narrative thread for another book of poetry, when my lute teacher the other day played me some harmonies once considered sinful and therefore shunned from certain places, like convents. Such harmonies are typical in Baroque music. On the whole,  I write poetry according to a fluid and rather constant timetable.

Often. What they look like, in what place they choose to read: outside, indoors, with their pet, lover….. I want to reach out to them through the pages like ET with that luminous digit of his. I hope they are of all ages and types. I think that individuals who can’t travel for one reason or another should read me because it might take them far away for a while.

Balance the wildest moments of inspiration with an internal picture of what the poem should  look like. It is funny for a zeroville in algebra like me to say this,  but find the formula, the structure of your emotion/idea,  the most beautiful one, as mathematicians will  say about equations, the one that clicks into place inside of you. Test the emotion on yourself before you send it out.

Joseph Conrad’s famous citation: “My task which I am trying to achieve is, by the power of the written word to make you hear, to make you feel — it is, before all, to make you see. That — and no more, and it is everything. If I succeed, you shall find there according to your deserts: encouragement, consolation, fear, charm — all you demand — and, perhaps, also that glimpse of truth for which you have forgotten to ask.”

I have not kept count and sometimes I read part of a book and leave it. But let’s say, some ten different books of poetry, and some twenty prose books for leisure. If I am doing research the amount of reading increases dramatically. I like the old gothic novels and short stories. I love Bram Stoker’s short stories and the best time to read them is March in the northern hemisphere. I love to be spooked by literature as long as it has the romantic element. I don’t like clinical horror.

I try to be exact in my sense and description of a place , person, situation. And I  don’t shy away from the weirdness when it is there.

I am not sure to understand the aim of the question. I don’t know much about the publishing industry except that I get the impression, particularly in America, that a certain type of writing is encouraged and finds more favor than others and I am not talking about the level of quality in writing. I don’t like blatant activism in poetry. It usually bores me and I feel at times that poets and their poetry are being rounded up to serve the directives of the social and political powers that be. As I said previously, poetry is to me an escape from certain constraints of society. I think there are other ways for poetry to have an impact on its time,  in a deeper, less perishable way.