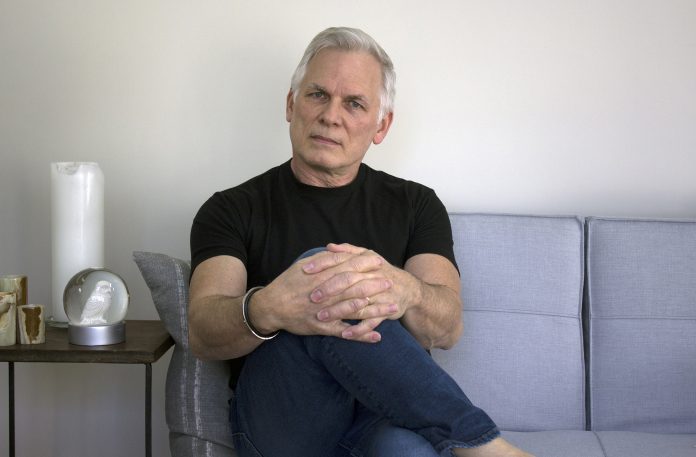 A CHAT WITH MARK SABA

I never thought I’d become a writer, though I did have a habit of writing long, dramatic letters to people when I was an adolescent. I just thought it the best way to communicate. My academic interests have always been far-reaching. I was particularly fond of science and art. My high school English teachers were uninspiring. Following high school I entered pharmacy school at the University of Pittsburgh, but only stayed there a couple of years. I transferred to Wesleyan University, where I took a fiction writing class with Annie Dillard. She is the person who encouraged me to become a writer. Her class changed me forever. I found avenues of expression in my writing, under her mentorship, that allowed me to flourish.

2. Do you remember what your first story (article, essay, or poem) was about and when you wrote it?

I wrote a couple of haiku poems in junior high, not thinking much about them. My teacher hung them on the corkboard. I had been thinking about music a lot since I played the clarinet (quite well) and was being exposed to the great composers in concert band. I still remember one of the poems: Musicians/creative thinkers/sharing their knowledge/in wide open spaces/artists. That was the last haiku I ever wrote.

My latest book contains two novellas: A Luke of All Ages / Fire and Ice. I got a phone call at work one day from my sister, who told me my aunt had died. It was a shock to me, one of those times when you feel you’ve been out of touch and don’t realize that everything is moving toward completion, whether you recognize it or not. I began thinking about my extended family, where I grew up, and who I’d become. I also wondered how I’d end up. I felt compelled to record scenes from my childhood, and arrange them next to scenes from my middle-aged life, as well as those from old age as I imagined it to be. I felt I had changed a lot since childhood, yet I also knew I hadn’t changed at all. That was the thesis of A Luke of All Ages. In Fire and Ice I created two characters who have very different views of religion (or lack of it) and how those views shaped their world. When they become intimate those world views are upset, and they become drawn to each other’s way of perceiving the world and their connection to it. I grew up in a very Catholic household but have always been interested in pantheism and religions that center more on nature, such as Japanese Shinto. I wanted to write a story that defended both of these religious inclinations, and also challenge them.

Each of the novellas mentioned above took roughly a year to write. I try to write every day, but it doesn’t always happen. I write very slowly, maybe 250 words at most in a sitting, sometimes much less. I constantly review sentences, and the ones that come immediately previously, as I write. I’m a trickler, not a gusher. When I rewrite, I do more adding than subtracting.

I doodle everywhere, all over the page. Most of the doodling occurs before I begin to write, as I’m emptying out my brain of all the garbage that occupies it during the day. Most of my doodles are abstractions, but I’m also fond of writing words in other languages, because I love languages. If I’m feeling stuck I get up and walk around the room, or go to another room. Almost immediately a thought will come to me and I go back to my desk to write it down. Also, I write with pen and paper, shutting off all electronic devices. I don’t want to hear anything buzzing in the background. When I begin a new page of my tablet, I stop for a second and write the page number on the following page before continuing. That way I’m always telling myself that there will be another page to write.

I studied art every Saturday morning when growing up in Pittsburgh. The classes were free at the Carnegie Museum, but you had to be chosen (two kids from 4th grade from each school in the city) and very well behaved. It was a classical art education that went clear up to 12th grade, though you had to be invited back every year. Everyone thought I’d pursue art, but there was just too much out there that interested me, so I continued drawing and painting, but never majored in it in college. These days I paint in oils. I like the richness of their colors, and also the way they smell. I consider my paintings poems; my artwork and writing tend to influence each other.

The first book that hit me like a brick was Steinbeck’s The Grapes of Wrath. Not only was it beautifully written, but the story was so human and felt very real to me. I’m drawn to stories about regular people, not the rich and famous. As I got older I found the Russians fascinating, especially Dostoyevsky, as well as Hemingway and a few poets such as G. M. Hopkins, Whitman, Dickinson, and Yeats. Annie Dillard taught me that fiction writing can also be poetry. I found that authors who had the most music in their words drew me most deeply. I also found an affinity with Gertrude Stein. Her integrity and clarity of thought floored me. As a graduate student at Hollins College I discovered the mind-bending works of writers like Calvino and Marquez and began to experiment more with my own writing.

I recently finished writing a short novel that is probably the weirdest thing I’ve written, a sort of fabulist journey. I’m going to let that one cool off before I go back to revise it. Currently I’m writing a memoir, something I never thought I’d do. A lot of what I’m writing I’ve presented before in fiction and essays, but it comes out a little differently when you take responsibility for your life. I’m learning a lot about my development as a person and writer in this memoir.

It’s a mystery to me who might like my work. Hopefully a wide range of people, because I never wanted to write only for other writers, or only for ivy league graduates. I would say that I tend to write stories that awaken the big questions, but as presented by normal folk. That said, I often hear from other writers that they admire my work. But I’ve also gotten little notes from my mother’s friends, none of whom were college educated. I used to think, when I first started writing seriously, would my great Aunt Florence like this? I don’t know why she was my barometer. She was a fun-loving, cheerful person, but she’d had a hard life.

My advice is probably what you’d hear from other writers: keep writing. When you’ve finished a project, move on to the next one. Challenge yourself; try something new. Dig way down inside of you and find what’s there. What have you been mulling over in your head your whole life, what questions, what events? If they meant something to you, they will mean something to others. The universal lies in the particular. You are the particular, just like everyone else out there. But when you write your particular point of view down, you share it with others. And they will find comfort in it, because they will relate to it.

Whatever you can get away with (Annie Dillard). In a similar vein, Gertrude Stein remarked that it doesn’t matter what you write about, it matters how strong your voice is. You need to keep writing to develop your voice. Those 10,000 hours.

12. How many books do you read annually and what are you reading now? What is your favorite literary genre?

It varies, but I probably read about 20–30 books a year of various lengths. I like to read several books at once. I pick them up according to my mood. Currently I’m reading Caste by Isabel Wilkerson and Black Nature (an anthology of African American nature poetry, edited by Camille T. Dungy). I just finished Steinbeck’s Travels with Charley in Search of America, which I found surprisingly relevant to our times. I’ll read anything that interests me, from history to anthropology to religious studies, and of course poetry. My favorite would be a story that is so well written and beautiful that I reread almost every sentence as I go along. I found Murakami’s Colorless Tsukuru Tazaki to be like that.

13. What do you deem the most relevant about your writing? What is most important to be remembered by readers?

What I strive for in my writing is honesty, and also eloquence. I try to wring out any unnecessary word or passage. I don’t want to waste anyone’s time by writing what is obvious or understood as a subtext. I write a lot of poetry, and that has influenced my fiction in both its lyricism and concision. These days we writers are vying for readers’ attention because of electronic devices that spurt mundane phrases at us all day. I’d rather write passages that are memorable because they are meaningful and beautiful.

There are so many avenues available to writers these days, and there are more writers than ever before. The hard part is connecting to your readers. You need to find them and they need to find you, wading through a jungle of written material in all its varieties. The best way is still word of mouth. Writers can approach publishing in different ways (small presses, agents, ebooks, self-publishing) and keep trying new ways until they can make that connection. It requires a lot of patience. We’re all making it up as we go along. Just like fiction.

15. Have you been able to support yourself as a writer?

I’m lucky in that I have other skills, namely, art. I’ve been working as a medical illustrator and graphic designer at Yale University for the past 32 years (this year being my last). It’s not always been easy making time to write in the evenings, but at least I knew my day job was over once I left the office. I am also a parent, and was basically the primary caregiver to our two kids because my wife had to commute long hours and do quite a bit of traveling. But after dinner, soccer practice, and putting my kids to bed, I’d go up to my man-cave in the attic and churn out fiction and poems. I’ve made a little money from it here and there, but I wouldn’t have lasted this long as a writer if that had been my only goal.

LIBBY BELLE, Author – The Juicy Parts and Other Quirky Stories