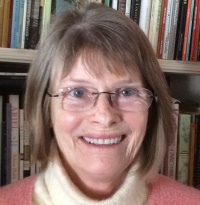 Aretha in her Golden Casket Hawken

The angled photograph reveals
the crown of her head, face obscured,

tapered into five-inch (at least) stiletto heels.
red, of course, and matching.

but here’s the thing: they had her legs
crossed at the ankles, left over right,

as if kicked-back relaxing post-performance
and in a way you could say she was.

If it all comes true, every bit of it,
every tarot card, queen of clubs, every lightning
bug that ever trudged a life-line
to the high point of a hand,

if space bends, as they say, and gravity is
up for grabs, its force perhaps too strong,
too weak, or as just right as Baby Bear’s chair,

if our skies hold history
and every star’s shine comes from past time
to meet the present eye,
it is possible to wish the wish you wished
tonight on an extinguished star
which may or may not
matter for the wish.

Likewise, if the absence of evidence is,
as they also say, evidence itself
and you had the choice,
even had to choose
the falling back to old time
having tired of the new,
the Ouija answers every question
Yes! while the chicken livers look
propitious in the pot
being boiled for the dogs.

If you walk out at sunrise, orange rising into white,
dogs will leave you to the gravel two-track
having beasts to tree or send to ground
and though you might not see them,
they will you, moving past the grazing cattle
who raise their heads, deem you harmless.
You can watch them think it
as they stand and stare and chew.

Walking Down the Farm Lane to Retrieve the Morning Paper Hawken

After a dreaming thin ice night,
the scrub woods stark and flat
as a woodcut illustration
comes a cat-lap morning
through summer whitewash of Marguerites,
Queen Ann’s Lace.
Untrimmed fruit trees
yield scant fruit. What fruit there is
sways out of reach
though one recent season, peaches
hung in earth-bound plenitude
so heavy the boughs broke.
Mid-field,
pungent waft of fox. Hounds could hunt
if today’s a hunting day.
This is the season.
A red-tail hawk, the smaller male,
prey lassoed in his talons—black snake,
probably. Hard to tell from here
as his wings work across a watercolor sky,
itself a revelation after wild rain.
The old dog in the house, done in by thunder.
Air hangs water-thick.
Leaves turn light-side out.
Branches tremble as another dark disturbance
threatens to roll in.
At the county road,
the hiss of bamboo canes enlarges
its percussive. A white-muzzled red fox
bursts in view, ears back at its pursuer –
though, in truth, not seeming all that worried,
loping across the asphalt and away.
Out of the same thicket
comes the neighbor’s dog, plants front feet
in roadside surveillance—a piece of Kabuki,
well-rehearsed.
I pick up the paper with its day-old news
that’s new enough.
Some days, ants are
small dark ants, not floaters in the eyes.

A kitchen mood all over me,
having severed spiky crown, sliced
rough green skin, I begin to gouge
(excise, a father’s voice, excise!)
oval brown pineapple eyes,
not hurrying because there are so many eyes,
because my hand curves around
soft moist fruit as if his thigh—remember!—
because, were I to lick my palm,
heart- and life-lines would be sweet,
because the mourning doves are calling
out there in the yard
and it is too soon to feed the dogs
or start the Dobyns book,
because of pleasure in my paring
knife up and down, gouging
anywhere I please, and if I wish,
suck the juice behind each blinded eye
as my pineapple turns honeycomb
because honeycomb kinder than
all those sightless eyes
and, done with paring, next, a larger
knife must cut flesh from its core.

I will miss you, Pineapple,
companion of a kitchen afternoon,
turned bite-sized in his mother’s cut-glass bowl,
absent skin and eyes and crown and core,
nothing like you grew warm and wet,
rising as a pink cone
nestled in a sharp-leafed shrub
your blue blossoms folding into berries
melding into who you are, Pineapple—
tough and spiked, all eyes—
how far you’ve come in airmiles,
to end up here with me who is the one
to carve your insides out and civilized.
Until the last few years, Pineapple,
I have not lived alone.

I wake up in a room with yellow walls,
yellow splatter on the trim.
Footsteps echo down a corridor.

A fire door slaps shut. Out the window,
a fat squirrel with a misshapen tail
saunters across a village green.
At home, the squirrels are small and wild.

Yesterday to be led into this room:
narrow bed against its wall,
rattle of wire hangers, ill-fit drawers,
I was back in college first day afraid.

Or a Brennan fresh from County Cork.
Any woman really, in the garret refuge
of a stranger’s house, one soft cloth
satchel in her hand.

This room has yellow walls,
yellow splatter on its trim.
At home, the squirrels are small and wild.

No, not any woman. No. I take that back.
Not an asylum seeker at our Southern border,
a pallet in a holding pen.

Wendell Hawken: Living on a grass farm in the northern Shenandoah Valley of Virginia, my work often reflects a rural lifestyle where the weather means more than what clothes to wear. I earned an MFA in Poetry at Warren Wilson College’s Program for Writers in 2005, decades after a BA in English literature. Previous publications include three chapbooks plus two full collections, The Luck of Being (2008) and White Bird (2017) a sequence about my husband’s battle with cancer.