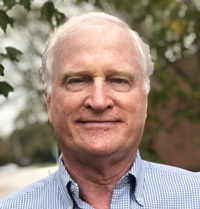 I, I, I, I… or should I say “we”
we know the Anglo-Saxon mind
that desperately seeks and seeks to find
the Truth behind ambiguity.

Do we not know the black/white of your thoughts?
Did we not compose in English first
feel on our own soft tongue the thirst
for clear and simple, plain and straight and taut?

Now you discover the obscured unseen
even the famous letter of ‘35
to Casais Monteiro, claiming to bring alive
the eighth of March – 1914 –

all is a myth where we hide me,
screen behind endless smoking screen.

Is it Ophelia’s fate to love
a man split into many – he
who can neither be nor not to be
but mutters of things not dreaméd of?

Who am I, we, but a minor clerk
of import/export houses, using my skill
in language to fill an order, draft a bill
of lading, turn a dull piece of work.

But then there is the real work. Flowers
in my mind amidst commercial weeds,
blooms of mythic heroic deeds
out the harbor, past the Tower

of Belém, to sea – Ah! We defy the sky,
Alberto, Ricardo, Alvaro and I.

of the sea? Was it worth it? All
is worthwhile be the soul not small.

But that is the question. Is our soul
as open and wide as the wind in a sail,
or small and pathetic as the shadow
of a man afraid to live, afraid to fail,

afraid to step the step, to pay the toll?
Ah, to know… to only, really know….

Night in Ipanema. A single bright star.
A breeze off the ocean. I am a kite
rising smoothly upward, unbelievably light,
expanding to capture the breeze, to fly far.

My body – my body, poor limp weight
hanging beneath the kite, ragged kite-tail,
a deadish thing, enlivened by kite-sail,
serving, perhaps, to give steadiness to flight.

And string – the string that holds kite to earth
is love – that binding, pain-provoking gift
that tight stretches and will not let kite drift:
soil and grain, tree, mountain, bird – birth

and life and longing eyes that touch and call –
without the string stretched tight, the kite will fall.

(the Brazilian backlands: we learn that
we will be transferred from our ministry)

The night we knew we had to leave,
I walked out of the parish office
and stood in the small front yard.
It was nine o’clock, and the town
was almost silent. Glow from streetlamps
flowed between the strong dark branches
and the dark green leaves of mango trees
lining the unpaved street. A quiet light
shone from a neighbor’s window,
a woman called out softly to her son.
A bicycle went by, its wheels whirring
on the sandy soil of the street, and
the young woman riding it lifted her hand
in greeting. The wheels whirred away
and the silence fell of insects chirping,
a distant truck heading up hill, a single dog
barking once into the night.

An Old Man in Ipanema

I will wear a linen suit,
a white shirt, a silk tie,
smooth brown leather shoes,

carry a walnut walking stick
along the promenade by the sea,
my hair, a little long, yellowed white,

my mustache, a little long, flowing white,
my back straight, my pace certain
but slow – recalling a time

when a man’s word
was an emblem of honor –
and people will turn,

a little surprised, amused,
seeing I am out of step with the times.

And I will walk, each step
an attempted harmony.

Slate gray cloud-swept sky
over slate gray water – wide
and still as a lake. Sky and water
darkening. One spot

of light (fading, yellow
rimmed with pink) remains
in the west, under the clouds, over
the dark silhouette of rain forest.

A boat’s green lantern – too far
to be heard – slides swiftly upriver
from left to right. When it
is gone, the yellow beacon

of a small plane – too far
to be heard – slides silently
through the sky, left to right.
The light in the west

pales, refracts on the surface
of the river shimmering, except
for one spot in the middle
where current makes the water

Arthur Powers went to Brazil in 1969 as a Peace Corps Volunteer & lived there most his adult life.  His poetry has appeared in America, Chicago Tribune Magazine, Hiram Poetry Review, Kansas Quarterly, South Carolina Review, Southern Poetry Review, Windhover, & many other magazines & anthologies.  He is author of two collections of poetry, Edgewater (2015) & Sketches/Rio de Janeiro (2019) as well as two collections of short stories set in Brazil, A Hero for the People (Press 53, 2013) & Padre Raimundo’s Army (Wiseblood Books, 2021).