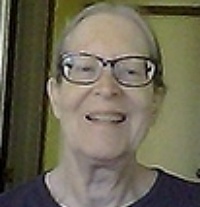 Malcolm watched from the doorway as Imogene switched around place cards for their dinner party one last time. He was lucky to have found a wife with such a strong sense of, not snobbery… etiquette. She was, in fact, the source of all he saw here of taste and beauty. The whole house was filled with the comfort and luxury that he had wanted so much and worked so hard to get.

You’d never know that twelve months earlier he’d lurked in a stinking, steamy jungle of the Central African Republic, waiting for yet another Muslim strongman to show up with the blood diamonds they were smuggling into Cameroon.

“Shut up¸ Mal. Just because we’re supposed to be missionaries doesn’t mean you can say things like that out loud. There is such a thing as hell-fire, you know.”

“Well, I wish I had taken French in high school and then I wouldn’t need you for this caper.”

“And I wish I had your contacts in the diamond trade.”

Suddenly they were surrounded by a band of men, brandishing the trade-mark machetes of the Seleka. Ray “parlez-voused” with them for some time and they passed over the parcel.

The next two days were filled with driving west on dirt tracks in their four-wheel drive, dodging other militia groups of both Muslim and Christian persuasion. Finally they got to to the border and handed over the mandatory bribe to the official. He, in turn, gave their parcel the essential Kimberley Process Certificate and waved them through into Cameroon.

“You are now leaving what is officially The Unhealthiest Country in the World!” announced Ray.

“Yeah,” replied Malcolm, “I hope you didn’t go for any of those women, because 11% of the population here has AIDS.”

“No way! But that reminds me, I need to drain the dragon.”

Mal pulled over, his partner got out and relieved himself. Unfortunately this disturbed a large male gorilla. That was the last he ever saw of Ray, as he drove off toward his long-looked-for rendezvous with riches.

Malcolm refocused on the scene in front of him. It had definitely been worth whatever it took to get all of this. He heard the doorbell ring, announcing the arrival of their first dinner guests. As he turned to go, his eyes were caught by a flash of light outside the dark windows. A Molotov cocktail smashed through the glass and exploded on the beautifully laid table. What followed was, indeed, hell-fire.