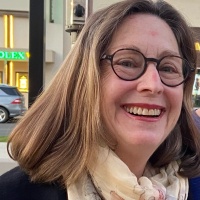 My head is in a story that I need to submit by today, when my husband comes into the kitchen. I can’t exit until my coffee is done even though any conversation will drain the tale from my brain. Trapped, I listen to his rant about the ongoing World Series.

“I don’t want Houston to win. They’re cheaters,” he says.

“They stole the others team’s signs.”

“Not that kind of sign. You know, what the catcher uses to signal what kind of pitch to throw.”

“And referees are still letting them play?”

“Not Philly’s, not now. Before.” He explains about how the Astros had set up a hidden camera to film the opposing pitcher, fed the video to a tunnel where someone banged on a trash can. “You know, one bang for fast ball, two for a curve.”

He goes on. “You know, in 1919 the Black Sox were accused of cheating. Eight players got thrown out of baseball.”

“Hello, Field of Dreams?” We’ve only watched that Kevin Costner movie retelling the Shoeless Joe Jackson saga a hundred times. Why was he telling me something he knew I knew?

I say that out loud.

He flinches. Then, a sheepish look. “I was…just reminding you.”

My espresso machine drips, slow and black, flushing the flavor out of the grind.

My grown sons said that when they played golf last week he did the same thing. Gave them background on a football player he knew they all knew.

The espresso thins, growing lighter. I switch the machine to steam to foam my milk. He retreats to his study. I swipe at the froth, the bubbles pop on my forefinger, one by one, leaving a white film. It must be like a film filter, what’s happening to him. A slow haze glossing over memory.

I switch back to brew and the water rushes through the already saturated grounds in a steamy explosion. A flurry of energy, that escapes from all sides of the machine, every seam allowing seepage, the pressure to create expended.

I, too, go into rooms and can’t remember why I went. But this slow leak in him, it’s more noticeable. I resent being the witness. The one who registers the telltale signs of wear, a daily note taker on decay.

People tell him he doesn’t look his age. Commentary he never fails to repeat to me, reinforcing his certainty he is fine. Which is why, when we argue later about him already knowing something, he insists I never told him. Younger husbands do this when they haven’t listened, but his decline has rid selective hearing of its joke.

So, as he circles back into the kitchen, I ask, “What’s happening on the floor repair?”

He grabs at the marble counter, a disturbed look on his face, but words don’t come.

“The floor guy, you called him, right?”

“What?” His agitated tone reflects a lack of apprehension, a blanking that occurs more now. “You’re the one doing that, not me.”

“I asked you to confirm with him because I won’t be here the day he can come. Remember?” I can see no admission will be forthcoming. “Look, whatever, just call him today, OK? I don’t want to miss his window.”

The moments pile up like a junk yard tower of unusable parts, rusting, poking at odd angles, threatening to topple. He takes the wrong exit off the freeway. “On auto-pilot” he says, shrugging. He arrives home unreasonably upset that he has scraped our new car, sitting me down to tell me as if someone we love has died. He forgets how to turn on the car lights. Pours his cider, leaves it on the counter and walks back into his study. Uses the wrong side of the foil to heat up some food. Puts plastic into the compost bin.

He visits the doctor for his back, his eyes, his teeth, his foot, his skin, but not his mind.

And I, the unwilling, but compelled observer write things down, trying to discern what his world is becoming. He says he needs a list he can hold onto. I try to be lighthearted in delivering third and fourth reminders of things. I take to driving most of the time.

Days tick by. Night descends. Light arrives. I make my espresso, knowing I am the one who has to hold off the dark.

Kay Smith-Blum is a recovering retailer and Austin, Texas transplant writing in Seattle. She is an author of two novels of historical fiction with a third in the works. Her shorter works may be found now or in the future at Fiction Southeast, Yellow Arrow Publishing, Minerva Rising and other fine journals. Essays from her Virus Days series, nominated for Best of the Net 2020, have been published by Pif Magazine, The Furious Gazelle, Heavy Feather Review and several other literary magazines. A member of PNWA, AWP, WFWA, ComLit Writers Group and Seattle Daylight Writers, Smith-Blum is slogging her way to “best-selling author” by writing each and every day.