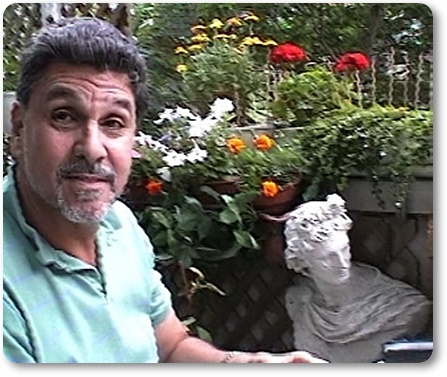 GARY BECK
the author of the Fault Lines

Gary Beck has spent most of his adult life as a theater director, and as an art dealer when he couldn’t make a living in theater. He has 11 published chapbooks and 3 more accepted for publication. His poetry collections include: Days of Destruction (Skive Press), Expectations (Rogue Scholars Press). Dawn in Cities, Assault on Nature, Songs of a Clerk, Civilized Ways, Displays, Perceptions & Fault Lines (Winter Goose Publishing). Tremors, Perturbations, Rude Awakenings and The Remission of Order will be published by Winter Goose Publishing. Conditioned Response (Nazar Look). Resonance (Dreaming Big Publications). His novels include: Extreme Change (Cogwheel Press), Flawed Connections (Black Rose Writing) and Call to Valor (Gnome on Pigs Productions). Sudden Conflicts will be published by Lillicat Publishers and State of Rage by Rainy Day Reads Publishing. His short story collection, A Glimpse of Youth (Sweatshoppe Publications). Now I Accuse and other stories will be published by Winter Goose Publishing. His original plays and translations of Moliere, Aristophanes and Sophocles have been produced Off Broadway. His poetry, fiction and essays have appeared in hundreds of literary magazines. He currently lives in New York City.

I began from the need to reach others and hopefully to get them feeling or thinking about the important issues of our times.

GB: Being a theater director was a life and death experience aspiring to create stage beauty, but it was trivial compared to war and science, although I committed enough energy and passion to change the world for a few. I worked in galleries then became a private dealer specializing in art of the sixties. I knew many of the artists who became famous. They were all concerned with art history to different degrees. The collectors who could afford their works scorned them, until they became valuable old masters. I’ve written 35-40 books, about 20 of which have been published.

GB: Crumbling Ramparts, a sequel to my recently published novel, Call To Valor. Some of the characters so interested me that I decided to give them a second life.

GB: I usually write quickly. I’ve had to do a lot of careful checking as I work on the sequel to make sure the characters are consistent with the first book.

ALM: What authors, or books have influenced you?

GB: John Steinbeck – The Grapes of Wrath. A seering portrait of the disenfranchised in the 1930s, and their suffering inflicted by a capitalist system indifferent to the needs of the poor. Many others.

ALM: What is your best method (or website) when it comes to promoting your books?

GB: Learn to laugh at rejection. If it’s courteous or gracious, accept it cheerfully. If it’s snarky, get over it. It won’t change your life or your work if you believe in yourself.

ALM: What’s next for you as a writer?

GB: At least 6 books will be published in 2017, which hopefully will greatly expand my readership

GB: I began from the need to reach others and hopefully to get them feeling or thinking about the important issues of our times.

ALM: Thank you Gary. Good luck with your writing.

To learn more about Gary Beck, you may visit his author’s page on amazon.com.