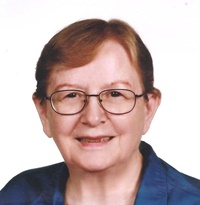 There it was! A flash of scarlet and white, just at the corner of his vision. But his lungs were bursting; he had to go up for air.

With a flip of his fins, Jack pushed up to the surface of the water. He breathed deeply through his snorkel a few times, then quickly descended again toward the globe-shaped coral head twenty‑five feet below. He was tired, and this was his twelfth deep dive that day. If he didn’t spot the bright little fish again right away, he’d have to give up for the day.

Back down he went, as near as possible to where he saw the miracle fish, but he couldn’t hold out long. Jack was almost fifty; his lungs were not able to withstand the pressure as they used to. He swung his head around, looking for the tiny fish. Nothing.

Then, from the opposite direction, he saw it, disappearing behind a protuberance of the huge white coral head. He turned and swam there, pointing with his collecting tube. Again he saw a scarlet flash, this time below him. He dove quickly into the violet deep, his lungs aching, and activated the suction on the tube in the direction where he reckoned the fish had gone.

He had to go up, now! The pain in his lungs made him look only upwards, as he kicked his way to the surface. He was light-headed, and only his years of experience kept him from panic. He spat out the snorkel and gasped for air as his head came out of the water, then bent to inspect the collecting tube. He saw nothing. Lying back, letting the warm water support him while his breathing calmed, he blinked back the tears that fogged his mask. He couldn’t dive again today, and his funds were running low. He couldn’t afford to hire the boat again for a long time. Once again he would have to go home empty-handed.

With a sigh he looked again. Now, at the very end of the tube, almost hidden by the darker plastic of the seal, he saw a twinkle of scarlet. Staring wide‑eyed through his mask at the fish, he whooped for joy. He swam toward the dive boat with renewed energy and climbed aboard, waving his collecting tube at the crew.

“Finally found it!” he yelled, pulling off his mask. “I’ve been searching for this little creature for years!”

Captain Al looked over from where he held a fishing line at the side of the boat.

“Yeah?” he said. “You had better luck than I did. Nothing is biting. What’s it worth, your little fish?”

Jack slipped out of his flippers and strode to the captain, brandishing the plastic tube. Al peered inside and blinked as the fish flipped its yellow tail.

“Several hundred, last I heard.” Jack flipped his graying hair out of his eyes. “But this baby is mine! Going right in my display, in the place of honor. I’ll set up a new tank for him.”

“He’s a wrasse, a Cuban hogfish. This little tyke got its name before the Cubans got away from Spain. See the colors of the Spanish flag?”

Jack released the fish into the white plastic bucket at his feet. He had collected two dozen other specimens that day, a good haul. The crewman stowed the anchor while Captain Al tended the helm, and the dive boat started toward the shore.

Jack lounged on the bench inside the cabin nursing an icy bottle of beer as the boat set out toward the small city of Marathon in the Florida Keys. Who would have thought that after all this time he’d finally found a specimen of the tiny fish that had captured his heart many years ago. He had kept an aquarium shop for fifteen years in Marathon, barely breaking even financially but enjoying his work. His one part‑time assistant helped out, so he could go out collecting fish whenever he had enough money to hire a boat. The reefs where the best specimens were found were too far out to swim to, and he couldn’t get enough money ahead to get a boat of his own. Maybe next year.

That morning, waiting for Captain Al to get his “Fun ‘n’ Sun” charter boat loaded, he watched the pelicans gather, as they always did when a boat came into dock or prepared to leave. Usually the crews gave the graceless birds a meal. Fishermen thought pelicans brought good luck, even though they cursed them when the birds grabbed fish meant for the market, or laid a slimy deposit on the dock.

Jack saw Stump among the other pelicans, begging for a handout. He stopped at the small shop on the docks and bought a bag of peanuts.

When Stump saw Jack coming he hopped toward him awkwardly on his one good leg, flapping his wings to keep his balance. Jack was always good for a snack. Stump could fly, but he didn’t bother with that too much, because everyone who came to the docks took pity on him and fed him whatever was available. Stump lost his leg in a bout with a tangle of fishing line some years ago. Jack was on the dock when a couple of youngsters fished the pelican out of the water, near death from starvation, with the fishing line cutting through the flesh of his leg to the bone. Jack took the bird from the boys and carried it in his aging van to the nearby bird sanctuary. Stump learned to recognize him during the next few months when Jack stopped by occasionally to check on him. When the amputated stump healed, the vet at the sanctuary turned the bird over to Jack again, and Jack released him on the docks. As far as anyone knew, Stump never left the docks again, appearing to lead a full life there in spite of his handicap.

Jack fed the peanuts to Stump that morning while he waited for Al. The other pelicans croaked and fluttered, but Jack made sure that Stump got almost all the peanuts.

Stump brought him luck today, thought Jack, as the “Fun ‘n’ Sun” made its way back to shore. He took a swallow of his beer and relaxed, smiling as he remembered the morning departure.
Al looked over at him. “What if we throw the little fellow back so you’ll have a reason to come back out here?”

“Not on your life!” Jack grinned, then suddenly his expression changed. “You really think I want to go to all the trouble and expense of catching him again?”

“Maybe not. Maybe you’d just rather sit and look at him, in his new glass house.”

Jack sighed. The beer tasted flat. He tossed the half-empty bottle over the side of the boat.

“Oops, sorry.” Jack had forgotten that Al was death on littering the seas. “It’ll make a good home for some little crabs, Al.”

The Cuban hogfish was one of the reasons why Jack had come to the Florida Keys to live and work. He had kept tropical fish since he was a small boy in Chicago, and when he saw his first salt‑water aquarium when he was a teenager, he was hooked. Carefully budgeting his resources, he purchased as many specimens as he could afford. He studied the subject more thoroughly than he ever studied for any of his high school classes. He found books with brilliant photographs of fish he could only dream about. One of those was the Cuban hogfish. One day when he was browsing in a local aquarium shop he saw the scarlet and white striped beauty, but it was not for sale. The shop owner had put it in one of his own display tanks, where he kept the most glamorous specimens. Jack spent hours watching the tank, and he fell in love with the little fish.

“Where can I get one of these?” he asked the clerk.

“Can’t. I never saw one for sale. Go catch one yourself!”

When Jack finished high school, he had not developed much enthusiasm for anything else, so the call of the tropics was irresistible. He went traveling, and some years later, he ended up in Marathon.

The boat approached the time-worn dock. Jack struggled to gather his belongings. As the “Fun ‘n’ Sun” bumped the dock gently, the flock of pelicans converged on the site. The crewman hopped out and secured the boat, and Jack hoisted his bag of diving equipment onto the dock. He turned to pick up the bucket of fish he had collected and heaved it up onto the weathered boards, climbing out after it. The captain cut the motor and began to unload his own supplies. Picking up his white plastic bait pail, Captain Al lifted it onto the dock and tilted it to release the small fish he had been using for bait. They would not survive another night. Jack watched as Stump raced the other birds to catch the bait fish before they fell through the cracks of the dock. The birds scooped up the lethargic fish frantically, each one grunting and shoving to get its share.

Jack started walking toward his van, loaded down with equipment. Then, with a sudden awful awareness, he whirled around, his eyes widening in horror as he saw a bit of scarlet, white, and yellow disappear into the huge bill of the one‑legged pelican.

He slumped onto the dock, his head reeling, his eyes staring blindly into the dark water below. The diving bag and fish bucket slipped out of his hands unnoticed. Then, slowly, he looked up, to see Captain Al gazing at him curiously.

Jack shrugged his shoulders and gave Al a wave. That little fish wasn’t out there all by himself, he thought. Next time, maybe next year, he would find its mate. He got up and picked up his things, starting again toward his van. He stopped to reach in his pocket. Finding a couple of leftover peanuts, he tossed them to Stump.