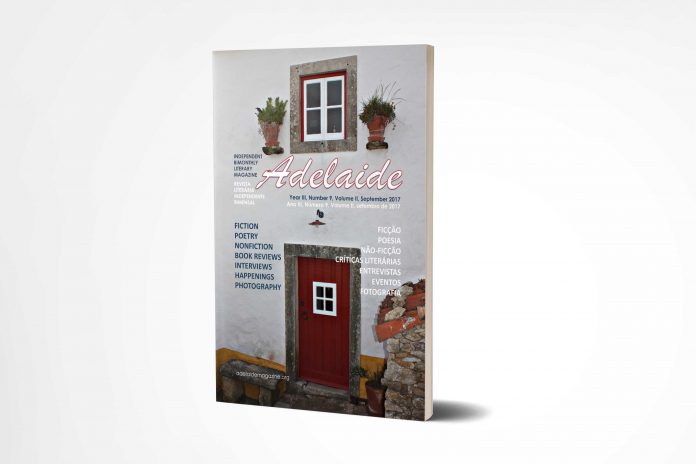 After my Abuelo Isidro passed away, María Elena began to nag at me, “When are you going to get rid of the old man’s stuff?  It’s useless, and it’s cluttering up what little room we have in this pinche casa!”

How could I tell her that for some crazy reason I felt sentimentally attached to his things, even though they were just old junk?  The old man had lived with our family for so many years, and it gave me a feeling of comfort to see some of his belongings around—like part of his spirit was still here in our home with us.

But now that he’d left us, my woman, who had fed and cared for him for so long, seemed to want to be completely free of him.  So one Friday morning I took a blue plastic tarp from the back of my pickup, went into the pitiful little corner that Abuelo had called his “workshop,” and gathered up everything that was there—tools, auto parts, broken toys he promised to fix for the kids; pretty much all old basura.  I took it from where it sat on shelves and hung from hooks on the wall, threw it all down into the tarp, and hoisted the bundle into the bed of the truck parked out front.

I said to my wife, “Since today’s a busy one at the market in San Miguel, I’m going to take this stuff down there and see if I can unload it and come home with a little extra plata.”

The old Ford wheezed and chugged as I started it up and headed down the bumpy hillside toward town.  Our half-blind perrita Santa noticed that I was leaving, and ran along after me a short way.  But once I’d left the ranchito and started crossing over the ruts and washed- out barrancas , she gave up chasing and watched from a distance as my tires threw up a cloud of dust.  I had the thought that perhaps she too missed my grandfather—for a long time after we buried him she seemed to be expecting him to come home—and now she knew that what little remained of him was being carted away.  They say that animals have a special sense for such things.

I shrugged off these ideas and turned my attention to driving.

“Let’s hope the old hija de puta makes it to the mercado!” I said to myself, knowing she was low on gas.

I finally came to the shoulder of the blacktop and knew the ride would soon be smoother.  As I turned onto the pavement, a blonde-haired gringa wearing dark glasses sped by in an expensive convertible, looking like something I saw years ago in a movie.  Well, they have pretty much taken over the old town, but there’s no denying that their wealth is a godsend to the local people!  I eased the pickup’s wheels over the edge of the asphalt as the sports car vanished over the horizon. Some miles further on I arrived at the city’s outskirts and headed toward the center, making my way through bustling traffic toward the old Mercado Nigromante.

As luck would have it, I found a good parking place and arrived at the market building just in time to get the last good spot—not far from the stall where those fake Huicholes sell overpriced Indian crafts to the tourists.  I knew that my granddad’s old stuff wouldn’t make a very good showing next to theirs, but I spread my tarp on the ground and on it I arranged what I had in the best way I could manage.

Some old fan belts and lengths of chain, a few rusted pairs of pliers and other tools, a jug of transmission fluid,  glass jars of screws and nails, old cans of paint,  a half-empty carton of cigarettes;  I spread them around on the blue tarp for the people to see.  Once I was done and glanced over it all, the only thing with any color to it was Abuelo’s old wooden humidor—a small oblong box he once said had come from his own grandfather.  Its battered coat of cream-colored paint was decorated with curling leaves and red and blue flowers.  The hinges were broken, and it was lined on the inside with crumbling brown leather.  But as far back as I could remember, Abuelo himself had never smoked or even so much as owned a cigar.

Perhaps the flowers on the box’s lid might appeal to a woman, I thought; maybe she’ll see it as useful for a place to keep her jewelry.

I unfolded a broken-down chair someone had left behind and sat down to wait for business—of course, there wasn’t much.  A couple of kids who had a few monedas wanted to buy the cigarettes. I knew they were underage, but I sold them to them anyway.  After all, I came here to get rid of things, not to enforce the law!

An elderly farmer wearing an old-fashioned straw hat bargained me down to practically nothing on the tools. I could tell he was poor.  He shook my hand and gave me a toothless grin before he hobbled away carrying the stuff in a plastic bag I’d brought along.

Let him take them, I thought.  From one old man to another, and may God bless him with a long life!

For hours I sat there while a lot of people passed, but they all glanced at my things and walked on—I was starting to feel like I’d become invisible!  Well, of course, old junk isn’t what people come there looking for.  The Mexicans come for vegetables, fruit, freshly made tortillas, sweets, cheese.  The Norteamericanos want pretty baubles to take home for souvenirs—“artesanías,” as they call them.

After I’d sat there with no sales for several hours, the number of customers visiting the market began to taper off and some of the vendors started packing up to leave.  The smells of food from the comedores at the rear of the building were tempting me—it had been a long time since breakfast!
I’ll give it ten more minutes, I decided.  Then whatever’s left is going into the big trash barrel next to the shrine of la Virgencita outside.

It’s odd, but just as I had that brief thought of Nuestra Señora, a shabbily dressed old gringa came walking along with a basket of groceries, and when she looked over the collection on my tarp she slowed down and stopped. She’d noticed something.

Pointing to the painted humidor, she asked me, “Señor, cuánto cuesta este?”

It’s the one thing you can bet they all know how to say in Spanish!

“Treinta pesos,” I replied, having no English at all, and setting a price muy caro to see how much she could afford.

Just like that! Didn’t even try to bargain with me!  We agreed on the deal and she gave me a ten and a twenty and thanked me. I was glad that I’d held off throwing it in the trash!

Then I wondered for a moment if there was some special value in the box that I hadn’t seen—maybe it was un antiguo and worth a lot more than I’d asked for!  But as I wrapped the old humidor in a piece of heavy brown paper, I decided to accept the thirty pesos as a gift from God and not worry about being cheated.  As she stood waiting before me, I had a feeling that the Norteamericana was simply someone who liked old things and had an eye for beauty.  Who knows? Perhaps she’d accepted my asking price because she sensed the affection I felt for the old box, nearly the last of my grandfather’s worldly possessions!

The gringa walked away carrying the bundle, and I gathered up my old tarp with its unsold contents and headed for the mercado’s door.  On my way to the basurero outside, I thought of what the thirty pesos might buy: some herbs my wife needed for her female troubles, some goat’s milk dulces for the kids, a couple of taquitos for me and perhaps a shot of tequila for the road home, a few gallons of gas for the truck.

As I emptied the unwanted contents of the tarp into the big metal barrel, I looked over at the wall to my left.  Below a painted retablo enclosed in a glass case, people had left vases of flowers before the image of La Morenita.  I crossed myself and offered a short prayer of gratitude to her before tucking the folded tarp under one arm and heading back indoors to make my purchases.

“Abuelo Isidro, I said silently, “Today your memory and the Virgin’s charity have brought our family good things!”

Emily Peña Murphey is a granddaughter of Mexican immigrants, with family roots in the Texas Rio Grande Valley and the Smoky Mountains of North Carolina. She worked for many years as a psychotherapist, listening to people’s life stories and accounts of their family histories.  She has undergone graduate training in psychology, social work, and Jungian psychoanalysis.  Peña Murphey’s current work on a trilogy of novels recreates the cultural and political milieu of Mexico and la Frontera of her ancestors in the decades spanning the Mexican Revolution, with special interest in the struggles of women.  She uses writing to explore her cultural identity as a mixed race Mexican-American at the vanguard of the Latino diaspora.  She has published poetry and memoir pieces in the e-journals Jung in Vermont and the Smoky Blue Literary and Arts Magazine. Peña Murphey blogs at https://lafronterista.blogspot.com. In addition to being a writer, Emily is an avid gardener, cook, folk artist, musician, and singer.  She lives in Philadelphia.