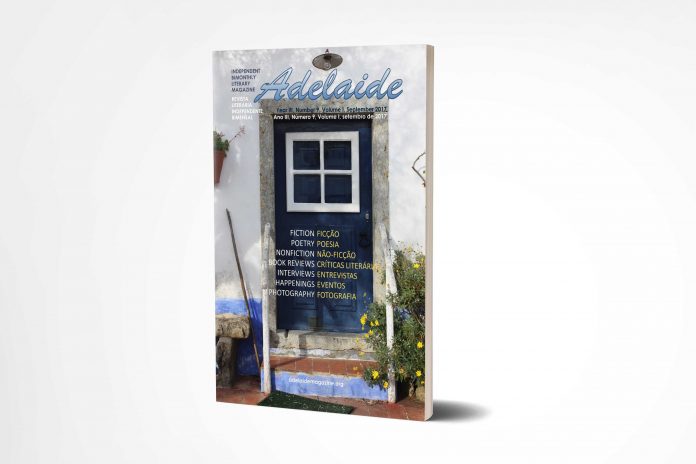 They say it rains here in Seattle,
but all I’ve ever felt are dreams dropped by clouds
as they decided to stop wandering the skies,
entering military academies in attempts at practicality.
Body builder sidewalks pump irons and people,
laughing at soaked shoes. A few hundred tourists
collectively embrace these discarded dreams, forgiving them
by calling them rain. But a voice proclaims,

“I need an umbrella to stop the demons.
We’re all dead. The show Home Improvement
was real. The Democrats are really donkeys
and the Republicans are really elephants
and we are trapped in Roman times watching these beasts
fight it out in the Coliseum.” I move towards the voice.
Standing there is a well-dressed woman,
and I know she is a cloud with a degree in business.

The porch light reflected on the concrete
is a skeleton
that only comes alive in the rain
flexing its fingers, grimacing,
haunting our hypocrisies.

The whole wild horror begins with this,
faces of the undead pressed against windows

dripping cloud gore. A million banshees crash
and wail through headlights. The streetlamp
phantom gnaws at the black abyss.
Goblins eat raw cat in the bushes.

Ghoulish rain death gives life.
In six months,
green will come again.
We will forget the terrors
of foggy werewolves pouncing on cars
and vampires falling from dying leaves
in hunger. And those nights

will be still, with no
surreptitious slitherings. But first
we must survive our warmth inside
cold reaches of isolation
as dry carpets murder us one by one.
It is elementals we fear
yet we lose our souls in hiding.

Benjamin Schmitt is the Best Book Award and Pushcart nominated author of two books, Dinner Table Refuge (PunksWritePoemsPress, 2015) and The global conspiracy to get you in bed (Kelsay Books, 2013). His new poems have appeared or are forthcoming in The Antioch Review, The Columbia Review, The Summerset Review, and elsewhere. You can read his scary stories for kids in the Amazon Rapids app. He lives with his wife and daughter in Seattle where he also reviews books, curates a reading series, and teaches workshops to people of all ages.