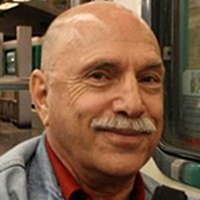 EMAIL TO A DEAD FRIEND
By Doug Weaver

Hey Michael – guess what. You died this morning at about 4 a.m. So weird, huh? Apparently you had a heart attack or something. Anyway, I just wanted to tell you because – well, who knows why I need to tell you the details of my life all the time. I just do. Like it or not (and I know sometimes very not) you are and always have been the repository of my details, all the stuff I read and watch and experience. For forty years I get excited at the thought of sharing something with you, with Michael, my Michael.

Anyway, I bet death is weird. You’ll have to tell me about it sometime. I have to tell you, though, that literally more people than I knew existed are really really upset this morning. I’m sorry, Michael. That’s not fair. It’s just that one day I’m going along all normal and stuff and the universe makes some kind of sense because I know you’re in it, and I’m reading books with precise sentences and walking the dog and eating watermelon and being pleasant to other people, and the very next day life changes to something else. Really, something like the surface of the moon: everything else is still here, but there’s no Michael. It’s just fucked up.

Wait a minute. This isn’t a joke, is it? You’d never surprise me with something like this. You’re too decent to jump out at four in the morning and say Boo! I’m dead! Because I know you loved me and that kind of thing would be totally uncool. It’s something I might have done to you, but I know you would never have done it to me. Right? I hope not. Is it cool to use the past tense, you know, because you’re dead, like in the past? Is that too morbid? I don’t want to offend you so I’m just checking.

If you were here with me, I would tell you your death is actually really really hard for me. Wait, but since you’re dead – no. Let me ask it this way: Do the dead have some special knowledge of stuff or have special powers, like Santa or God? I’ve seen movies that say so. If that’s even a remote possibility, I will literally do anything if you just move a hair on my arm, become an annoying little itch somewhere, just to be even a little bit tangible, just for a minute or two. I know deep down that probably won’t happen though. Come to think about it – if you really do have some special power – please don’t do anything. That would be nice for about one second, and then I’d have to sort all this out again! So wherever you are, just chill.

I’m wondering if the dead have any need for memories. I wonder if I do. Part of me wants to suppress the recollection of all those years we were in love and did all that stuff. Because this is uncomfortable. By the way, I hope you’re comfortable. I bet if you did remember stuff, you’d remember that trip to Mexico. I only learned years later that you didn’t really care for Mexican food that much – which sort of makes sense because you’re French and everything. But those enchiladas we got at that family café – I forgot which state we were in – but all these little towns kind of just popped up out of nowhere among all the church steeples. Remember? We talked about it, like which came first, the church or the town? We could see the café from the street, but there was no sidewalk or anything so we had to kind of jump down a dirt embankment to get to that squat little white building in the middle of this dirt yard that had all these dusty trees in it, with bicycle tires that were swings for the kids. There we were in all that heavy late afternoon heat and the dust and flies with all the dogs and the paper plates and really sweet drinks and the juke box that was all songs in Spanish, but sounded so cool, and the connection we had with the family who tried to speak English and we were trying to speak Español. It was so messy and sticky with laughing and grit and sweat…and god, was it fun. I remember it seemed like we were brave explorers discovering an unknown civilization, but mostly we were just in love. God I loved you then. Remember we were concerned that, being in Mexico, we’d get flack for being two men renting a room with one king-sized bed? But nobody said anything – or if they did, it was between themselves: I had to make the bed for those two sinners in room 214. And that Ford Tempo where you just popped the hood before we left Guadalajara and unhooked the speedometer? That poor Ford Tempo! What a fucking trip that was. Or all those other trips to Europe to see your family? The best life ever.

I know you hate academic stuff, but listen: it’s a binary: Michael/No Michael. I think if one of those theorists showed up and reminded me that the point of binaries is to change them from either/or to both/and in an attempt to make me feel better about No Michael, I’d punch him in the face. Michael is better. Both/and Michael just seems like a load of shit right now because you’re not here to touch me; to console me; to talk to me. And No Michael feels just like all those sad songs and poems that you always believe are for somebody else. Guess the joke’s on me: I’m it this time. It’s just really raw and searing and doesn’t get smaller, just a big old lonely maw that looks like it would be ravenous, but just fucking sits there all by itself, right in the middle of my chest mocking me, right where – right where my heart is. Damn, Michael, that’s it then, huh. I didn’t know the heart was that much.

People tell me in their consolations that with time this hole will become a little cooler; flatten out into acceptability, but I don’t want it to. No Michael is not acceptable, cannot be acceptable. So for now, I will hold you as close as I can because I can’t bear to have No Michael, especially since just the other day I had Michael, the guy who cried for the cars he sold; who un-self-consciously hugged trees in the Muir Woods. You were such a beautiful dork.

God, I’ve been thinking crazy thoughts since you died. Some of those thoughts weren’t all that charitable either. Like I even felt for a minute that I just wanted to wash my hands of the whole thing, once and for all – just forget about you and live my life as if you’d never existed at all. Once and for all a free man where I could finally be effective, like you might have been responsible for my shortcomings that caused me to live such a fearful life. How fucked up is that? I mean think about when we met. I was so thrilled that I’d met a sexy good looking guy who acted like he wanted to see me again. And you were French! Over the moon! It was so easy like we were both on a steel track chugging away into the sunset. I right away confided to you that I was in AA, that’s why I didn’t get high or drink booze, which you thought added to my good character. You didn’t know – you couldn’t have known what I was like prior to getting to AA. But you found out. You were so shocked when I started using drugs again. You made valiant efforts to help, talking to various people who you thought might have insight or leverage. You had no idea that once I started using again that I would be transformed into a liberated Kamikaze Kraken literally existing to destroy everything, including myself. I’m so sorry for all that trouble, Michael. If I had it to do over again – no, that’s bullshit. One thing that’s become very clear since you died is that there are certain unchangeable “things” in the world: giant impregnable slabs of granite just planted right there in the middle of reality: The Way Things Are and The Way Things Were. For whatever reason there was no way we would have been able to live out our lives together like normal guys. I chose meth and heroin and cocaine over you, Michael, and it couldn’t have been any other way. It’s a bitter lesson for me, but, as I think about it, also sweet. Because I never found someone else after we separated. I knew I could never replace you, so I consigned myself to live alone, just me and Duffy, the greatest dog on the 7th floor. I’ve become the Miss Havisham of the East Village, but with a mustache, and always with hope that things would be resolved someday; that all that was needed was one more month, one more week, one more day, and finally, finally this dissonance would resolve, just like a renegade tri-tone screaming through space so it can get home, its existence defined by instability, but with the terrible knowledge that “home” would always be just around the next bend. That’s the thing about tri-tones: they’re made up of two parts a tri-tone away from each other and they exist only in their quest for resolution. Is that it, Michael? Were you and I destined to fail as a unit? It’s a terrible realization to suspect that at least one of us was blind to the duties of maintaining stability. A fatal flaw. Did you finally figure this out? Is that what killed you? I know you knew about my loneliness, how I missed you about one trillion times more than I let on. I know you knew when I phoned you in Montana that I felt like I was intruding, so I kept our contact to a minimum. I know you knew how thrilled I’d be if you called, especially out of the blue; or even sent an unsolicited email to me. You knew that I knew that you could never, even if you’d wanted to, abandon your current partner Dan because that’s who you were: a decent man. You were constitutionally incapable of going back on a promise. That’s just the way things are.

I know you’re gone and I need to treasure you now. I see your face. Your gentle face and your broad smile. I’m grieving. There’s no doubt. I guess soon I will have to finally say good-bye and move on with my life. But if it’s okay with you, I’ll just hang out here by the door for a while, just sit here with my stuff for a minute before I hit the road.

Doug Weaver has earned degrees in piano performance and journalism, and has a graduate degree in creative writing from California State University. Earlier in his career, he also graduated  from the Los Angeles Men’s Central Jail, having conducted extensive research in the use and commodification of cocaine, methamphetamine and heroin. He teaches at a small liberal arts college in Los Angeles, and currently lives in Long Beach with a cairn terrier.