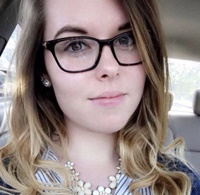 MY FRIEND SINDSMAN
by Alexandra Lapointe

Neither the day before nor the day after were of much significance. It was only the day I met Sindsman that I can vividly recall. I was sitting on my porch rather typically for a Thursday evening. I was inspecting the overgrown strings of grass that stood erect against the rotted wood of my mother’s house. Interestingly, I didn’t care much for the grass, but rather the assorted insects residing among it, living or dead.

As I probed around the damp grass with my gentle fingers, I heard heavy footsteps approaching. I looked up to see Sindsman, whom I had not met previously. From a young, rather underdeveloped boy’s perspective, Sindsman looked grotesquely large. I would have said at that moment that he was the ugliest thing I’d ever seen. His ears resembled the size of watermelons, and his overbite was so severe that he was practically incapable of closing his mouth. Sure, as a kid who had barely enough meat on my bones to feed a mouse, I was certainly intimidated by the surrealistic creature. He was easily triple my height; I had to crane my neck up towards the sun to get his head into view. But once I did I didn’t look away. He looked at me delicately and outstretched his grubby hand.

“I’s Sindsman.” His substantially debilitating lisp made it difficult to decipher his words. I nodded my head, not yet comfortable with speaking myself. My hand cautiously shook his lanky fingers. Sindsman leaned backwards and smiled, exposing his plaque-filled, crooked teeth.

“Come wif me” Sindsman said next, wasting no time. My concentration on the grass had already been disrupted so I stood up and followed Sindsman as he sauntered down the street. I followed him until my house was clear out of view and the woods were quickly approaching. He stepped into the wall of trees and was immediately engulfed by the shrubbery. I’m not entirely sure why I didn’t hesitate to follow Sindsman, but nevertheless I ended up in the center of the wooded area surrounding Willow Pond. The ground was soggy, making it difficult to walk with the mud suctioned to my damp sneakers. Sindsman effortlessly walked around the north side of the pond and pulled back a wall of vines to reveal a dilapidated treehouse. The softness of the dirt and the rotted planks of wood it was constructed with made me question how it was still standing, let alone able to hold the weight of Sindsman. He didn’t seem to have the same skepticism and rapidly climbed the contorted ladder. Once he was safely inside, he poked his head from above the sloppily formed wall looked at me.

“Come join da party.” Sindsman said. I walked up to the ladder. It was taller than I had originally thought. I gripped it with both my palms and shook it to check its stability. It wobbled faintly but I figured if Sindsman could climb it, a ninety-pound kid could manage. Up I went, attempting to suppress my nervous shaking. Sindsman must’ve been irritated with my slow pace and grabbed my waist to hoist me up himself. My feet landed hard on the floor of the treehouse and the whole structure wobbled slightly, making me panic. I looked around, noticing a thick tree branch extending about four feet above where the treehouse ended. Sindsman reached up and rested his arm on it.

I peered through the wooden planks and looked out into the cluster of trees. The only thing I heard besides Sindsman’s heavy breathing was the birds chirping invisibly among the foliage. The woods seemed eerily tranquil, as if it was patiently waiting for Sindsman’s next move, as was I. He seemed to possess vivacious energy which was unsettling for me as I awkwardly stood next to him in anticipation. When he was satisfied with the duration of his silence, he bent down and picked up a small plastic bucket that was resting at his feet. He peered inside it and smiled, offering me a glance. I leaned towards him and saw a pile of misshapenly lumpy toads. They were laying on top of each other, defeatedly squirming around their counterparts’ muddied skin. Their repulsive stench jerked my head backwards. I looked at Sindsman quizzically.

“Watch dis,” Sindsman said. Concerningly, my eyes followed him as he walked over to the ledge of the treehouse and reached his hand into the bucket. He removed a writhing toad and raised it above his head. In one methodical motion, his arm violently extended towards the ground and he released the toad. I watched it fly through the air for the few seconds that it was airborne. Then, it abruptly hit the ground, exploding into a pancake of skin and guts. Although I was far enough away from the collision to not be affected by the splash, I still wiped my face with my hands in case of a stray drop of blood or piece of intestine.

“Cool right?” I heard Sindsman say. I glanced up to see him reaching back inside the plastic bucket.
“Don’t,” I said, holding my hand out in an attempt to stop him from murdering another. His eyebrows lowered, almost as if he was perplexed by my disapproval.

“It’s okay, boy. Froggies likes it.” He picked out his next victim, raised his hand, and threw it with enough force for a cloud of displaced air to smack my face. I chose not to look this time, but hearing the splat was just as disturbing. I turned towards the ladder and grabbed it with both of my palms. Instantaneously, I felt a hand on my shoulder.

“Wait,” Sindsman said. “My turn.” I decided to give him one last chance to convince me to stay. He grabbed the tree branch above his head and hoisted himself on top of it, until he was straddling it like a horse. He looked at me and smiled, as if he was confident that his plan would catch my interest. The desperateness that welled up in his eyes started dripping down his entire face. I could see it transform his body. He wanted someone to play with, someone to impress. I’m not sure why I was the one he chose. I might have simply been the first person he saw on his morning recruitment run. Or he could have been stalking me for days, deciding if I was qualified to accompany him on his toad-tossing adventures. Either way, I could feel how meaningful my presence was to him, so I stayed.

He shimmied his way up the tree branch until he was hovering over the edge of the pond, his feet swinging from side to side. I wanted to speak up and ask him what he was doing. I wanted to tell him to come back to the safety of the treehouse, so we could go back into town together. Yet my mouth remained shut. Despite his jittering limbs he managed to slowly stand upright on the branch. Then, without a warning or any final words, Sindsman jumped.

I wasn’t sure what to make of the abhorrent scene that unfolded in front of me. Sindsman’s body had hit the ground with substantial force. The bloodcurdling sound of breaking bones was louder than the thud of his impact. His legs laid in the dirt, twisted in disfiguring directions. He wasn’t moving. I didn’t hear a moan or a scream. Even the birds overhead had either flown away in fright or fell silent. I ran to the ladder and flung myself to the ground, stumbling towards his body. His face was facing me, although half of it was buried in the dirt. He had landed on the edge of the water and I watched at trickles of the pond water and mud seeped into his nostrils and eyes, which were wide open. The smile remained on his face, even after being compressed by the impenetrable earth. Laying at his feet were his victims, as if he had meticulously constructed a mass grave.

The horrific sight made me grimace. I looked up and tried to remember which way we had come from. Walking around the pond, I made my way out of the woods and back to my front porch. Sweat was dripping down my back like the beads of water collecting inside Sindsman’s nose. Sitting on my porch, seemingly intentionally, was a brown, bulbous toad. I kicked it.

Alexandra Lapointe is a recent college graduate who writes fiction short stories in her spare time, and is currently working towards finishing a science fiction novel. She resides in Rochester, New York with her family.