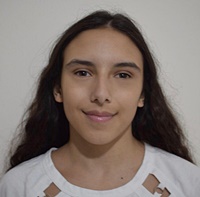 Despair, loss, feeling hopeless, being abandoned. Those are a few words to describe my nannie’s childhood.

At the age of twelve, she was obligated to surrender her education, and simply give up on her future because her father didn’t have enough money to support the family. Financial aid was not something common in the Philippines. The only common aspects in the country include death and cruelty. According to an article written by New Mandala, it states that “Violence is rampant in the Philippines.” This explains how the Philippines is a country which is constantly exposed to violence.

Soon after, 3 years have passed by, and a family of 10 became a family of 8. Maryannes youngest brother died when he was 1 years old because he was infected with  a deadly disease called Pulmonary lung disease.

When Maryanne was 15 she was exposed to the horrific experience of having to watch her father get stabbed. She witnessed as the killers knife repeatedly punctured her father’s chest, and resulting in an extensive amount of blood to pour out. That moment, November 15, was one of the worst days of her life.

At the age of 18 she made an oath to protect the ones she loved, thus allowing her to become a security guard for about 3 years. At the age of 21 she managed to envision a better life for herself as she found love.

A dim of hope shines upon her life. Although Maryanne believed that this man would be the life preserver in the ocean that is her life’s misery, her husband did not return his wife’s feelings; and proceed to cheat on her with another women.

After having a child, Maryann’s sister-in-law convinced her brother to abandon Maryanne. The poor girl was at the airport carrying a newborn, waiting for someone that was never going to show up. She kept crying every single night hoping for something better, a meaning to all this suffering.

One day she heard that the women who her husband cheated with left him for a another women, and therefore making Maryanne a firm believer of karma. After having accepted the fact that her husband abandoned her, she began to look for love in different places, whereupon she accidently she gave birth to her second child 4 years later with a strange man she never married. Till this day Maryanne is still lawfully married because a divorce costs a lot of money.

Within the topic of money, Maryanne stated in the interview that although she is currently working for my family, she does not have enough money to properly support her family. However, she is not willing to send money to both of her children, because she is frustrated with the fact that her children only reach out to her for money, and they use her as a source of outcome.

At the age of 39 maryanne made the extensive decision of leaving her family and work as a maid abroad. That same year her mother passed away.

At the age of 42 she went to work in Dubai where she worked for the sheik. When she turned 45 she came to Kuwait and took her cousin with her.

Now, Maryanne is happily working for my family. Unfortunately, her cousin which she brought along with her, was sent to a bad family; who abused and mistreated her.

According to “Reuters,” a website that talks about social issues, it states that “The Philippines suspended sending workers to Kuwait on Friday, a day after President Rodrigo Duterte said abuse by employers there had driven several domestic helpers to suicide.”

Furthermore, the president of Manila has declared that the Philippines will no longer send workers to kuwait because of abuse, much like Maryannes cousin. Additionally when the maid was being abused the owner broke her arm, and made her cry out all of the pain. Abuse should never be tolerated, some maids have lived a worst life than Maryanne, yet they still get abused. Nannies are not the 21st century slaves.

Over the passed few years my nannie has become apart of our family, she treats me like her child and I view her as a second mother, she’s very dear to my heart. I am glad that I have learned so much about her life and her childhood, it makes me cherish her even more.

My name is Naya Fadi Antoun. I was born in Lebanon and now live in Kuwait and attend the American School Of Kuwait (ASK). Being only fifteen years old I have a lot to learn and even more to experience. However, being so young gives me the opportunity to want to achieve a lot in my given lifetime. Coming into high school, freshmen are expected to have a partial idea of what they want to achieve in their lives. Personally, I view the future as an intimidating topic of discussion. It has only been recently where I have truly given thought about what I want to achieve in the following years. As a female pupil I have the opportunity which many women before me did not, which many women have fought for; the right to have a strong basis of education. With this privilege, I aspire to become a lawyer or even get possible admission to the science world by working in NASA.