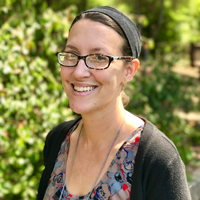 “Do you want to get high tonight?”

I nearly dropped the receiver and choked on my Dorritos. “Wha- wait. What?”

“I can come pick you up in like half an hour. What are you doing tonight?”

I could hear Benjamin fumbling with something glass or ceramic as he spoke rapidly over the phone.

“My family’s at my brother’s soccer game. But I don’t know, Be-“

I left a note by the phone for my mom explaining I was studying for a test with Benjamin and would be home by nine. I knew she wouldn’t really care if I hung out with him. We’d been friends since sixth grade and had the most inexplicably comfortable girl-boy friendship I had ever known. We had different circles of friends, but we could count on each other when it really mattered – talking him through battles with his stepmom and him driving me to school on days I couldn’t bear the nasty girls on the bus. My mom loved him; my dad was indifferent. It was strange that my mom approved of the boys who were in actuality the worst of influences. Deviants are the best liars.

Twenty-seven minutes later I locked the front door and hopped into Ben’s white Corolla. Some weird, rhythmic trance music was throbbing out of the car and into the dusk.

“Hey.” I hoped I sounded nonchalant.

We drove and parked about eight blocks away near the freeway onramp. Benjamin was nearly giddy with excitement. He loved getting people high for the first time. Like notches in his belt or headboard or bong, or whatever.

He lowered the music and rummaged through his satchel and pulled out a bong. “This is Serendipity,” he introduced. I smiled thinly.

I nervously watched a car drive past us, hoping it wasn’t some neighbor or God forbid my parents. The sun was sinking fast in the sky, creating a remarkably vibrant splatter of pinks and oranges over a sheet of pure honey. I was about to comment on this but-

“Oh shit. I left the canister on my dresser. We have to go to my house,” Ben announced, starting the engine, turning up the volume and pulling onto the freeway. As I could not think of a reasonable reason to protest this new turn of events, I silently assented as we sped under the most beautiful earthly ceiling in a quest for another altered state.

We quickly fell into familiar banter, making fun of our pervy chemistry teacher and Ben’s ex-girlfriend, Psycho Princess. They dated for only a few months but she would occasionally follow him around campus and once left a poorly produced mix tape on his windshield. We were now convinced she would soon be in a rubber room, beside the neo-hippie transfer student I gave a hand job to in the back of the library last fall. It was our go-to conversation: a dissection of our previous relationships and unknowing sabotage of future ones.

We pulled up at Ben’s house – his mother’s house since the divorce – and I pulled my drooping thrift store purse close to my chest. His mom’s house was a huge gray building with two massive turrets alongside each side. It was nearly dark and tiny lanterns led the way to the stained glass door. When we stepped inside, the jaunty cackle of laughter was punctuated by Ben’s mother humming to herself, carrying a bottle of wine past the foyer to a lively table of guests in the dining room. Jazz music was coming from somewhere.

“Ben, we can’t stay here,” I whispered and backed into the front door.

He steered us into the dining room where we announced our presence to adults who barely registered our hellos, then quickly headed up the staircase. Inside Ben’s extremely cluttered room, he immediately grabbed an orange prescription bottle and pocketed it. He rummaged through some seemingly useless debris while I lingered in the doorway. Boys’ bedrooms always fascinated me: almost universally messy, nearly unhygienic, but somehow charming in the details. Ben’s school notebooks were stacked on top of his green Jansport backpack, towers of quarters on the dresser, discarded clothes all over the bed and floor – it was a case study in teenage disorganization. I had to restrain myself from picking up the fast food trash.

I had only been inside his bedroom once before at the end of sophomore year when we studied for a chemistry final. We had been alone in the house and it had been the only time I wondered if our relationship was more than platonic. I had waited to see if he would make a move while we memorized the periodic table, but nothing happened. I had been too shy to vocalize my curiosity and now that possibility seemed nonexistent.

His beeper went off. “It’s Nate. We should go meet up with him.”

No, I thought, it’s fun with just us. Once again without a defense or alternative, I agreed to this latest change in plans. Luckily, Nate was holed up in his car just a few blocks away in the parking lot of an independent movie theater.

We somehow escaped the house without further interception or inquiry and were soon pulled up next to Nate in the practically barren movie theater parking lot. It was now completely dark, the neighborhood and evening soaked in inky tranquility. Nate slammed the backseat door, hanging off our headrests and already changing the tape to something decidedly more melodic.

“Check it. This is some dope shit,” Nate declared, revealing a black film canister filled with what, by the smell, could only be the ground remains of an ancient and profoundly unwell skunk. Ben readily agreed and began neatly packing the bong. I suddenly wanted to go home. This was stupid. It was after eight o’clock and I was already imagining the interrogation when I returned home by my typically despotic mother.

I gripped the bong by its mouthpiece and just stared at it. “I don’t even know how to use a lighter,” I quietly admitted. This, of course, was hilarious to them and they proceeded to make fun of this for a full minute while I contemplated throwing the bong out the car window.

After the laughter sufficiently subsided, Ben showed me the finer art of lighter maneuvering and bong usage. It was once again offered to me; I took it gingerly and pressed my mouth to the glass opening and lit up.

After a couple pass-arounds, the car was pretty cozy with smoke and the house music back on the stereo. The conversation turned to school gossip and then to some seniors who I didn’t really know. Nate was graduating in a few months and had no apparent plans beyond tonight, let alone June. Even as a junior, I had a laundry list of schools and majors to consider. I fleetingly wondered what decisions I’ll have made in a year, if I could raise my SAT scores another fifty points before applications were due.

A security guard meandered through the lot, headed in our direction. It was nearly nine and I reminded Ben of my curfew. Nate reluctantly disengaged from his backseat activities, snatched back his cassette tape and slammed the door with a nod to us. I hazily wondered if this was the last time I would spend time with Nate in this fashion. Was this the beginning of a habit or a solitary incident? It’s difficult to articulate the exact formation of a relationship or pattern or obsession — it becomes blurred and soon washes away with the beating back of memory. The middle details and certainly the end can be easy to summon — but the start? The commencement of something important, in reflection, seems to unfold like a dream. You’re already enmeshed in the pattern or obsession before there’s an awareness that there is something important happening.

While I puzzled over what exactly occurred during the evening, Ben and I drove in an easy silence. When we pulled in front of my house, he prepped me for what to do if my parents discovered I was high: to tell them that someone else had the weed, not him. Deny, deny, deny. I just prayed I didn’t smell as bad I imagined I did.

I heard the Corolla zoom away as my mom barely said good night to me, and I went to get ready for bed. In the bathroom brushing my teeth, I stared at my clear reflection and tried to force myself to remember every detail of the night. It seemed so important at the time.

Cassie Lawson is a middle school teacher by night and writer by late night. She lives in San Diego, CA with her family.