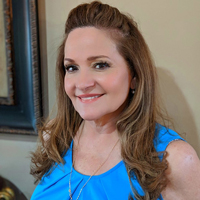 THE BIG MOVE
by Maria Frangakis

After nine years in San Jacinto, without electricity and indoor plumbing, we were finally leaving. We were moving to la casita hermosa, the beautiful little house, as we called our future dwelling in nearby Río Hondo, the neighboring “big city.” The house had been under construction for eight years, even surviving the great flood of 1958 when the water rose above the windows. After the house was roofed, my father asked the mason he’d hired for the construction to move in with his family to prevent theft of building materials. The understanding between them was that he might have to vacate on short notice when the time came for us to move there ourselves.

I’d heard about this impending move ever since I could remember, but it was one of those magical things that would happen “after the next harvest,” although it never seemed to materialize. The harvest hadn’t been good that year, either, but we were leaving anyway. For the last couple of days my parents had been talking about it more than usual. I heard them talk about it as I went to bed the night before, and were still talking when I got up. That morning they were not only talking, but were getting our worldly belongings crammed into the back of Papá’s truck. He was saying something about possession being three-quarters of the law, adding “If we don’t move right away, we’ll lose la casita hermosa for certain!”

I hated not knowing what was going on, but knew not to bother my parents for an explanation. At seventeen and sixteen, Conchita and David, my older brother and sister, understood perfectly what was going on and seemed to mirror my parents with their talking, giving me ample opportunity to eavesdrop.

“The mason wants to keep the house!” said Conchita. “Someone overheard him bragging in the pub about his plans to finish the house himself since my father didn’t seem to be in a hurry to do it anytime soon.”

“Apparently,” David added, “the mason figured that since the contract for water and electricity was on his name, it would be enough proof that he was the rightful owner. He thinks that a judge might rule in his favor because he’s been living there for over five years, and is prepared to fight Papá in court to keep the property.”

No wonder we were leaving so suddenly. Papá and David left San Jacinto carrying the great cedar wardrobe, the wrought-iron bed and the cots. David said that the mason and his wife were having breakfast and almost choked on their chorizo when they heard Papá announcing that we were moving in. With David’s help, Papá began unloading the heavy pieces, placing the wardrobe and the wrought-iron bed in the master bedroom and the cots in the other two rooms. The mason’s few belongings were there but Papá didn’t seem to mind. As Papá went back to San Jacinto to get the rest of our belongings, David remained in the house to watch over our belongings.

Quickly, Papá filled the truck with the wobbly table and its matching wobbly chairs, two straw hampers, the big tin tub filled with pots and pans, a few buckets and Papá’s chair, the one with the owl stenciled on its back. Mamá put every sheet, blanket and quilt we owned on top of the pile so that we could sit safely and comfortably.

At eight, I got to travel on the back of the truck, along with the rest of my siblings except for Mariana, who was only three and had to sit in the front with Mamá. We were so happy not only because of the move, but also because Mamá had packed us lunch for the road, as she always did whenever we were going on long trips. She made us burritos de frijoles and hard-boiled eggs just in case we got really hungry in the thirty minutes that it would take us to get to la casita hermosa in Río Hondo.

It was the middle of August and Mamá was six months pregnant, almost replicating the previous move to San Jacinto nine years before in July, when she was pregnant with me. Our new house didn’t have actual windows or doors yet, just the cutouts on the brick, but it had two bathrooms complete with toilets and spouts where the showerheads would one day be installed. Papá had been right all along: who needed an outhouse when we could have toilets?

Our new house had beautiful tile floors; each room with a different color and pattern that my father had chosen himself without consulting my mother since he was the one traveling to the city on business all the time. I had never seen such extravagance in any other house. But the most amazing thing was that it had running water and electricity. There was one faucet in the kitchen and another one in the patio. Mamá was thrilled that she would no longer have to carry water. We couldn’t stop turning the water on and off and flushing the toilets.

Despite the novelty, I knew I was going to miss el monte. There was a huge guamuchil treein the property that produced pods, like green beans, but curly, which we called “roscas.” They were tasty, but gave us terrible bad breath and the tree couldn’t be climbed like the old mesquites in tierra de nadie, back in San Jacinto. Over the brick fence that separated the neighbor’s property, hung the branches of a mango tree and a real lemon tree. We could eat the mangoes that fell over our side of the property, but were forbidden from climbing the fence to cut any from the branches over it. As for the real lemons, nobody would ever consider eating that awfully sour citrus and so it remained rotting on the ground. There was also a peach tree, but its fruit was tainted since it grew right next to our very own, albeit condemned, outhouse. Papá had actually built an outhouse on that property for the mason and other workers to use before running water and toilets had been installed. By the time we moved in, it had been treated with large amounts of lime and filled with dirt.

The house was also fitted with one light bulb, which hung low from the ceiling in the dining room. It had a little chain on its side that one pulled to turn the bulb on and off. It was marvelous to think that I’d never again have to clean the glass shades for the oil lamps the way I had to do each afternoon in San Jacinto. In this house I’d just pull that little chain and we’d have light as if by magic.

We took over the house like a swarm of bees. That night, and for the next couple of days, the mason, his wife and their grown son slept on the back porch in their cots. Mamá must have been really happy with the move because for the first time she didn’t seem to mind our yelling and screaming—she actually seemed to enjoy it. The mason’s wife kept shaking her head and every once in a while, she would cover her ears, making sure we could see her do so. City people were too sensitive, I thought.

After three days, she could bear our screams no longer and the three of them moved back to their own house, a shack on the other side of the canal where the poor people lived.

Maria Valenzuela Frangakis was born in a dusty village along the International Highway in Mexico’s Northwest. After earning a B.S degree in chemistry, she attended the University of Arizona’s Graduate School, earning her M.S. in Microbiology. She spent twenty-five years as a scientist in academic and pharmaceutical labs. After earning her M.B.A., she went on to found Enarxis Research, a biotech consulting company. Her works have been published in Typehouse Literary Magazine and Adelaide. She currently lives in Chapel Hill, NC.