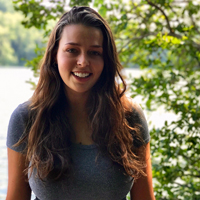 A TABLE SET FOR FIVE
by Jacqueline Rosenbaum

I think back to the map she drew, scanned and emailed to me. Addressed to My Precious Daughter. Arrows that pointed my theoretical, my inevitable movement. X’s to indicate the places I would recognize and use to re-route to her new house. Gino’s Pizzeria, The Port Washington Train Station, an old family friend’s house whose back yard I haven’t been photographed in for quite some time. She sent the map to cover her bases, to make sure I wasn’t deterred from visiting by feeling intimidated by traveling to a new place. I think a part of her truly believes that this is why I have let all this time pass without visiting her. It is the same part of her that cannot remember the years she lost as an addict, a functioning alcoholic, her last years as a mother.

And I’m impressed by her spatial reasoning, the likeness that this journey holds to that hand-drawn map, and I wonder how long it must have taken her to make, if she used a ruler to make it or if her medication is just working very well right now. I wonder if she’s getting better.

They did studies about this, about how messy handwriting is common for those with her conditions, that her instability in reality is reflected deeply in the things she puts out into the world. The things she creates. I wonder if that’s why my dreams are so vivid. I spent years practicing my cursive, making sure each letter connected to the one before, the one after. A linearity she could never mimic.

It’s been years, I think, since I’d seen her last. She was still living at that place in Glen Cove, nearer to us. A house I was forced to visit. By who, I asked, By who? A judge, my father had said. I asked if twelve-year-olds could be sent to prison. My father said no, but that not visiting might make my mother sad. And it wasn’t so much that I wanted to please her, but that I didn’t want her to be sad, to cry in that shaky, zombie-like way I recalled from my early childhood, or for her sadness to quickly become anger as it often did, from what I could remember, like that time I came home from school and found her crying outside but didn’t go to her because I didn’t think she had seen me and then she came back inside and purposely knocked over our very big, stone, flower vase—something she definitely saw that I had seen. I wondered if the Glen Cove Home would have a flower vase, what a mother’s home looks like without a family. So, I had visited the house that day, and every Sunday after that, the suspense of the thing nearly killing me, as I stood in doorways and crouched on the stairs, anxiously waiting for her to fuck up.

But then my brothers and I grew and sprouted longer legs and wider collarbones and the years filled those crevices with cellulite until we became squishy, ignorant potato sacks headed off to college. Where we learned we did not have to come home. That our father could come visit. And so she moved out of the Glen Cove Home to this place, this new place, and waited for my homecoming.

I didn’t tell my brothers or my father that I was coming, and as I approach the front door, I wonder if that was the right thing to do. I didn’t tell her either. It would be easier then, I had decided, to turn around if I wanted to. I was coming because I wanted to know what she was up to. I didn’t believe that she was getting better. Because I wanted to know if she might ever get better, because knowing what her illness looked like felt more important now than punishing her for it.

There are traces of her in each of us, though we’ve tried hard to snuff those out over the years. The youngest has her giraffe-ian height, the middlest has her skinny face, her fair skin. And she gave me, the eldest, her legs, her dark curly hair, her eyes. Her giant feet. They weren’t gifts. We never asked for them. How badly I wish not to see the world with her eyes.

Eyes that could see things that weren’t actually there. Drug addicts looking for money in the back yard. Kids stealing her things. Other mothers that judged her for being poorly dressed. School nurses that did not believe she was worthy of having children. Ungrateful daughters. Misbehaved sons. An unfaithful husband. God.

Eyes that saw too much, but of what I’ll never know. I wonder if eyes carry weight and pass it down with color. If I will ever see something for the first time and recognize it as hers. But I don’t want those eyes. I tell my friends they’re blue, even though they’re green.

Friends that want to know when the last time we spoke was. And I ask what they mean by that. She calls every week, I tell them, leaves voicemails. Writes letters sent to my father’s house addressed to My Precious Daughter that are swiftly tucked away into a box I will never open. At the Glen Cove Home, she allowed me the peace of locking myself into one of the bedrooms and passed notes underneath the door. As a teenager, she wanted to take me shopping. Thought I must be growing. Left me new clothes folded neatly on a bed I’d never sleep in. New clothes in a range of sizes, just to cover her bases. When I left for college, she wanted me to visit during the holidays. She wanted me to go to synagogue for Yom Kippur. Repent for my sins. For My Sins I wanted to say to her. For my sins? When I went away to London she invited me over for tea upon my return, and when I graduated college she asked if she could come. I told her No, I said to my friends. Is that what you mean?

Five years’ worth of visits, and I never said a word, if that’s what you mean. She left tampons on my bed and I stuck them in my backpack. She wanted to take me shopping, and by God she did. I stole every piece of jewelry that sparkled. I took ankle socks and designer shoes for the giant feet she gave me, a purple mini-dress that I didn’t even try on first. Jeans that were two sizes too small for me. Her engagement ring. Makeup I didn’t even know how to use. Moisturizer tinted two tones too light and sixty dollars a bottle. Lipstick I was too shy to wear. I stole the Bic lighters right out of her purse.

I wore stolen earrings to the Glen Cove Home once. I was sixteen years old. My younger brothers were twelve and nine. My father looked at me from the driver’s seat. Put his hand on my head, pulled my hair back. I jerked away. “Those aren’t yours.” He said, as if he weren’t sure. All night she pretended not to notice. My father didn’t say a word. It was a remarkable victory.

I wasn’t wearing them now. I am twenty-eight years old now. With an apartment of my own, with dreams of a motherhood of my own. Those earrings are at my father’s house, safely tucked away. I think of them as an heirloom to her ungrateful daughter.When I knock, I am not surprised when the knocks ring hollow on the flimsy door. It is, indeed, very similar to the last house. She answers the door and brings me in for a hug, as if she knew I was coming. I allow her to hold me but cannot move myself to hold her in return. She steps aside so that I may come in, and I do. And I want to tell her that I know she’s sorry and that I forgive her, and that I’m here to see her even if she isn’t getting any better, and as I step inside I see that the dinner table is set for five, and I’m surprised at how much this makes me feel.

Originally from Long Island, Jacqueline Rosenbaum received her B.A. from Vassar College in 2016, and recently moved to Boston from New York City to pursue her MFA in Fiction from UMass Boston. She was granted Runner Up in the 2018 Haunted Waters Press Fiction Open for her story “Tennis Lessons,” which has since been published in their annual literary journal “From the Depths.”