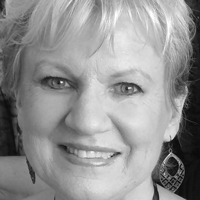 Selections from
CALL ME ISHMAEL’S APPRENTICE
by Eileen Flaxman

Certainty
is thy savior.
In this storm–tossed,
tumultuous world,
with death to our left
and our right,
we look to Thee
Who never wavers
Whose word is law and
Whose punishment is swift.
I am adrift when in doubt
but afloat in Thy
Certainty.

A ship in the harbor
a ship not at sea
is no ship at all
strange and solitary.
A ship with no captain
though in sunlight it gleams
is not yet alive
only mere joints and beams.
But when sails unfurl
and Ahab walks the deck
and the salt spray stings
the back of my neck
Then the Pequod reigns
and comes into its own,
with the ocean its kingdom
and the waves its throne.

A sailor
is anchored
to his ship
His ship
to the ocean
The ocean
to the planet
The planet
which feels
steady and solid
as granite
floats and spins
held down by
He who planned it
and whose whims
test all who withstand it.

Man hunts whale
whale does not hunt man –
and yet could, there being
many more whales than ships,
a whale outweighing a man and in
his element out in the vast ocean, and
man needing to be propped up
in flimsy buckets that crack
and break like teacups when the
mighty forces of weather and
water work against them.

And all the while, the
whale glides by or
slips below,
reemerging at his leisure
to find the sea smooth as glass.

Chapter  57 –Of Whales in Paint; in Teeth; in Wood;
in Sheet-Iron; in Stone; in Mountains; in Stars

As a performer, it was important for Eileen Valentino to communicate thoughts and emotions that mattered – merely amusing an audience wasn’t in her wheelhouse. This goal led her to write her own songs and material and the Philadelphia Inquirer to dub her a ‘Renaissance Women’ for her acting, singing and writing talents. Ms. Flaxman regretfully left behind her membership in A.S.C.A.P. when she moved on from songwriting to poetry.
As a poet who has written a poem for every chapter in Herman Melville’s MOBY DICK, Eileen Valentino Flaxman has the same goal, for, “… what moves us as humans becomes part of us. Melville’s classic novel possesses lessons and truths that resonate even today and offer endless opportunities for writers to plumb their depths.”
(from her complete collection: https://evflax.wixsite.com/ishmaelsapprentice)
Ms. Flaxman has also written a memoir-novel: Pieces of Glass: Growing Up Catholic in the Fifties, soon to be published.