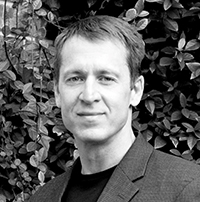 Patches of sun, darting
Break through branches
Cascade and collide
In prismatic collage
On the forest floor

Nestled in shade
Mossed rocks, mushrooms
And unfurled ferns
Scattered at random
Along my earthen path

I close my eyes
And inhale gently
Entranced
Yet acutely aware
Of my role here
An indelible, wonderful
Part of something
Inestimably greater than myself
This perfect day

Two AM
Canceled flight
Tap tapping laptop keys
Deadlines and
A random playlist
Cursing the empty concourse
My empty life
Just me and Falco
Der Kommissar geht um!
Black hard back plastic chairs
So unforgiving
Like everything
Everyone else

Flagging, anxious
Move my wallet to
My front pocket
Be smart!
You can’t trust anyone
These days

Flagging, anxious and
Now, nauseous
That sketchy fried fish
Sick and tired, tapping
The screen’s a blur
No point in trying
Same as yesterday and
The day before
Jede Nacht hat ihren Preis
I just want
To fly

That Thing That Was Missing

Something was missing
I hadn’t been feeling myself
I was beholden to
A slow, painless burn
Evanescence

I kept searching
Resolutely, always hunting
And at certain times
I thought I’d found it
That thing that was missing
But it always turned out
To be something else

And it was something I hadn’t thought of before
And as such I’d never truly looked for it
And as it was
It came right to my front door and knocked
I opened the door and stood, unmoving
Staring
Unbelieving

Portentous, uncertain, intoxicating
A leap of faith
It asked me if I wanted it
And of course
I said yes

The Lightness of Time

A million wild-colored florets
Dancing rhythmically in the breeze
The Sun spills warmth over the hills
As a fawn darts through the tall grass
The child drops her fistful of blooms
Surprised, wide-eyed in sheer delight
And my captured heart skips a beat

John Casey grew up in New Hampshire and graduated from the U.S. Air Force Academy in 1992. He earned an MA in International Affairs from Florida State University in 1994, then began his flying career as a tactical airlift and developmental test pilot. Casey left the cockpit in 2005 to work as an international affairs strategist and diplomat at the Pentagon in Washington, D.C., embassies in Germany and Ethiopia, and at Randolph Air Force Base in San Antonio, Texas, where he retired in 2015. Since then, he has focused on his writing. His work has appeared in numerous literary journals, magazines and online blogs. Raw Thoughts is Casey’s first book, and he is currently working on his upcoming novel, Devolution. He is passionate about racquetball and fitness, music, travel and nature, and the human spirit. His writing is inspired by the incredible spectrum of people, places and cultures he has experienced throughout his life.