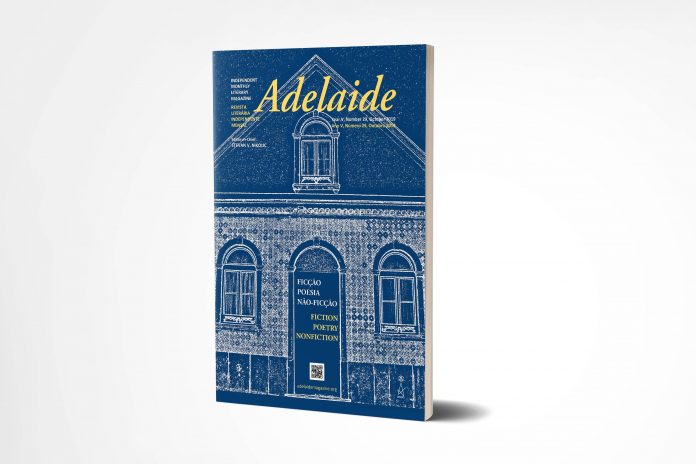 No Cream, No Sugar

Being awake feels like having eternal patience.
Nights slowly dripping into my orange coffee cup.

I don’t remember who gave it to me,
or where I got it from. Like most things,

it’s just always been there.

There should be a word for when you change
the filter three times and the sun still won’t come up.

Not to mention the stillness of 4 a.m.

Thousands of red husks, secrets swarming
in the core of a glacier, the deep green
foam that once covered an ancient lake.
The world began as a palette of color, light
spreading until it finally reached your eyes. Words,
like umber and russet, spilled into existence.
The oak legs of our dinner table, unflinching
pillars in the mind of an aphid.  All the veins
you need to fill a brain with being; all the rivers.
How it took God billions of years to bring us
to this one moment, where the sun would rise
just so, and brush a single ray of light across
your shoulder—this song of creation mixed
with floorboard whispers.  What else can be said
about these first morning hours? Everything.
Continuously, everything.

A Dream within a Dream

I’ve been thinking about the weather lately,
all the different names for it…how we’d
get ice cream every time it rained.

You were in my dream last night,
a pedestrian passing through.
What amazes me is how I can dream
about a place I haven’t seen in years
and still walk through every detail
exactly how I remember it.

More than that, I can dream about a place
I’ve never been and I can remember it perfectly,
and wake up aching for it as alarm goes off.
Whether it’s a dark alley, boarding school,
or beach—I feel it.  I know I feel it.

And I feel the people I sometimes meet,
holding up the illusions that separate
our worlds; doing their best, when I open
my eyes, to make me forget. As if I could
be convinced, that the waking world,
which surrounds me, is any less real.

He works eight to three on the road crew,
spends his nights stocking shelves with
food he can’t afford to buy.

She was fired last week. Late again,
because the school bus won’t stop at
the run-down motel they’re staying in.

It’s not safe for the boys to walk
alone through this part of town
to the designated stop.

So now she sits in the chair
by the phone; waiting and hoping
that someone likes her résumé and
that there is enough gas in the tank
to get her to an interview.

He picks up the boys from school.
They walk home.

He tells them things will get better,
every single day.

While he sleeps for a few hours,
she helps the boys with their homework.
One of them screams, as she swats at a roach,
scurrying across an essay on The Great Gatsby.

It’s the first one they have seen
in almost three days.

I speak to Brian for the first time today.
Five years as coworkers and, really, we
are nothing but driftwood to each other.
It’s January and the freezing rain falls heavy
like a single mother’s sigh. A truck slides
on a patch of ice (like they always do)
and crashes the power. Alone together,
in a dark warehouse, one might start thinking
that we are all just the molecules of something
larger; a proud and far more sophisticated lifeform.
I want to ask Brian what he thinks about all of that.
Instead, I jokingly ask him if he thinks the power
is out all across the globe.

Is this the big one, Brian? I ask.

Whatever makes them let us out early, he replies.

And then the lights come back on.

John Leonard is a writing professor and assistant editor of Twyckenham Notes, a poetry journal based out of South Bend, Indiana. He holds an M.A. in English from Indiana University. His previous works have appeared in Poetry Quarterly, Sheila-Na-Gig, Fearsome Critters: A Millennial Arts Journal, Up the Staircase Quarterly, Eunoia Review, Neologism, Anti-Heroin Chic, Foliate Oak Literary Magazine, and Burningword Literary Journal. His work is forthcoming in Chiron Review,  PoeticDiversity, Rockvale Review, Blue Earth Review, Roanoke Review, and the Rappahannock Review.  John was the 2016 inaugural recipient of the Wolfson Poetry Award, 2018 recipient of the Josephine K. Piercy Memorial Award, and the 2019 recipient of the David E. Albright Memorial Award and Hatfield Merit Award.  He lives in Elkhart, Indiana with his wife, three cats, and two dogs.  You can find him on Twitter at @jotyleon.