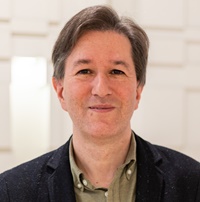 … is the essential fact …

The 1980s were all boom, boom, boom. Even at the foreign companies, time raced along its money-greased track. And their guys on the scene—those sent from home office and the Japanese guys at local affiliates—did boomingly well. They reveled in extravagance and thought this fully deserved. That’s what happens with money, money, money.

When the economy burst, the foreign companies survived—their eggs weren’t all in one bursted basket. And their guys on the scene—those who remained and those who arrived—for them it was still about the money. At least for most of them.

Edward Waylan Jr. landed at Narita Airport in 1992 speaking a delicate Japanese, learned from his mother, that contrasted his tall Yankee confidence. On the outside he resembled Edward Sr. (Lt. Col., retd.), who, while posted at Yokota, had married his local sweetheart. On the inside he resembled nobody in particular.

Before little Ed Jr. popped into being, the family shifted to Ramstein-Miesenbach, where he soaked up German. They moved onward again and again, Ed reaching twelve before realizing that Dad’s “no fixed address” was a joke. So when Ed flashed away to a junior year in Lyon and to summer jobs all over, he wasn’t after glamour. “I was made for movement,” he told his Cornell classmates. “And you can just take me as I am.”

As the scenes whizzed by, Ed stayed calm. Others mistook this for serenity, but it was merely detachment. He stood distant, but not distracted. And his solidity was a uniform he never shed during his own eight years roaming within the air force, engaged with his tasks, but no thought of commitment. Upon discharge, he joined Sedgeway, “leading purveyor of fine fittings for taverns,” and, soon, its overseas sales office in London. From there, Ed hopped about the continents, posh bar to posh bar, lounging in a world of customers. “A dream job,” said others, who mostly drank harder than Ed.

In those bars he would levitate, and watch from above, and the customers were at ease. Ed always appeared as he should. When the others talked politics, he’d be Redneck Ed, or Leftward Edward, or anywhere in between. Bragging about women? “Call me Always Ready Eddie.” He was Well-read Ed, Farmstead Ed, athletic Bobsled Ed or strategically-aggressive Beachhead Ed. It was Steady Eddie who poured drinks, but Unsteady Eddie remained on vigilant standby. And wherever it was in Europe or Africa or Asia that Edward Waylan Jr. sojourned, the particulars of each particular Ed—his words, manners, style—would translate to the country at hand.

Japan, however, took care of itself. There, the legendary Tommy Tomiyama, owner of Santoku Furnishings K.K., brought Sedgeway’s immensely-profitable top-end line not only to fine hotels, but also to the conference centres and civic institutions sprouting countrywide like weeds and, above all, to the Ginza bars that catered to corporate entertainment, existing to impress. By 1991, thanks to Tomiyama-san, Japan accounted for 28% of worldwide profit. Everyone agreed: “He’s our Japan Man.”

CEO Hank Dunlop pondered and pondered. They could terminate Tomiyama-san’s exclusivity, slice him out, and service the humbled market with a small rep office. But you shouldn’t give up easily on a force like Tomiyama-san, nor on Japan.

The market research was depressing. “But,” said Hank, “I’m going with my gut feeling.” He pointed at his midsection. “After all, look at the size of my gut.” Everyone laughed.

Santoku would, said Hank, keep exclusivity, but only for Tokyo, and only for Sedgeway High Line. Tomiyama-san would also be invited onto the board of Sedgeway Japan, a new subsidiary that would push Tavern De-Lux and Tankards Away, the cheaper lines.

“Sooner or later, Santoku will die a natural death or Tommy will put it out of its misery. Then we’ll make him President of whatever’s left standing.”

Ed, meanwhile, longed to race further up the ladder of life—perhaps at Sedgeway, perhaps elsewhere—for otherwise, what was the point of it all? But age thirty-seven was surely the time to chart a stable direction. Less jumping around, less drinking, maybe a tender-hearted wife to comfort him. Maybe even reading children’s books in five languages to a little Ed III. And he could take the little guy bobsledding—or do whatever people did wherever it was they’d be living. But upward Ed must go.

The CEO’s comprehending eye had taken in Ed’s ambition and his energy. When he was summoned to Atlanta, Ed’s Japanese background was almost a coincidence.

“Just call me Hank. Everyone does.”

Plans were laid out. If Ed accepted, the two would fly to Tokyo and break the news to Tomiyama-san. Ed would stay on to study the market and help get Sedgeway Japan off the ground. All going well, within two years he’d return to London as a Senior VP, with a “fully appropriate” compensation package.

“Eddie, my boy, you have a rare talent to adapt and achieve. There’s no limit for you at Sedgeway. None at all.”

Ed set his teeth. “Tell me what you need and I’ll get it done. My bags are as good as packed.” He’d move with the speed of the events. “I’ll give Sedgeway everything I’ve got to give.”

Days later they checked into the Imperial Hotel and took a soft-lighted elevator upward, though only to the mezzanine. There Tomiyama-san waited in plushness at the Old Imperial Bar, smoke curling from his Havana as he stood to greet Hank with a flat-handed slap across the back. Then his eyes pierced through Ed, on whom he bestowed a handshake in the Japanese manner, conveying not power, but gentility and propriety. Ed bowed, involuntarily.

Hank understood that so abrupt a visit must trigger the worst of fears.

“Look, Tommy,” he said, “Sedgeway—me, everyone—thinks the world of you.” He put down his glass and said the hard things he had to say, but continued: “We’re committed to finding a way forward. Our biggest hope is that you’ll play a leading role.”

Beyond those two words Tomiyama-san showed nothing. He peered at the cigar locked into fingers. His thoughts might have been on the hint of mizunara oak lingering from his single malt.

He was to keep watching, but the next morning Hank was laid up with stomach flu. “Eddie, I’m counting on you to pick up the ball and run it to the end zone.”

Did Ed hold his own with Tomiyama-san? Maybe their progress was merely the recognition of Sedgeway’s commercial logic and of Santoku’s weakness. It was not a time to think of self.

The documentation was in English and so were negotiations. But when the two reached a pause, they spoke in Japanese. Of family and love, of Japan. Ed wondered how Tomiyama-san could keep from speaking of the weight he bore. He was partaking in the destruction of a business he’d built from nothing. This business stood, even now, under the lives of its last employees, whose faith remained strong. Ed acknowledged this in his heart, silently, but with no intention of concealment. By the end of the business day a draft Memorandum of Understanding emerged.

Hank would consider the MOU’s terms and Tomiyama-san would think them through again overnight. But first Tomiyama-san led Ed onward to mark the achievement—Ed couldn’t think it a celebration. The elegance of a high-class ryōtei; a thin silk cushion interposed between Ed and the tatami; kimono-attired women hovering about; a delicate kaiseki meal. Before reaching the gate to be greeted with deep bows and led through the bamboo garden, Tomiyama-san carefully straightened his necktie and Ed followed his lead. Both found comfort in a formality that was appropriate to the time and place.

Hot sake flowed. One by one, exquisitely-crafted little dishes appeared before them. With each dish Tomiyama-san drew out more of Ed’s roving memories: a chic Paris bar, a swanky hotel in Singapore, private clubs in Lagos and Beirut. Places Ed had made himself fit in. The further Ed traveled, the less he resisted.

Evening led them on to a traditional izakaya, where, in a cloud of alcohol, Ed’s many personas made cameo appearances. Just stepping onto the stage and chatting about people he’d met some place or other and how he’d gained their trust, and then vanishing. Tomiyama-san listened. At two a.m. they reached his favourite cheap ramen shop. Nothing much remained of Ed except his sincerity.

Ties and crumpled jackets were off, sleeves rolled up. Tomiyama-san switched to English—it was time for clarity.

Ed watched him lift his bowl with two hands and sip the miso broth.

“Waylan-san, you are like the quiet engine of a big Cadillac that’s been shifted into neutral. You can put yourself into gear and go any direction you like.”

Ed stilled himself. He let the older man continue.

“I wish Sedgeway every success.” Tomiyama-san’s voice was suddenly loud. “But for me, the new company would be the ghost of a dead lover.”

He slurped up some ramen. “Sedgeway can have the Japanese market.” Quietly now. “They don’t need me.”

“Sedgeway will need my remaining employees, and I give them to you, whoever wants to join—I will take care of the rest. Then Hank and the boys in Atlanta can do whatever they want. With my full cooperation. Sedgeway has treated me well; I need nothing. But, Waylan-san, I want you to ask yourself a question.”

“I’m already fifty-seven, but I can still create something new. I have energy. Ideas. Ideas that can help Japan. My country … What about you?”

“I too have energy, and ideas. And great prospects at Sedgeway.”

Tomiyama-san swiveled back toward the counter.

“And a home, Waylan-san. A home.” Tomiyama-san slurped up more ramen and then looked straight at Ed. “Won’t you come home to Japan and build something new with me?”

Mark Halpern has lived since 1993 in Tokyo, where he runs his own law firm and writes stories about foreigners in Japan. He was born in America, grew up mostly in Canada, and has also spent much time in the UK and France. As for Japan, Mark has, like some of his stories’ characters, found a way to be both an outsider and an insider.