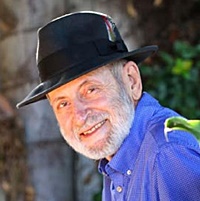 I can’t decide if I should stay with Ernie. We’ve been together for fifteen years, and it will be hard to leave. But lately, I’ve been craving something… something different, you know. One day I woke up crying and thought, this relationship isn’t working anymore.

My time with Ernie has never been smooth sailing. He expects the most expensive gifts, he’s vain and can’t take criticism. Things I could say to a good friend, I wouldn’t dare say to him. But he doesn’t have mood swings and never lies. The best thing about him is that he knows what’s right for me and almost always makes me happy.

So why am I thinking about leaving Ernie? For the last few months, he’s been arriving late. Sometimes he makes me wait a whole hour. I’m not stupid. I know what’s right and wrong. I think I should give up on him.

Maybe I should find someone else before I leave him. But Ernie would know by the look in my eyes, the smile on my lips, and that would be too stressful for me.

Where am I going to find another hairstylist as good as Ernie?

Forty stories by Clive Aaron Gill have appeared in literary journals and in “People of Few Words Anthology.” He tells his stories at public and private gatherings. Born in Zimbabwe, Clive has lived and worked in Southern Africa, North America and Europe. He received a degree in Economics from the University of California, Los Angeles and lives in San Diego. More of Clive’s Stories are available at https://www.amazon.com/Clive-Aaron-Gill/e/B00FADQIR6