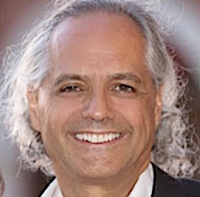 “I don’t dance the tango,” Kyra says, “but I took lessons before coming.” She bites into a bright green apple with an audible crunch. Its tangy taste has a whisper of sweetness that disappears on the back of her tongue. Swallowing hard, she looks out from where she is sitting to the Obelisco, an iconic national monument standing like an arrow at the corner of Corrientes and Callas 9 de Julio in downtown Buenos Aires. She dares not say she disliked the robotic T.A.N.G.O ballroom steps she learned back home in Colorado.

“Tango is everything,” says Mateo with a shrug. His thick Spanish accent reminds Kyra of Iñigo Montoya in The Princess Bride.

She moistens her lips before answering. “I love the music, even if I don’t understand the words.”

“Most lyrics are Lunfardo, a street-slang spoken by criminals and working-class people.” Mateo puts his guampa on the counter. The calabash gourde with its bambilla, a steel straw, is what Argentines traditionally use to drink that caffeine-rich mixture of hot water and dry coca-like leaves called maté.
“Alexa,” he commands, walking toward the voice-controlled speakers in the living room. “Play tango.”
A suite of mournful melodies shrouds the loft in melancholy. Kyra confidently tugs at her tight black jeans and notices the way her sleeveless tee-shirt accentuates her curves. Perched on the high—backed stool in Mateo’s open kitchen, she playfully dangles a black stiletto on her toes. After joyful days sharing lunches and museum visits, this is her first time in his loft apartment. She wonders why he hasn’t kissed her yet.

“In tango,” he says after a while, “the man leads the woman to where she wants to go.”
“Where I want to go?” Kyra smiles. “I thought you guys were macho.”
“Well, tango is a conversation.” Mateo puts his hand over his heart and feigns a dance step before sitting next to her. “The man leads, and the woman follows, but where he goes depends on where you take him.”
“Sounds a lot like good sex.” Kyra feels her cheeks flush. She never makes the first move, but watching the way Mateo sipped his maté inspired her.
“It is better than sex,” he says calmly. “Tango is love in three minutes, reciprocal and dramatic.”
“If tango is better than sex, babe, you haven’t been with the right girl.” She knows she is falling for him. He is aloof but romantic, secretive, but enchanting like a forbidden fruit.

At the milonga,” he chides, “you dance with your partner, but also with others.”

She feigns a pout. “I don’t think I would like the idea of you holding other women if you were my partner.”

He chuckles and loosens his necktie. She admires him from over the lip of a glass of chardonnay. With jet-black hair, a seven-day stubble, and suntanned skin, he could be a Columbian drug lord, but he is a journalist. The truth is, she longs to run her fingers over his wrinkled shirt. She drops her shoe.

Mateo slides from his stool and kneels at her feet. His hands are softer than she imagined, and within moments, she is back in her heels.

“Eu-phoria?” His eyes linger on the small cursive letters tattooed above her ankle.
“It means happiness.” Kyra tosses her wavy black hair, exaggerating the sparkle in her eyes. When she stands, her forehead reaches his aquiline nose.
“Teach me to dance the tango,” she says.

Mateo puts his right hand firmly on the small of her back, pulling her toward him. She naturally lays her left hand on his biceps. Pressure from his fingers makes her lean into him. She trembles as the back of his free hand slides from her cheek to her shoulders and down her right arm. He squeezes her palm.

She knows he is a good dancer. They met at Confitería Ideal, a decrepit yet grandiose haunt built in the style of a Parisian salon from the Belle Epoque, with cast-iron balustrades, marble colonnades, and baroque glass chandeliers hanging from high ceilings. Timeless and eternal, it is a place where porteños, those inhabitants of Buenos Aires proper, gather for clandestine encounters and love affairs, a place where friendships and romance are indulged in the space of twelve minutes, the time of a tanda, three songs danced with the same partner. She went there for coffee a few days ago, to people watch and study tango.

She bites her lower lip. Milongueros take small steps while in a tight embrace, with lots of turns and pivots called giros, created for couples navigating around a crowded dance floor.

“I think that’s pretty different from the ballroom steps I learned before,” she says.

Mateo’s eyes close as if he were talking with her telepathically. A persistent pressure of his hand near her spine shifts her weight onto her toes and lifts her heels from the hardwood floor. Her breasts, hips, and thighs tilt forward until her torso touches his, making a human Obelisco.

Captured in his right arm, without even room to look down, she feels their upper bodies expand and retract together like the bellows of an accordion. A slight hitch of his right shoulder coaxes her hand from his biceps. She rests her forearm on the nape of his neck. It is a moment without past or future, exciting as when lovers discover each other for the first time.

She can sense the slightest twitch of his body. His deepening breath is a signal to begin, a sign she is safe and secure in his arms.

When he steps back onto his right foot, she follows, entering the space his open hips make for her. Another step and she feels herself pivoting into a lean with her left foot forward as her right foot gracefully comes to rest off the ground against the back of her left ankle.

“Pause,” he whispers, as if the word has two syllables. He rocks her tenderly. Their hands are mere embellishments. “We have time, don’t hurry.”

She feels his unwavering strength in spite of her exaggerated list. The way his arm envelopes her ribcage in a tight embrace, she feels protected, yet free, clearly taken, but willfully giving.

“Tango is love without noise,” he says. “It is life without confusion.”

The music’s solemn rhythm wraps itself around her heart. Mateo’s cheek brushes hers when he dabs the faintest of kisses on her ear. She can almost smell the testosterone. An invisible cloud of warm air escapes his nostrils and floats across her neck, fading into a delicious chill on her shoulders.

Kyra shudders with excitement. Her eyes close. If he moves back any further I’m going to fall on my face, she thinks, but she isn’t frightened. Did she invite him to hold her this way, or did he initiate the lean?

Like a force field springing from her partner’s chest, an invisible surge of energy prompts a long step backward onto her right foot. She feels the move before it begins.

She steps. He follows. Their breaths wrestle as lovers do before a long and painful separation. Kyra hears the staccato lament of piano, violin, and that small accordion-like instrument called a bandoneón. ‘Tengo miedo de quererte,’ sings a porteño with characteristic whiskey and cigarette-filled gruffness. Mateo continues the song in English, his accent heavier than usual:

“I am afraid to love you,” he says, “to have you and to lose you, to then feel in me a death when you pass by.”

Henri Colt is an award-winning medical educator and wandering scholar whose passions include mountaineering and tango. He is the editor of Picture of Health: Medical Ethics and the Movies (Oxford University Press). His short stories have appeared in Rock and Ice Magazine, Fiction on the Web, Flash Fiction Magazine, Active Muse, and Fewer than 500.