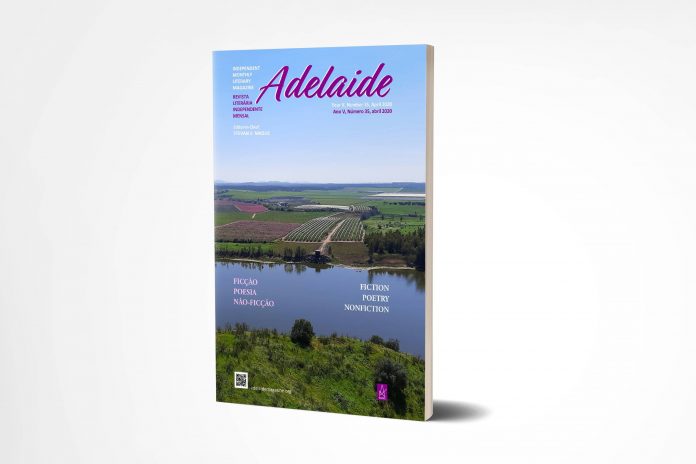 As I opened my eyes the first thing I saw was me, clear as day in a mahogany casket laid out in a black tuxedo, my drab hands clasped and my eyes sealed shut, never to open again.

Why me? Why now? how did it come to this? I thought to myself. I couldn’t grasp how I got here, everything became a blur and then, the minister spoke.

“Taye Salim Negasi, a man of life, a man who has now been called to the Lord. His passing being unexpected and unfortunate, blessings go out to his loved ones.” I looked over to my family and friends, my mother sat in the front with her eyes bloodshot and her face puffy, my siblings sat nearby hyperventilating while sobbing along with my grandparents. My uncle sits in the backbiting his lip as tears slowly stream down his face. I hover over to him and place my hand on his shoulder as he would in my time of need, and then he glances over his shoulder as if he sensed I was there. He looked back at the casket saying to my cold dull body,
“Nephew, you’ll always be with us. I’m going to find out who did this to you I swear.”

Find out who did what? I thought. The services continued and my mother got up to speak, her voice worn out and weary but softy she said:
“My baby is gone, but he’s in a better place now, I never would’ve thought I’d be burying my youngest child so soon but…but you never know what life has in store right?” she said while getting choked up. I went over to her to comfort my dear mother one last time. I stood by her side holding her, she almost lost composure when I touched her like I made her emotions spike more but she continued then suddenly I got a burst of thoughts that weren’t my own.

Why? Why did someone have to take my child away from me? Sick, this world is sickening full of hatred and murder. I can’t believe he’s actually gone. I let go of her overwhelmed.

Murder?! Someone killed me?! my mind was in a frenzy yet everything was still a blur. I headed over to where my friends were sitting to analyze and see what I could find out.

There’s only one person who would know something, and that’s Zakara.

Zakara sat in the midsection quietly sobbing but something seemed off, she never looked in my direction, she never got up to say her farewells to the stiff me that’s lying there.

“What is it that she knows?” I questioned. I put my hand on hers, she flinched at first, sensing something but brushing it off. As I held her hand again thoughts ran through my head.

“It wasn’t supposed to end this way, it’s all his fault! He’s the one who killed him! It had to be him!”

Uncertain if it would work I whispered to her, “Who? Who killed him?” and like telepathy her first thought was
“Gadreel, Gad was the one who lured Taye out that night, Gad was the one that…that-”

“Where’s Gadreel? Where is Gadreel?’ I muttered to her.

“Here…”  I let go of her, again overwhelmed. Things began to clear up more but now it felt like my body was pulling me back. I hover above the entire sections, face to face, swooshing by one another looking for Gadreel and then… all the way in the back right corner, leaned against the wall stands Gadreel. A ghastly vibe present around him as I approached. His grave face covered by his dark hood but not enough to keep the bullets of sweat from being noticeable. His eyes were dilated and stuck on my casket then they began darting from person to person across the room before finally reverting back to me. His hands fidgety, palms sweaty, legs shaky, and now to see his mind. Without even touching him I could hear his thoughts, they were roaring.

“He was my friend, but he had to go, he had to. I was always in his shadow, always overlooked by him, but now I get to be in the spotlight, now I can have everything and he has nothing.” He said smirking. It all came back to me, the night that I was killed flashed before me. Me, Zakara, and Gadreel went out to a cabin one night to invite more friends over and have some drinks and smoke. Zakara was Gadreel’s crush but she was deeply in love with me, I never knew that Gadreel resented me for that. As Zakara took a nap in the cabin awaiting her friend’s arrival, Gadreel and I headed into the woods to smoke. As we were walking Gadreel seemed to get more suspicious saying things like,
“This’ll be a night to remember.” “I got a surprise you’ll never forget.” “How do we know we can trust these people coming here? If something happened no one would know.”

I paid no mind to the remarks being made because I had trust in my friend but little did I know I was being lured to my own demise. As we got deeper into the woods Gadreel asks me,
“Yo Taye, you want to see my new 9mm glock?”

“Yeah sure, bust it let’s see what it can do,” I said turning to see him shoot.

“You’re right Taye, let me show you what it can do.” he said while slowly pulling the trigger. The flesh tearing, the ringing in the ears, the world turning white and your body now cold. Major arteries punctured internally bleeding as the heart pumps out its last beats. I laid there in cold blood. That was my death, betrayal, and jealousy. Coming back distraught but in a way at peace, my body draws me back in before the casket closes. Understanding my family’s grief  I say, “Be at peace, one love.”