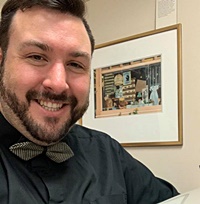 On iron red tipped mountains high,
heat and scorched earth cracked in rays,
waves brought by arid death—
beams shooting through salt flats barren an age ago,
cracking the range as Earth splits the crust westward through
basin voids—billow currents of air as
red rock and sand falls down the river beds, dry.

4
Stillness protrudes the Desert Solitaire into holes deep gorging.
Arches float in mountains ancestral.
Smoke reaches the sky above, while
canyons gorge the earth deep and wide,
painting the rainbow of time for all to see—
pride and transparency—
homes dug deep in Ancestral Puebloan sandstone and
beans that fill the stomach, and the cooking pot above flamed mesa.
Spiritual desert dreams the weaver of tomorrow,
As Bear’s Ear rise above Grand Staircases,
red rock and sand falls down the river beds, dry

5
Southwest, living
lives in a places that splay life barren.
Flourishing among the four corners—
Copland and settler
the land reveals it secrets.
Welcome horn and home
eastern and first nation, love.
As the Golden Spike transnational is one,
the red rock and sand falls down the river beds, dry
From Iron red tipped mountains, rising high.

Daniel Cureton is a poet and avant-garde writer living in Utah. He has a master’s in English from Weber State University and has published the collection of writings Monster Brain: Conversations with OCD about his journey through mental health. He is staying sane during COVID-19 through good meals, long walks, and naps.