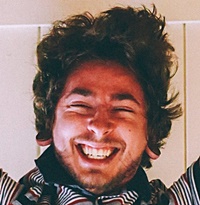 Guy Preston is a psychologist and author from Brisbane, Australia. His work has been featured in 365tomorrows and literary yard. Catch him on twitter (@sleepypreston) or on his website (www.sardonicbreakfast.com).