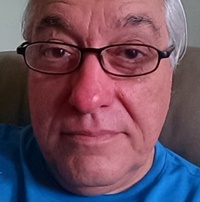 No social philosophy, economic strategy or cultural perspective can guarantee our well-being without the truth.
Possession is hawked by capitalists gone wild on one end of the spectrum while entitlement is claimed by socialists gone catatonic on the other. Whether the tools are mergers and acquisitions or endowments and appropriations, we circle back to the conceit of our self-centered consciousness. We reveal our immorality in managing our human nature.
We wield power through the theft and abuse of resource.
In this binary operative, choice is limited to complicity or revolution. We are done with listening. The fact is Black anger is not a new scary militant insurgency. It is centuries-old scream. It is a plea for resource. I witnessed the discrepancy in grade school with Samuel Burwell, on the bus in high school with Peter Sylvester. As an adult I remember Lloyd Price, famous for his R&R hits of the 60’s, being forced to use the service entrance of the hotel where he was headlining. These memories are my fellow Americans’ realities. While I comfortably reflect with dismay, they burn with resentment embedded throughout a lifetime of dismissal.
White kids grappling with their privilege is not the fight with which people of color are concerned. Inherited prejudice is still prejudice, just new and improved, and its elimination takes introspection and response. It does not mean owning and driving the solution under the comfortable guise of reform. Malcolm X’s claim that white people can only help by getting out of the way does not comply with Martin Luther King’s plea for reconciliation. But the former addresses a founding principle of being American-the right to own one’s self determination without disclaimer, without approval by cultural control of any color.
Reactionary overtures to appease do nothing but make the politician on the spot look good. Taking a knee is a just a photo op unless the act initiates pro-active acknowledgement and elimination of that centuries old, disgraceful denial of human dignity. Reform assumes the bath water is the only issue with the baby. Reparations are a buyout, a no contest admittance of the flaw in our national conscience. It does not have any transformative value. These proposals address our civic character. They do not repair the damage to our sense of human dignity. We will not solve our malaise unless we admit that resource is at the center of our conflict and our schemes to keep as much of it for ourselves is the sin that destroys us.
It is the moral imperative of sharing that is our hope. Its application lies in access, not distribution.
Laws merely band-aid a wound for a while until the next cut appears. We add another gauze wrap until we can comfortably disclaim the culpability that stems from the defective underpinning of our social order.
The earth, the home of our resource, is wiser than we are. We are here by accident; recipients, perhaps, of an invitation by a higher order delivered to the wrong address. Our importance is based on conjecture. When we spill our trash, we diminish the earth’s pristine wilderness, but in the long run we merely inconvenience ourselves. The earth has a better recycling program than we could ever create. It includes our demise unless we make it clean and fresh again. The only way we survive in our own short-lived time is whether we choose to love, to deceive, to honor or to destroy each other in the stewardship of our resource. A good place to start is to clean up our conscience.

John Bonanni spent a career in the theatre as a stage manager and producer at Radio City Music Hall, on Broadway, and on tour. His articles have appeared in Adelaide Magazine, Poor Yorick Journal, the San Antonio Review, and the Raven’s Perch. His backstage memoir, Just Off, Stage Right, is scheduled for release next year under Adelaide Books. He holds an MFA in Creative and Professional Writing from Western Connecticut State University.