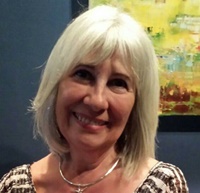 Linda Schifino is Professor Emerita of Communication at Carlow University where she is also working towards an MFA in Creative Nonfiction. Linda is currently writing a collection of essays describing growing up in an Italian-American enclave in Pittsburgh in the 1950s. She has had essays published in Voices from the Attic Vol XXIV and XXV and in DoveTales Literary Journal.