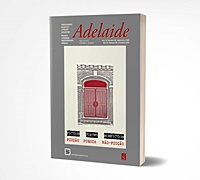 There was nothing said
until my brothers saw it happen.
They told Mum, who, shaking in rage,
told the head nun about the bullying.
More than bullied,
small boys were grabbed, arms held,
and with their legs spread
They were lifted and rammed into the football goal posts
Then left gasping, to crawl, stumble across the oval,
back to class once the bell rang for end of lunch.

The girls wielded silence and scorn;
knives slicing into my flesh
exposed but unbruised. Unwitnessed
whispers did other kinds of damage.

Sun leathered, gnarled
bloodied and scarred
lanolin varnished, bruised
greased, sandpapered
winter stiffened; cricket smashed
cigarette yellowed; creosote stained
bitten, burned, and reshaped
by farm animals and tilled land,
These hands
with fingers bent and broken
endure multiple lives and have spoken
of sweat, pain, of the crushing load
of debts paid with nothing owed
they were strong, worked night and day
like clocks, they show time’s tenacity
like all life, they reveal human frailty
And even in their eventual decay
As bones, these hands will have much to say

Rebecca Dempsey is a writer based in Melbourne, Australia. Her short fiction and poetry has been published around the world. She can be found at WritingBec.com.