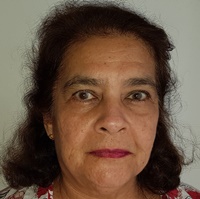 I was new to this land, in a culture that was totally alien to me; East and West are most certainly poles apart as I have learnt through personal experience. I had much to understand about the South Korean way of life. Being in a city that was miles away from the capital intensified the language barrier as English language speakers were so few and far between. In fact, the sum total amounted to thirty or so English language teachers of American and Canadian origin. There was a small scattering of Korean English teachers who spoke a rather quaint variation of the language, thus trying to understand the local customs as interpreted by them did not always convey the true meaning and essence.

I was fortunate to some extent to reside with the family of one of the teachers; he was in his early thirties and his parents rather elderly. The suburb of Bong Sung Dong was new and with South Korea’s rapid rise on the world stage, it was moving into the new era of housing estates. High-rise apartments that are so indicative of Western development were popping up overnight like mushrooms. The apartments came at a price too dear for the ordinary working person; they catered to the emerging market segment of the working rich, typically lawyers, doctors and those holding high office in the government sector. Interestingly, although this type of material divide had taken hold of Korea, there did not appear to be an accompanying social divide.

I was soon to find out that the apartments were under the close surveillance of the security guard stationed in a little hut, his office, in the centre court of the buildings. Each apartment had an intercom system that communicated with the security office and was used frequently on a daily basis. Not unlike a communist regime blasting information through megaphones, the security guard did his bit through the intercom system, informing residents of severe weather conditions, cautioning them about theft within the estate, reminding them of the change of season, highlighting important rules within the estate and so forth. It bemused me no end to find out that people actually waited on an official declaration asking them to change their clothing from one season to the next. The intercom was also used at a more personal level, to inform an individual that a parcel awaited pickup for instance, or that the school bus was about to take off.

My own experience with this system was rather different and oppressive. On finding myself alone in the apartment one day and feeling out of sorts, I decided to play my favourite Queen album at full volume. Soon competition emerged between Freddie and the security guard on the intercom but as I understood nothing of what he said, I could only ignore him. The security guard persevered with increasing indignation and eventually resorted to coming up to the ninth floor (where I was) and knocking on the door. It was then that I realized one of the greatest disadvantages of living in an apartment. Kim Il Sung, the dictator of North Korea who was still alive then may have inspired the South Koreans to install this blasted contraption everywhere, but to me it was no more than a noisy intrusion on my private sanctum. But my opinion did not matter, I had to put up with the blooming thing bellowing away as long as I chose to live there and Freddie had to take second place, played at below half volume. Not long after this incident, I found out that there was trouble brewing on the estate.

There were six blocks of fifteen storey apartments which comprised this estate. The centre court offered parking for the handful of residents that owned cars, thus ample space existed for the children to have a playground. It was this playground area that became the contentious issue as Ban Ki, my colleague explained to me. The managers of the estate had decided to develop the bulk of the centre court into a complex of retail outlets. The residents disapproved unanimously as this would mean no play area for the children. Ultimately the negotiations with the residents had led to the compromise that the complex would include a child care centre. While this was accepted by a some of the residents, the majority were not in favour as this would incur costs for a service that currently was free to all. Besides, where would the older children who were past child care centre age play? The pros and cons of the development gave the security hub ample opportunity to deafen my ears day and night.

I would generally rise rather late in the mornings as my work carried on into the late hours of the night. By this time my colleague and his parents had usually left the apartment and I would feel free to have my breakfast in relative quiet. The view out of the kitchen window was unsightly; there amongst the gentle hills was a hideously untidy construction site. I would watch this site intently each morning. Where the earth had been dug out and piled up in mounds, two women worked industriously farming these mounds. It was quite a marvel to see them plant fast growing green vegetables and harvest two to three crops before the earth would be moved. Here was a stunning example of efficiency and effectiveness that Frederick Taylor, father of the theory of Scientific Management and workplace efficiency would have been proud of.

That morning my attention was diverted away from the two clever farmers; a considerable din seemed to be coming from the courtyard below but I was too high up on the ninth floor to see it. I pulled up a chair and standing on it I was able to see part of what was happening outside. Development of the courtyard had no doubt started; the diggers and tractors had arrived and I could see the construction workers in their hard hats. Fences had been erected around the area but they were not going to be there for long. The residents were not demonstrating, they were rebelling and revolting. Armed with large sticks, pitchforks, kitchen knives, garden spades and kerosene tanks, they forged towards the construction workers. Together they created a formidable army that quickly had the workers running for their lives leaving all behind. The fences were torn down and anything ignitable was soon set alight. Everything including the bill boards and utility cabins that had been brought on site were soon turned into magnificent torches. Eventually, the police arrived on the scene but by this time only smouldering ashes remained. The brave band of resident women had orchestrated the attack unaided by a single male.

By the time I got downstairs, the action was over and police were making notes and interviewing groups of women who had been part of the riot. There were still a few flames that had to be beaten down and the security guard was excitedly trying to explain to others what had happened. The men were slowly crawling out of hiding, many looking more than sheepish, and others trying to pretend that they had been part of the action, trying to give their version of accounts to the police. But there was no question in anyone’s mind as to who had actually confronted the construction workers. One had to only look at the clean clothes worn by the men for the clear, sharp answer.

I resided at Bong Sung Dong for a few more months and it became clear that the construction company had heard the voices of the residents. They would not dare to confront the women of Bong Sung Dong again. As with all things in Korea, all the detritus from the riot remained for months on end. This area may have been the vision of Korean ‘high class’, but in the Western world the unsightly surrounds and the ever-present stench from the sewers would have immediately wiped away the premium from any property price.

When I went to Korea, I knew full well that I was entering difficult territory, a male dominated society. Yet, as time passed, I realized how much real power existed with the women. In societies such as this, the males are pampered from birth; first by their parents and then by their wives and doting mothers who do practically everything for them. They are not given the opportunity to feel any discomfort; discomfort is only borne by the less fortunate females of the family. In an unfortunate twist, this mollycoddling of the males has resulted in producing a female who knows that unless she is prepared to fight for her needs and those of her family, she will get nothing. Korean women have certainly earned the right to say ‘viva la femme.’

Christine Hand is a Brisbane-based academic and has worked in many parts of the world. She writes short stories and is currently working on a novel. Christine was frequently published in the ‘Korea Times’. She was also a regular writer for an online platform ‘Suite 101’. Submissions were of an academic nature and covered topics of a diverse range, mainly socio-political, financial, and historical. Christine also covered current affairs, book reviews and biographies.