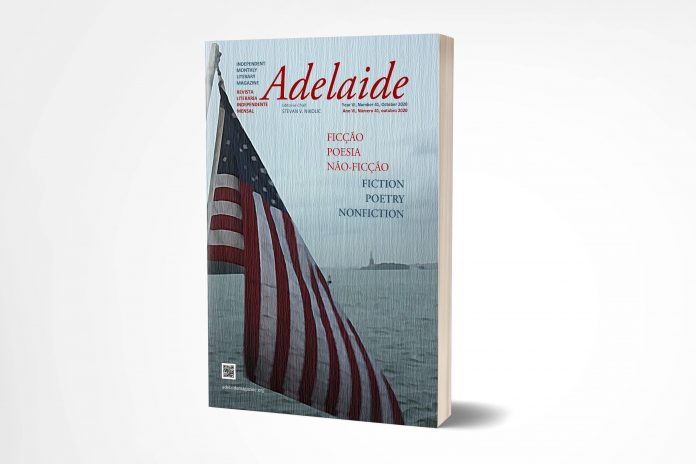 Much given to the idea of good order and predictability in all aspects of life, Javier, resident police officer in the same small town for many years, viewed with renewed suspicion the recently appointed, boyish looking priest now standing at the door of his church.  He did not approve of the young man and his pious affectations. As a spiritual police force the church of course played a useful role in regulating the moral life of citizens, and in discouraging too much thinking about matters beyond the intelligence of ordinary folk. But the priest’s intense otherworldly presence, in Javier’s thinking, unbalanced things.

“Ah, officer,” the priest said, when he saw Javier approach. “You haven’t seen someone come out of the church, have you?”

Javier shook his head as he studied the priest.

“There was a man praying in the pew behind me. I passed him as I made ready to put off the lights and lock up the church. At the door when I turned around, he had vanished. I’ve searched the church carefully but…nobody there.”

Very puzzling, Javier thought. He did not like puzzles. Puzzles required all sorts of effort. Now in his late fifties and looking forward to retirement, Javier felt that he could leave puzzle solving to his more ambitious and energetic big city colleagues.  “Can you describe this man?” he asked – a mechanical response rather than a reflection of any quickening interest.

“Quite young, I think, longish, black hair,” the priest replied. “Couldn’t see much of his face as I passed him.  Dressed in dark working clothes. Never seen him before.”

“Lock up the church and go home, Father,” Javier said decisively. “I’ll make some enquiries and come around again in an hour or so. If anything’s unusual, I’ll let you know.”

Vanishing man! thought Javier already beginning to dismiss the priest’s concern as he watched the young man walk away. Overactive imagination, most like, too much praying. A case for a psychiatrist rather than a policeman.

I would have made a good priest, Javier told himself as he recommenced his stroll round the town. But a good solid priest, eyes firmly fixed on the people not forever gazing heavenward, like this chap. He was liked, so he believed, well respected and often confided in. Twice a day, and sometimes more often, he would sit with the old men at the tables outside cafes listening to their gossip, their complaints about wives and children, their aches and pains; and, when young women passed, he heard them confess their lust fuelled imaginings. “Now, now,” he would say pretending to scold them “… you’re far too old to be thinking that way. Not good for your blood pressure.” “Blood pressure be damned,” they would reply. Then he would administer his own form of absolution – an admonitory wagging of his forefinger – and he and the old men would laugh together.

Days later, one evening, when the light was beginning to fade, Javier thought he saw a youngish man with quite long black hair enter the church, the briefest of glimpses but enough to energise what remained of his investigatory instincts. Ah he thought with a smile, the priest’s vanishing man. A loose end, that can quickly be tied off.  He briefly debated his options: Question him immediately, or wait in some convenient spot, follow him and see where he goes.  Curiosity decided the question in favour of surveillance. He took up his stance under a tree at a convenient distance from the church door. After half an hour he grew impatient. How long can a person pray for? he asked himself. He casually made his way towards the church.

As his sight adjusted to the dark interior of the church Javier quickly spotted the priest bent in prayer. He quietly looked around. There was no sight of the man with dark hair. An irritating thought occurred to him. Was someone playing a game with him? Was the man standing by the door and slipped out when I entered. But what possible reason would anyone have for such silliness? Then a new darker, more perplexing idea took root in his thinking: that he was being infected by the priest’s nonsense. This was not impossible, he decided. Years of police work had taught him that expectations sometimes play tricks on the senses.

As Spring gave way to Summer disturbing rumours began to percolate through the town. A child who was blind had, supposedly, recovered her sight after being touched by the young priest. A woman who had cancer was cured – supposedly! – after being prayed over by the priest. The priest had funny marks on his hands. Supposedly!

All make believe! thought Javier. He liked the people of his town, but there was a strain of gullibility in their character which from time to time gave credence to ideas which unbalanced the settled order of things.

But then a worry: in increasing numbers, strangers, all searching for the priest, began to filter into the town.  The predictable pattern of life was being threatened by the boy priest and his pretend holiness.

The arrival of the large black Mercedes, the diocesan car and the sudden removal of the priest to an unknown destination was, for Javier, a source of quiet satisfaction. Perhaps my report had something to do with it, he judged. Brief, factual and to the point, it laid out for his superiors his concern that matters were moving beyond the point ‘…where good order could be maintained by one officer’. Did his superiors speak to church authorities? He liked to think so.

In the following months as he did his rounds, Javier thought he saw a dark stranger enter the church – a few times and always the merest glimpse. Silly imaginings he thought. Shadows! Tricks of the light!  Increasingly, however, he tried to avoid going past the church during certain twilight hours.

J F Young   Biography: Author is an old chap, grappling with themes of limits, longings and finitude.  Likes spooky stuff. Lives in St Andrews, Scotland, an ancient town with an ancient university, home of golf, home also – allegedly – of many ghosts. (He has not met any yet.)