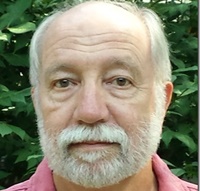 Most children grow up loving licorice instinctively, but I’ve never learned to tolerate the stuff. So it’s been a surprise to me that I enjoy ouzo so much. Granted, ouzo is flavored primarily with aniseed rather than licorice, but the tastes are similar, and I’m embarrassed to admit that with my eyes shut I can’t tell them apart. In any case, the tiniest sip of ouzo, even the slightest passing whiff, summons up the dazzle of bright sun on blue water and the sizzle of cicadas in the pines. If I can’t be in Greece itself, a glass of ouzo is the next best thing.

Ouzo seems to have originated where West nearly meets East—where northeastern Greece stretches out toward Asia Minor. The grapes that yield the spirit base are grown there, of course, as are the anise plants (Pimpinella anisum) whose seeds provide the predominant flavor.

The predecessor to ouzo was tsipouro, a crude brandy distilled by Greek orthodox monks from the must or pomace left over from pressing grapes for wine. At some point, enterprising souls learned to soften its raw taste by adding a distillate of aniseed, and ouzo was born. Then when Greece broke away from the Ottoman Empire in the nineteenth century, the liqueur came to symbolize the nation’s new-found freedom, and today it accounts for about a fourth of the alcohol consumed in the country. Ouzo even received a Protected Designation of Origin from the European Union in 2006, meaning that its name can be used only by producers in Greece and Cyprus.

Natives of Lesvos claim, with some justification, that their island’s many varieties of ouzo are the best, and the Aegean island can even boast an ouzo museum. However, the honor of being the oldest ouzo distillery goes to the Katsaros Company of Tyrnavos in the mainland region of Thessaly. According to company literature, family patriarch Nikolaos Katsaros obtained permission from the newly independent Greek government to distill and market the liqueur in 1856. The more familiar Metaxa distillery came along in 1888.

In the twenty-first century there are a myriad ouzo producers in Greece, and I understand that one famous Athens ouzerí (ouzo bar) stocks an astonishing 688 brands. Some newer brands are “assembled” rather than distilled in the traditional manner, and some based on mixed grain and grape spirits, but virtually all are flavored with a complex medley of botanicals. Metaxa’s recipe, for instance, includes not only aniseed and mastic but also fennel (which of course tastes much like licorice) and coriander. Other brands use licorice itself, star anise (another licorice taste-alike from Southeast Asia), mint, cloves, hazel nuts, cinnamon, mastic (from small trees cultivated on the island of Chios), cardamom, and even lime blossoms. Most ouzos are dry, but some distillers, particularly those in southern Greece, sweeten their product with sugar or honey.

Ouzo is a fairly strong drink, with standard brands averaging about 90 proof—that’s 45 percent alcohol. It’s traditionally served with a glass of cold water, but here we run into a quandary. Greek guidebooks routinely advise you to pour your ouzo over ice cubes or mix it with the water—steps that release its aroma and turn it milky white. (It seems that anise oil isn’t soluble in water and separates as an emulsion that scatters the light.) However, one well-known Greek cookbook maintains that mixing creates the kind of “bad” alcohol that produces hangovers, while others insist that it’s precisely the way to avoid them. But whether they mix it with water or drink it straight, Greeks drink their ouzo siga, siga—slowly, slowly. I urge my guests to do the same, awakening their taste buds not only to the oniony stifatho I might be finishing on the stove but also to the appetizers I’ve set before them.

If you’ve seen the Ben Kingsley film Pascali’s Island or read the fine novel by Barry Unsworth that it’s based on, you know that Kingsley’s desperate character often subsists on the mezés or mezédhes (the equivalent of Spanish tapas or Portuguese petiscos) traditionally served with ouzo. Over the past few years, enterprising Greeks have set up large ouzerí (the word is the spelled the same whether singular or plural) to capitalize on the growing popularity of snacking on a selection of such little dishes—fried cheese, roasted eggplant, a saucer of olives, and so on— rather than consuming a traditional meal. On a purely practical note, consuming food with the liqueur softens the effects of the alcohol.

As I write these words, a bottle of ouzo is sitting in my modest bar and some tangy Kalamata olives are waiting in my pantry. Although I may not be traveling there for another year, a generous taste of Greece is only a few steps away, and the cicadas are already singing.

Grove Koger is the author of When the Going Was Good: A Guide to the 99 Best Narratives of Travel, Exploration, and Adventure (Scarecrow Press, 2002) and Assistant Editor of Deus Loci: The Lawrence Durrell Journal. He lives in Boise, Idaho, USA, and blogs about travel and related matters at worldenoughblog.wordpress.com.